Just Wait Till Next Year | Trends 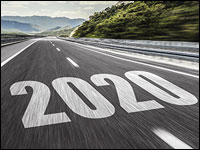 For the last 15 years I’ve written year end articles on where we’ve been and where we’re going in CRM and more broadly in tech. This year, as I went through the pieces I wrote, it struck me that the major topics that were important in 2019 would be equally important in 2020.

In my mind there are several clusters of things that have sticking power.

Everything I’ve seen suggests that platform will be a bigger story than it already is, and there are similarities between the emergence of cloud computing 20 years ago and the emergence of platform.

Most people missed the significance of cloud for a long time, seeing it as an alternative delivery mechanism and not the revolutionary and commoditizing force it is today.

Platform is like that because it makes software flexible rather than brittle, and so it is the driving force of business agility. It’s also the thing most enterprises miss in their headlong rush to digital disruption.

Be aware that “disruption” itself carries no positive or negative meaning, but moving on digital disruption without a solid understanding of the importance of platform is likely to form a negative association.

I base this on research I did, sponsored by Zoho. Vendors to watch include Zoho, Salesforce, Oracle and Microsoft.

Most CRM consumers don’t have much knowledge of Dev Ops, which is an approach that merges management tools and technologies with culture shift and development strategies within a development organization.

A development organization bigger than about 50 people can struggle keeping sandboxes, orgs, and releases synchronized and operating as they should, suggests research I did for Copado, which focused on Salesforce Lightning.

Successful enterprises using DevOps can modify and release their core business software at will — none of this next week or next month stuff. That’s why DevOps is a big deal and will only get bigger. You need it to support your digital disruption and your platform.

I don’t know how old API integration is, but companies like MuleSoft have some cool stuff that makes integration as easy as anything else on a platform. I think you need it to support DevOps and to support my pet project, the information utility.

We’ve long passed the time when you reasonably could expect to buy all of your enterprise software from one vendor and have it seamlessly integrate. Actually, it’s not clear that time ever was real. In a heterogeneous software world, fast, quick integration is a necessity, so this thing will become more important.

This is my hobby horse — every analyst has one, I guess. I’ll try to be brief. As we continue moving into a heterogeneous future, we are converging on the ultimate technology commoditization, an information utility.

Information is so vital to modern life that everyone must have access to it, and it has to be fast, nearly free and seamless. Some of the other topics in my list feed into this — for instance, platform and API integration.

The utility presents one of the greatest money-making opportunities in tech since the emergence of SQL and the relational database. It is as needed too.

Note that there’s a difference between data and information and some of the data model concepts that we’ve used for a long time might inspire ideas like an information model, but they’re different and require their own set of rules. In that, the utility will look more like SQL.

Meeting of the Minds: JEDI

The year just ending saw the finish of one of the more tortured procurement processes ever seen in federal government computing, the US$10 billion, 10-year procurement of cloud computing for the Pentagon.

Microsoft won in a process marked by litigation brought by contenders like Oracle, but here’s a surprise. I don’t think Microsoft alone will deliver the whole project, simply because there are so many other great technologies that can contribute. Microsoft, I think, ultimately will function more like a prime contractor than a sole awardee.

Today, I think JEDI and some meeting of the minds among the likes of Microsoft, Oracle, IBM and Amazon, might be significant for the formation of standards that drive the information utility. But what do I know? I’m just an analyst.

We’re in difficult times with social media, made that way because of the advertising business model, not the technology itself. The model has to change — and with it the organization of the companies and what they do for stakeholders.

Social has become the poster child for a new Gilded Age and billionaire bad behavior. Don’t look for much in the way of solutions this year, because it will take new legislation or possibly legal action to break up the big guys. The political situation isn’t ripe for that yet.

Nonetheless, we might be seeing social’s growth reaching its asymptote, because its benefits have been at the point of diminishing returns for several years already. It’s possible that newer technologies, like notifications, might overtake social per se — but not yet.

The best we’ll see in the year ahead is that social might slow the bleeding it has caused, which would be a good start. No promises though.

Over the summer the Business Roundtable, a global group of enterprise C-level types, revised its view of the purpose of a corporation.

Historically, Milton Friedman’s statement that a corporation’s purpose is to make money for shareholders and maximize shareholder value, has become something of a rallying cry. The revised statement includes not only shareholders, but also employees, customers, partners and suppliers, and local communities.

I was exposed to this line of thinking by the people at the Salesforce Philanthropy Cloud. It dovetails well with Marc Benioff’s focus on giving back, and the Pledge-1-Percent movement he helped start.

Many people get turned off by this, and rightly so. The younger you are in America, the less fearsome the idea of socialism.

The tech era we’re entering has philanthropic solutions worth considering, if for no other reason than keeping other stakeholders happy is a good way to keep shareholders happy as well. This idea isn’t going away.

I am leaving out a lot. There’s no doubt 5G or advanced predictive analytics could be included, but those are evolutionary ideas. They build on the past and will make solid incremental improvements in the years ahead.

The things I’ve noted here are revolutionary, to a degree at least, and their impact will be greater. One of the advantages of taking this position is that if I’m right about any of this, I’ll be around next year to expand on my ideas. If not, there will be something else to write about.

It’s a pleasure to write about CRM and technology in general, and a privilege to know you read some of it. Happy holidays!