Key Tips for Scaling Your Startup from Jason Calacanis 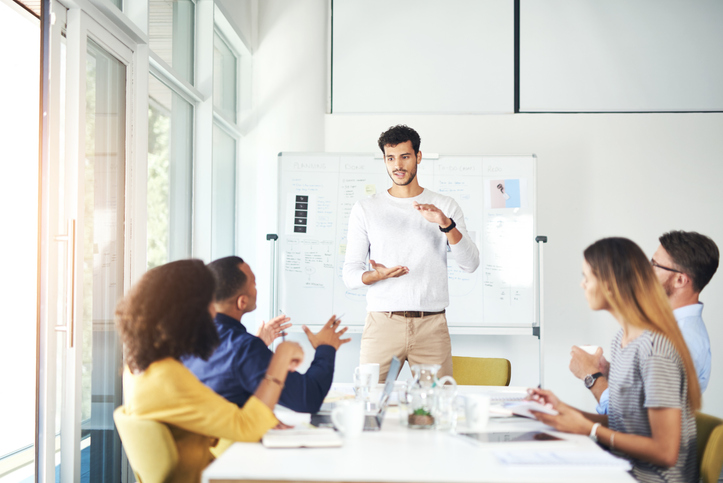 LAUNCH founder Jason Calacanis recently sat down with NetSuite to share what heâ€™s learned over a career in which heâ€™s invested in more than 200 startups, including unicorns like Uber, Thumbtack, Calm.com and Robinhood. Some of his insights are surprisingly counterintuitive, others refreshingly down-to-earth. Theyâ€™re all expressed in the kind of frank, practical terms that the industry has come to expect from one of its boldest voices.

In the webinar, Calacanis explained what works in the earliest stages of a startupâ€™s existence doesnâ€™t necessarily attract angel investors; what an angel investor sees as a sign of promise might strike a venture capitalist considering a round of Series B financing as a threat to ROI or a negligent investment altogether. Businesses in the startup phase that anticipate these challenges make the best possible case for the kind of financing that drives increased market penetration and valuation.

Here are a few takeaways:

Generate Revenue Right Off the Bat

Calacanisâ€™ first point is the most important: startups should have one business model, and it should include revenue generation from day one. A long-term vision of success is what gets startups off the ground, but Calacanis warns against applying that same long-term thinking to a startupâ€™s business model.

The days are gone when most startups could count on slowly developing a user base before introducing advertising revenue: companies like Uber and Airbnb incorporated revenue generation into their earliest business models and adjusted their revenue streams only as they made commensurate changes to their services and overall business models. In time, a startup may produce strong, reliable revenue streams through subscriptions, advertising and affiliate programs, but itâ€™s unlikely to get anywhere near that point if its founders donâ€™t concentrate on what works best right from the start.

If a startupâ€™s business model should stay simple, so should its approach to product development. Founders are naturally filled with ideas for their flagship products, some of which can be incorporated in beta, others of which need to be held for future releases. And the ideas keep coming as a startup matures. Thatâ€™s a good thingâ€¦right?

Not always. Calacanis notes that most successful startups focus on steady, incremental improvements to core services, not the introduction of flashy new features. A startupâ€™s goal should be to produce deep products and services of narrow scope; this approach tends to set a startup apart from its competition and to cultivate customer loyalty. Developers, who know this phenomenon as Feature Creep, will be happier, too.

Itâ€™s an awkward and often painful reality, but the right team for a startupâ€™s bootstrapping phase isnâ€™t the right one for an angel investor. Founding partners who feel right at home in the whack-a-mole flurry of a startupâ€™s early days may not be content with just one role, or even effective in that capacity. And the distinction grows even more stark when rounds of VC move those founders up to managerial roles.

Successful startups are honest about the need for fewer generalists and more specialists as their companies grow. And they become adept, however uncomfortable the process may be, at helping people move on when the time is right. Even when those people helped launch the company from a dorm room.

Hear the rest of Calacanisâ€™s points in his own distinctive voice.