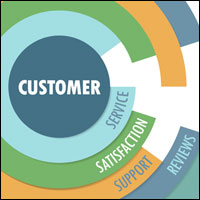 This story was originally published on June 30, 2018, and is brought to you today as part of our Best of ECT News series.

Before I was a parent, I was a youth leader for high school-age young people. As individuals, they had unique personalities, skills and stories, but one thing that was universal was the effect that parental communication had on them. Whether it was a criticism, a suggestion, or merely a bit of information that might prove helpful, the teens tended to look down on it, or even become hostile toward the person delivering the message.

As a youth leader, I found that I could provide the same criticism, suggestion or information and it would be received in an entirely different way — with consideration, respect or enthusiasm. The difference was that the teens saw me as an adult peer rather than a parent. (This is something I’ve filed away for the future when my own daughter starts to exhibit this behavior.)

In superior/subordinate relationships, subordinates often develop negative feelings over time. Part of that is natural — as with the persnickety teens above — as we attempt to assert our individuality. Part of it may be the result of poor prior experiences with authority. Part of it may owe to emotional immaturity and inappropriate reactions to having one’s ideas challenged. In any event, most of us can recall a time when our own issues caused us to push back against the advice or orders of others.

In a CRM context, that tendency can directly endanger efforts to improve sales, support and marketing.

A sales manager who suggests new strategies, unveils new territories, or even merely encourages the sales staff to use CRM may encounter significant pushback.

In the support world, efforts to coach agents may be met with skepticism and even hostility by agents who feel they’re already doing their best.

Marketers often bristle at suggestions from other parts of the business — especially sales — because, after all, they’re marketing, and they know their stuff better than anyone else.

When this happens, opportunities to improve processes, boost sales, and enhance the customer experience are lost. So how do you overcome them?

Point to the Numbers

One strategy is to use numbers to make your case. We record so much data about business operations today that numbers derived from data — and especially from predictive analytics — can bolster managers’ arguments.

For example, telling a salesperson that using CRM would help boost results might trigger all the usual objections to adoption — objections about the time spent on data entry, about how managers use the data to beat up sales people, and so on.

However, pointing out that the use of CRM can increase sales by as much as 29 percent, boost productivity by 34 percent, and improve sales forecasts by 42 percent (according to a Salesforce study) could change the discussion. The salesperson still might argue, but the argument then would be with the numbers and not as much with the manager.

Better yet is to apply the peer principle I experienced with the teens in the youth group. Thanks to “voice of the customer” efforts and the increasing use of direct customer input, businesses are being told what their customers want from the customers themselves. This translates into the ability for managers to suggest changes based on this input as coming from the customers — in other words, not from an authority figure but from a peer.

An example of this is in the contact center world, where several large companies are gathering agent-level customer feedback and, by doing so, turning their customers into coaches. Post-interaction surveys designed to ask about each call allow customers to inform and reinforce coaching — the suggestions aren’t coming from the boss, they’re coming from the customer.

“One of the main reasons why such feedback is a hit in contact centers is that it is a hit with agents,” wrote Brad Cleveland in his book Call Center Management on Fast Forward. “Most find it easier to accept an assessment of their performance that includes feedback from the person who was directly involved in the contact rather than from a third-party observer alone. And the more palatable and trusted a performance assessment is, the more likely an agent is to accept it and to strive to improve.”

In the same way, customer feedback about marketing can be tremendously powerful for marketers, who face internal criticism from sales all the time and who tend to develop a thick skin toward internal advice as a result. Breaking through that armor with feedback from customers — the people marketing is supposed to influence — is a critical tactic for aligning marketing’s messaging with the real world.

Sometimes what causes people to listen is not the message but the messenger. If you have the right people in sales, marketing and support, the ultimate messenger is the customer.

Chris Bucholtz has been an ECT News Network columnist since 2009. His focus is on CRM and other topics surrounding buyer-seller relationships. He is director of content marketing for
NewVoiceMedia, and a speaker, writer and consultant. He also has written four books on World War II aviation.
Email Chris.