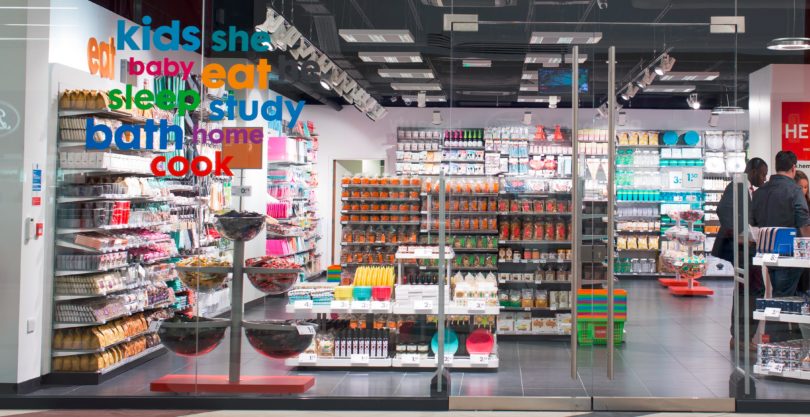 Summary:
Coronavirus has had an impact on supply chain demand management demands across the retail sector as Dutch firm HEMA has found.

Even before Coronavirus, retail had already been assailed by disruptive forces. In the quarter century since e-commerce first embedded itself in our lives, the High Street and Main Street have seen shops shut, established names collapse, and interlopers appear overnight. Bricks and clicks have combined in countless new ways.

A new generation of fickle shoppers browses in store, buys online, demands next-day delivery, hates friction, and wants payback for its loyalty. Or at least it did before 2020 arrived and changed everything. Now tales of bustling malls being  replaced by shoppers swiping at their phones seem less like tabloid scaremongering and more like daily life in a locked-down world.

So how does a retailer cope in this unexpected reality? And what can other businesses learn from its predicament and technology choices?

Dutch company HEMA is a design-led, own-brand retailer that specialises in low-cost, design-led homeware, apparel, stationery, food, and drink – a mix that pitches it against the likes of Muji, Flying Tiger, and Ikea.

The Hollandsche Eenheidsprijzen Maatschappij Amsterdam, as it was originally known, opened its first branch as a department store for ‘ordinary shoppers’ in the Netherland’s best-known city, rather than for its wealthiest customers. It now operates in eight European countries (including the UK), plus the United Arab Emirates. Pre-Coronavirus, 19,000 employees served over six million visitors a week across HEMA’s 750 stores.

Its business strategy has shifted throughout its history: HEMA started in bricks, moved into clicks, went international, expanded its digital and physical channels, and is now morphing into yet another shape: pushing its own-brand, “no-nonsense with a smile” goods into other companies’ stores and Web presences – current crisis permitting.

One impetus behind the change was that HEMA was acquired by private equity in 2006, leaving debt in the business. As a result, it lacks the capital to open dozens of new stores. But fast forward to 2020, and the world suddenly looks a very different place for everyone and debt is holding the economy together.

Although its Dutch online store remains open, like many companies, HEMA is hibernating territory by territory until the Coronavirus crisis passes – at least as far as the public is concerned. Behind closed doors, it is working on planning and securing its supply chain.

Jan Daan van Erven Dorens is HEMA Supply Chain Manager – a role that is the fulcrum of any business, in terms of forecasting, managing demand, and sourcing products from a global market. In 2020, that presents a complex set of challenges.

HEMA designs its own products, but doesn’t produce them itself. It has always looked for suppliers worldwide to fulfil orders across different lines of the business, says van Erven Dorens:

We are always looking into how to improve and manage the process of demand forecasting and replenishment. So on forecasting and predicting sales we’ll make a product, determine how much stock we need per store, and how the stock will flow from the factory to the stores. And with that, we know how much we need to stock in our distribution centres coming from the suppliers.

We need to make arrangements with suppliers a long time in advance, because they need to be able to prepare production. They only make products for us specifically, so they need to prepare and buy all the raw materials.

This, then, is one of the hidden challenges of the pandemic for all businesses, beyond the more obvious healthcare, employment, and economic impacts. It is not just about closures, staff absence, and lost revenue today; it is also about maintaining a complex global supply chain tomorrow, in which forward planning, raw materials, finance, purchasing, manufacturing, distribution, trust, and relationships are key.

In other words, today’s closures and lockdowns have knock-on effects for a network of businesses months down the line, a challenge made more difficult by the virus hitting countries at different times – in some cases weeks apart.

Manufacturing hub China fell first, shutting factories and distribution networks. This created a domino effect for Western businesses long before the virus arrived here. Except it isn’t a game of dominoes, as the rolling effect then loops back to manufacturers and industrial partners in terms of demand lost from countries hit later on.

In a pre-( and post) Coronavirus time, the way HEMA manages its global sourcing processesdepends on the product type and the buyers, explains van Erven Dorens:

In food, for example, most of the suppliers are in the Netherlands and most of the materials are easy to acquire. So, there we have lead times of maybe a few days. But we also source apparel in the Far East, in China or Bangladesh, for example, and there we have lead times that may be over 100 days or up to six months. So we have a much longer outlook.

A few days to half a year is a broad spectrum of supply and demand. From this we can see that maintaining the food chain locally is a challenge for everyone – in the UK, farmers have issued urgent appeals for crop pickers – while the impact of rolling shutdowns worldwide will have lasting effects on supply chains for a huge range of goods.

Factor in a probable global recession caused by the virus, widespread loss of life and rising unemployment, and it’s clear that we will be living with the virus’ impact for a long time to come. When one domino falls, others follow.

At present, the retailer is in a transition from using DCM, an established, time-series-based forecasting system from Teradata, to adopting a more predictive, machine learning and AI-infused approach from Blue Yonder:

The forecasting we are still doing is based on a system we acquired 10 or 12 years ago. But a machine learning [system] looks more at what are the effects on sales of a particular situation, and takes them into its forecasting model. It also looks into other variables, such as the price of the product, the effect of a promotion, and what the weather is like.

And then at all kinds of attributes of a product. Are there other products on sale that can influence the demand? Or it looks at other variables that feed into the model and influence sales. And if you model all of those, it can create a more accurate forecast than time-series algorithms. Our time series modelling is OK for items that have long sales histories, but for items where there is a lot of fluctuating demand, or things like price changes, it is not so accurate.

One reason for making a change is that we are moving from selling our products only in our own stores or on our website to selling them in others. And that has big implications on our whole supply chain and network, and what the capabilities are in our production. We need very high service levels and higher availability, and we need to have a better forecasHEMA shortlisted three vendors for the planned transition and sent them historical data on 900 products – everything they needed to create a forecast.

After that, van Erven Dorens’ team then compared the results with actual sales and found that the Blue Yonder offering was 30% more accurate than the others and produced fewer errors.

All positive stuff. Then Coronavirus hit mid-transition, presenting a global crisis that few organizations would have been able to predict or model accurately. This first become visible to HEMA when the situation in China became clear, says van Erven Dorens, with the retailer sourcing a significant percentage of inventory:

It coincided with Chinese New Year, a holiday period, and we always have to be very careful to plan around that, in terms of when people go back to the factory. Each year it’s always a struggle. Factories are closed and they never give us a real date so we are able to prepare production. A lot of production takes place before the holiday period, as we know they will be closed.

These observations raise an extraordinary point: the fact that the crisis coincided with Chinese New Year may have saved countless human lives throughout the world, as workers were not in factories.

Paradoxically, it may also have kept Western supply chains running thus far, because production was ramped up before the holiday period. But the flip side of that is that the full supply chain effects may not have been experienced in the West as yet:

When the crisis started, we already saw factories being closed. We saw that orders were not going to be delivered, and we didn’t get information on when they would be delivered. We have a Far East office, but the people there had to stop working. So in January, we were already aware of what was going on and we already had to plan and re-plan. We started to constrain supplies to our stores, only sending them amounts of stock that were really needed to sell. We were already anticipating that we would run into scarcity problems because of all the orders being delayed from China.

The situation now is gearing up for more outbreaks in the rest of Europe. […] We’re building up a lot of stock now in our distribution chain, because of all the stores that are closed. There’s a big shift in the category of sales. Groups like personal care, home study, stationery, kids toys, are all selling really fast, because people are working from home. And of course Web traffic is big.

As of today, some of HEMA’s online operations are temporarily closed for business – UK, Germany, France – while others – Netherlands, Belgium, Spain – are still operating. It’s a developing situation.

The crisis has had an effect that few AI or ML systems would have predicted in the past – though they might model it in the future, with the wealth of new crisis data. HEMA has once again become a local store for local everyday shoppers, who look to it to supply their basic needs. It has been forced to return to its roots.

But in the future? Well, none of us can accurately predict that.