Mentoring Minds Lends Lessons on How to Empower Smart Growth 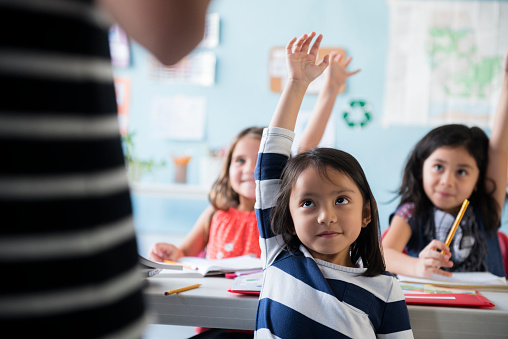 Proving that it’s not only tech startups who turn garages into business incubators, Michael and Lisa Lujan took an idea to make teaching easier from their living room to a conference to garage to multi-million dollar educational publishing powerhouse.

As an assistant principal, Michael Lujan saw how much of a chore it had become for teachers to ensure that lessons incorporated the latest standards. Aiming to help ensure that requirements were met, the couple had catalogued their collective knowledge on five inches of paper housed in a binder.

To ease this process, Michael Lujan condensed the material onto easy to use flipcharts, packed with standards, strategies and research-based best practices. The flipcharts soon proved wildly popular with teachers at his school, who urged him that his idea would benefit other Texas educators and ultimately of course, their students. Backed with that encouragement, he, Lisa and his mother took up shop in the garage, made a couple hundred flipcharts, brought them to an educator’s conference, and completely sold out in minutes.

From those humble beginnings Mentoring Minds was officially launched in 2002 in Tyler, Texas, and today, 120 employees help create and sell educational materials that benefit some 40,000 districts, reach 4 million students and in all, amount to a business that does $25 million in revenue annually. The business, and the couple, has earned countless awards, including being named “Champions of Change,” by former President Barack Obama.

But getting there, of course, wasn’t without its challenges.

In its early days, the business printed, packed and shipped materials from its own warehouse, and processes were managed with QuickBooks, Microsoft Access and Excel. Like any startup with an irresistible product, Mentoring Minds soon started to outgrow that approach. As demand for its products grew, the company outsourced printing and logistics so it could strengthen focus on its core competencies – creating the materials that help teachers stay current with an ever-shifting landscape of federal and state mandates.

Then, spurred in part by the official launch of the Common Core standards in 2009, Mentoring Minds started to contemplate growth outside of Texas.

But it knew it couldn’t embark on a national growth strategy with its current systems. Everything was in silos, and Excel spreadsheets couldn’t lend end-to-end business visibility to make insight-driven business decisions.

“We knew we were on the cusp, if we did it right, we were going to need something that could scale with us,” said Gavin Rasco, Principal, Corporate Systems at Mentoring Minds, who has been with the company nearly since its founding, joining as the marketing director some 12 years ago.

In 2012, Mentoring Minds decided to empower growth outside of eastern Texas with NetSuite, choosing the software over Salesforce.com because it provided a unified platform and end-to-end view of finances, operations, project management and sales. In turn, in leveraging cloud-based software, the company could both decrease its overhead, while increasing its ability to hire people nationwide to create and sell its products.

Mentoring Minds implemented NetSuite in 58 days, in time for the busy start of school season. On the precipice of growth, NetSuite enabled a small business to act like a big business. With NetSuite in place, its marketing department of three could push out millions of pieces of direct mail and communications per month, and with robust, integrated CRM, one sales rep could work to boost sales of its new products across the country (by comparison six sales rep worked to cover Texas alone).

Besides gains in efficiency, transparency was one of the most immediate benefits from its NetSuite implementation. Sales reps had a 360-degree view of their clients, including prospects, orders and pipelines. The CFO had access to reports like month over month revenue in real-time, which used to take several days to get that information, and everything was easily consumable through a dashboard.

“We were always looking into the past,” Rasco said. “NetSuite helps us look into the future to leverage what we’ve learned to know what to do going forward.”

Like the product his company sells, Rasco said his role at Mentoring Minds is to make sure employees can better do their jobs. NetSuite is a huge part of delivering on that imperative, he said. He meets with departments on a regular basis, to see how he can deliver content through NetSuite that will make their processes more efficient or their roles easier.

A major initiative right now is working to integrate Mentoring Minds’ digital platform with NetSuite to surface information on how users engage with the digital assets. Users get access to the online educational resources along with their subscription to the physical materials. They’re looking to correlate things like usage rates with success rates of the students in particular districts, and help teachers optimize their use of the software – and increase engagement with the digital assets – which roughly half of the customers currently use.

“We want to be a partner,” Rasco said. “By digging into usage rates, we can say, ‘hey, we noticed you don’t have all the educators set up in the platform yet. Is there something we can do to help?’”

Now Mentoring Minds is poised to continue to partner with educators and continue to grow as standards in education continue to evolve and spread.

Learn more about how NetSuite software is empowering education companies.