Summary:
When COVID-19 hit, Farrow & Ball sold mostly through third parties. However, it has had to adapt its entire manufacturing strategy to redirect focus to online sales.

Farrow & Ball is a UK-based luxury paint manufacturer and distributor. It’s brand started back in the 1940s, but in recent decades has really cemented its reputation as a high-end, quality and trendy product for those looking at home improvements.

Up until recently, the company did most of its business (approximately 90%) through third party suppliers, such as DIY chains and individual paint shops, as well as its own nationwide showrooms. Only 10% of its sales were made direct to the consumer, through online channels.

However, when the COVID-19 pandemic hit the UK and the reality of lockdown and social distancing came into play, Farrow & Ball soon realised that its third party in-store strategy wasn’t going to support its sales and growth in the near future. As such, the company had to rethink its manufacturing operations and logistics to shift to selling via its own online channels.

Speaking at IFS’s virtual user event MindFuel (see diginomica’s full coverage of the event here), Anthony Davey, CEO Farrow & Ball explained how the company remained agile and was able to adapt to the unprecedented crisis. On the company’s initial response to COVID-19 and the impact felt on demand, Davey explained:

The first focus and impact was on workforce management and safety. Understanding the degrees of risk with each of our staff members and acting accordingly. Ultimately all of the central functions ended up working from home.

At the start of the crisis we had a significant influx of orders from some of our big customers – very big orders – because I think they figured that there may be difficulty in getting product and they wanted to stock up. Those orders put quite a significant strain on our supply, logistics, manufacturing. And then those orders evaporated because those customers figured they might not be able to sell the products, so they cancelled.

At that point business began to boom in our showrooms, because some of the third parties were no longer selling. And then very quickly the showrooms had to be shut down in accordance with government policy. And then our web business, which was already rapidly increasing, completely took off.

Up until the health crisis gripped the world, Farrow & Ball’s online direct to consumer business, as noted above, represented about 10% of its sales. However, once lockdown hit and consumers had time on their hands to do some home renovating, but couldn’t get to stores to buy their paint products, the company’s website really came into its own.

In terms of quantity, prior to lockdown Farrow & Ball was shipping about 1 tonne of paint a week via online sales. However, this has soared to as much as 13 tonnes a week since COVID-19 took hold. This has had implications for the company’s manufacturing strategy. Davey said:

That was quite challenging because we ship to customers in showrooms in large, efficient sized pallets. And we ship our web business in small cardboard boxes, picked by individual members of staff going directly to the consumer’s home. You can imagine that was quite a challenging shift in the demand profile.

Not only is it a lot to cope with shifting from doing one tonne of paint to 13 tonnes of paint a week – and the web business has gone from about 10% to 50% [of sales] – but that had to all be done within the confines of safe production practices. We had to reconfigure our manufacturing to small batch manufacturing, we had to reconfigure our warehousing, reconfigure our dispatch to small packaging and pick and pack. Within the context of everyone having to be six feet apart, the appropriate PPE had to be acquired rapidly, and we had to change shift patterns to ensure there wasn’t overlap.

We also had to do things like creating flexibility around clock in and clock out times, so that people didn’t have to get within six feet of each other. There were numerous occasions where we had to reconfigure our practices, right down to the staff canteen.

Davey said that Farrow & Ball is experiencing exceptionally strong top line performance so far this year and the company is “well into” double digit growth. And although there have been challenges in adapting, the result has been one of the most positive business periods in recent times for the company.

To get a grip on changes in the market, Farrow & Ball has undertaken work to try and understand the demand indicators, to get a clear sense of where it is coming from. One of the key things, on top of people bringing forward home renovation projects, is that Farrow & Ball’s competition hasn’t been able to adapt as swiftly and be agile in the response to COVID-19. Davey explained:

There are a couple of things going on, a couple of dynamics that are driving our very strong results. One is, we are getting market share, quite frankly, because not all companies in the industry are set up to shift to a small batch manufacturing, pick and pack business. As you can imagine there are players out there where that is just not their business and would struggle to change so quickly.

In addition to this, Farrow & Ball has also redirected its highly skilled designers, which usually spend time in showrooms and working with the paint design team, to help build the company’s social media presence online. And the results have been impressive. Davey said:

We’ve had a really positive response. We crossed the threshold of more than 2 million social media followers and we delivered 90 million unpaid impressions in the month of March. Our previous high was 30 million. I think people were ripe for it and we redirected our expertise to those areas.

Finally, commenting on the future of the business and how COVID-19 may have shaped Farrow & Ball over the long term, Davey was hesitant to simplify the impact down to sound bites. Instead, he argued, changes that were already happening in the market will be accelerated and companies will need to keep pace with that. Davey said:

I do think we will do things differently in the future. I don’t have in front of me any transformational idea that’s landed as a consequence of COVID-19. But what I would say is that there have been things we wanted to get to and parts of the business that we wanted to evolve, and there are trends out there that everybody wants to get after – I think all of that is going to be accelerated.

The ‘new normal’ that everybody talks about will very much be a function of accelerating trends that already exist – whether that be e-commerce, social media, degrees of service. Really the challenge now is how do you give consumers a compelling and safe experience? How can it be both compelling and safe? I think there are tools and trends out there that will help in accelerating that objective.

Disclosure – IFS is a diginomica premier partner at time of writing. 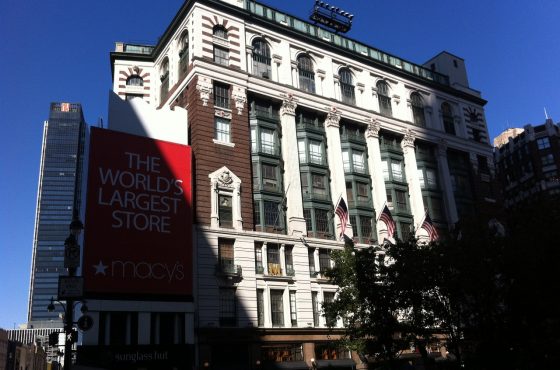