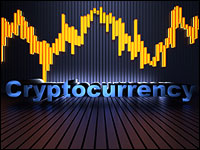 “Libra could be misused by money launderers and terrorist financiers,” he told reporters at a White House press conference Monday.

“Cryptocurrencies, such as Bitcoin, have been exploited to support billions of dollars of illicit activity, like cybercrime, tax evasion, extortion, ransomware, illicit drugs, human trafficking,” Mnuchin continued. “Many players have attempted to use cryptocurrencies to fund their malign behavior. This is indeed a national security issue.”

The United States has been in the forefront of regulating entities that mint cryptocurrencies, he added.

“We will not allow digital asset service providers to operate in the shadows,” Mnuchin declared, “and will not tolerate the use of the cryptocurrencies in support of illicit activities.”

A Lot of Work to Do

Facebook and other providers of digital financial services have been put on notice that they have to implement the same rigorous safeguards against money laundering and terrorist financing as traditional financial institutions, Mnuchin noted.

“To the extent that Facebook can do this correctly, with proper AML (anti money laundering), that’s fine,” he said. “They and others have a lot of work to do before they get us comfortable.”

Asked if the administration’s attitude toward social media, which it says is biased against conservatives, will color how Facebook’s cryptocurrency will be treated by Treasury, Mnuchin offered this reply: “The president does have concerns as it relates to Bitcoin and cryptocurrencies, and those are legitimate concerns that we’ve been working on for a long period of time. But, no, we’re not going to target any one entity.

“To be clear, the U.S. welcomes responsible innovation, including new technologies that may improve the efficiency of the financial system and expand access to financial services,” he continued. “That being said, with respect to Facebook’s Libra and other developments in cryptocurrency, our overriding goal is to maintain the integrity of our financial system and protect it from abuse.”

Taking Time to Get It Right

Facebook pledged to cooperate with regulators at a Tuesday hearing before the Banking, Housing and Urban Affairs Committee of the U.S. Senate.

“The time between now and launch is designed to be an open process and subject to regulatory oversight and review,” said David Marcus, head of Calibra, the Facebook subsidiary that will make a digital wallet for storing and spending Libra.

“In fact, I expect that this will be the broadest, most extensive, and most careful pre-launch oversight by regulators and central banks in FinTech’s history,” he continued.
“We know we need to take the time to get this right, and I want to be clear: Facebook will not offer the Libra digital currency until we have fully addressed regulatory concerns and received appropriate approvals.”

The Libra Association is committed to supporting efforts by regulators, central banks and lawmakers to ensure that Libra contributes to the fight against money laundering and terrorism financing, Marcus said.

Moving cash transactions to a digital network that combines regulated on- and off-ramps and proper know-your-customer practices with the ability of law enforcement and regulators to conduct their own analyses of on-chain activity will present an opportunity to increase the efficacy of financial crimes monitoring and enforcement, he maintained.

“Libra should improve detection and enforcement, not set them back,” Marcus added.

Protecting consumers and ensuring people’s privacy is one of the Libra Association’s top priorities, Marcus told the Senate panel.

Privacy on the Libra blockchain will be similar to the blockchains used by other cryptocurrencies, he explained. Transaction information is limited to the sender’s and receiver’s public address, transaction amount and timestamp. No other information will be visible. The Libra Association won’t collect data on people who use the blockchain or run any of its infrastructure.

“As a result, the association can not, and will not, monetize data on the blockchain,” Marcus said.

The goal of Libra is a straightforward one: create a digital currency built on a secure and stable open source blockchain, backed by a reserve of real assets and governed by an independent association, he noted.

“We recognize that the road to reaching that goal will be long, and it will not be achieved in isolation,” Marcus said.

“That is why we have begun publicizing the vision for Libra, and why we have been discussing, and will continue to discuss, how best to achieve that goal with businesses, nonprofit and multilateral organizations, and academic institutions from around the world, as well as with policymakers, central banks and regulators,” he added.

“We recognize the authority of financial regulators and support their oversight of this project,” Marcus said.

Because it’s backed by a basket of bonds and fiat currencies — that is, currencies with values set by the state that issues them — Libra isn’t likely to have an impact on the value of a currency, observed Bill Xing, president of
Panda Analytics, a maker of cryptocurrency investment software in New York City.

However, that’s not the case with something like Bitcoin.

“Bitcoin provides an independent monetary policy in its nature, and it’s competing with fiats,” Xing told the E-Commerce Times.

“The bitcoin network has grown to represent hundreds of billions of dollars of value despite governments attempting to limit its use,” he told the E-Commerce Times.

“As technology often advances far faster than public policy,” he said, “we expect governments to have limited impact on the development of Bitcoin and Libra in the near term, as Twitter feeds don’t legislate nor regulate.”