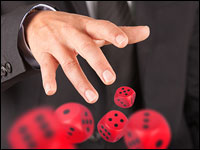 When word came out that Motorola was rereleasing its hit Razr smartphone, I was excited. Now that it has been delayed until the end of the year, the sizzle seems to be lessening a bit.

Razr was hot more than a decade ago, but then it quickly faded away when the iPhone and Android stole the show. Motorola wants to give the Razr another shot at stardom, so, the big questions is this: Will it be a long-term hit, or will it shine like a shooting star and then vanish?

The Razr’s return sounds like a romantic comeback story. While I hope it is successful, much has changed in the industry — devices, competitors, pricing and more.

In its day, the Razr was hot, but that was a long time ago. Here’s a recap to remind you of Motorola’s history in wireless.

Motorola was the nation’s first wireless company for decades, even before the cellphone networks were up and running. It was the company that created the wireless phone network in Los Angeles before cellular. It also made gear for commercial wireless communications for decades.

When the cellphone revolution began in the 1980s, Motorola led the marketplace. It had phones that were installed in cars. Then came the bag phone, which was followed by the brick. You may remember that first, gigantic portable phone. It was followed by the tiny StarTac, which reminded buyers of the communicator on the Star Trek TV series.

Motorola lost its way in the mid to late 1990s when the networks switched from analog to digital. The problem was that its arrogance got in the way of its vision. Motorola execs overestimated the company’s importance to the wireless industry. They didn’t think the industry could move ahead without Motorola.

They were wrong. As the industry moved ahead at breakneck speed, Motorola was left behind in the dust.

It slid to the bottom of the list of handset makers for the first time in history. Back then Nokia, Palm, BlackBerry and others rose to lead the marketplace. Then they met with the same fate when Apple’s iPhone and Google’s Android operating system came to market. That’s when the app market exploded, growing from a few hundred then to millions today.

Today, Apple iPhone line and phones running Google’s Android OS, led by Samsung’s Galaxy line, dominate the marketplace — as they have for the last decade.

In the 2000s, Motorola had a temporary comeback from the bottom of the heap, fueled by the Razr phone. For one brief shining moment, the Razr’s popularity punched the company back onto the map.

However, the magic didn’t last, and when the first iPhone and Android phones came out, the Razr’s lead collapsed.

In the years since, Motorola has fallen on hard times. It was acquired several times and is now owned by Lenovo, which makes the popular ThinkPad computers (purchased from IBM). Motorola has rolled out several smartphones since the acquisition, but they have enjoyed very limited success.

That’s why I think Lenovo is encouraging Motorola to recapture the excitement of the past with the Razr. It’s a two-pronged strategy.

In the first stage the focus is on a successful launch. Everyone loves to revisit their favorite technology of yesterday. The question is, will the Razr be modernized enough to compete?

The second stage is the real question. Will it be successful in the long term?

Things are much different this time around. The price of the new Razr will be around US$2,000. That’s a big jump from the last Razr and more expensive than most iPhones and Android phones. Although there are a few higher-priced devices, the new Razr will be among the most costly smartphones in the marketplace.

The phone will sport the cool flip design users once loved. It will be smaller than other smartphones, which is good. Many users do want a smaller device and are willing to use a smaller screen.

However, the screen is so much smaller that it raises questions about how easy it will be to use. It will run Android, and it will be interesting to see how Motorola meets the challenges of adapting the OS to a smaller screen.

If it does everything competing smartphones do and meets most users’ needs, perhaps it can claim a slice of the pie. The question is, how large a slice?