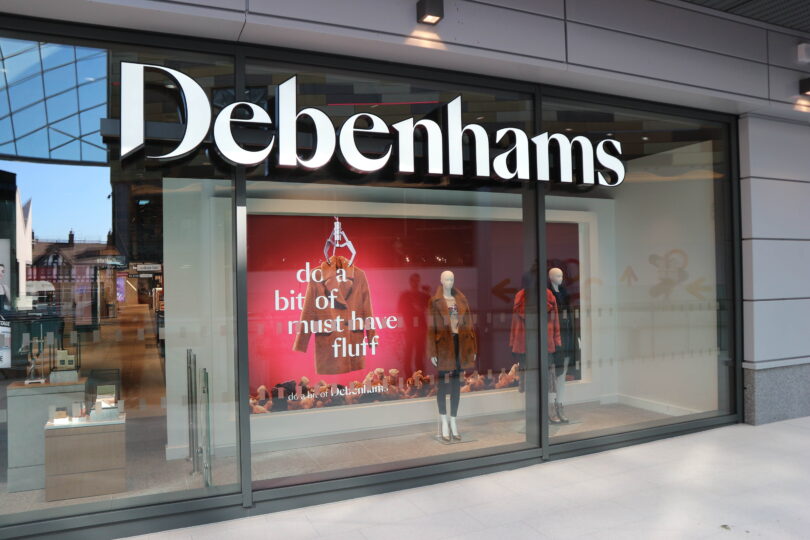 Summary:
UK retail’s biggest omni-channel casualty to date as Debenhams reaches the end of the road after years of failing to balance offline and online.

After Black Friday and Cyber Monday, UK consumers are being offered Wild Wednesday for the very worst of reasons as national retail institution Debenhams finally gives up the ghost after nearly 250 years in business.

The department store chain, whose history can be traced back to 1778, has struggled with the realities of the omni-channel retail revolution for a long time – ‘digital dad dancing’ as diginomica  dubbed it –  and has been seeking a potential buyer since going into administration in April.

The firm’s last best hope was a takeover offer from JD Sports, but this collapsed earlier today, cementing the decision to close down Debenhams 124 stores.

Another factor in sealing Debenhams fate was the separate collapse of Sir Philip Green’s Arcadia Group, which includes retail brands such as TopMan, TopShop, Burtons, Dorothy Perkins and Miss Selfridge. Arcadia franchises in Debenhams accounted for £75 million of business per annum.

All reasonable steps were taken to complete a transaction that would secure the future of Debenhams. However, the economic landscape is extremely challenging and, coupled with the uncertainty facing the UK retail industry, a viable deal could not be reached. The decision to move forward with a closure programme has been carefully assessed and, while we remain hopeful that alternative proposals for the business may yet be received, we deeply regret that circumstances force us to commence this course of action.

While Debenhams has online offerings, it is a digital laggard with a huge dependency on its store real estate, which has been badly impacted by COVID-19 lockdown regulations shutting non-essential retail shops. The latest lockdown in England is due to end today, sparking a massive clearance sale, offline and online, prior to the permanent closure of stores later this month or early in 2021.

It’s cold comfort, but Debenhams will be missed by many. While there have been multiple retail casualties on the UK landscape this year, a study of 2000 adults by e-commerce agency Melody found that Debenhams was the one that the most respondents said they would miss, with nearly a third (33%) citing the firm.

It’s safe to assume though that those fans skew towards an older demographic – the same survey found that only a quarter (24%) of those aged 25-34 were bothered by the loss of any of the failed retailers of 2020! – and that’s a big part of the problem Debenhams had. Its brand image was that of the older shopper and it failed to keep up to speed with an omni-channel world dominated by the rise of pureplay online rivals, such as Amazon.

For my part, I only once attempted to make an online purchase from Debenhams and it didn’t end well. (Ironically, I just completed an online purchase from Arcadia’s TopMan this week and the experience was extremely smooth and impressive!). The harsh reality is that today’s ending has been a long time coming. As far back as 2014, then-CEO Michael Sharp was saying all the right omni-channel words:

Increasing availability and choice through multi-channel is important because we know that multi-channel customers are our most valuable…Delivering a flagship online experience is also part of building a more competitive and economic business. Our online offer has to be visually more exciting and engaging.

Three years later, Sharp’s replacement as CEO, Sergio Bucher, drafted in from Amazon, was talking up a future for Debenhams built around mobile platforms and Social Shopping:

Our customers are changing the way they shop and we are changing too. Shopping with Debenhams should be effortless, reliable and fun whichever channel our customers use. We will be a destination for “Social Shopping” with mobile the unifying platform for interacting with our customers. If we deliver differentiated and distinctive brands, services and experiences, both online and in stores, our customers will visit us more frequently and, having simplified our operations to make us more efficient, we will be able to serve them better and make better use of our resources.

But the customers didn’t get the memo. Sales plummeted as did profits – an 85% collapse in 2018 – leading Bucher to admit that the digital transformation hadn’t gone to plan, pleading that change in the wider retail sector had happened faster than expected:

Our product hasn’t been good enough. We are on a mission to fix it…I know it might feel a little nebulous right now, but I think that in a few months, we’ll be able to show you what it looks like in action.

By early 2019, the retailer’s largest shareholder was openly talking about the firm having “zero chance of survival”, ousting Bucher from the Debenhams board and paving the way for the CEO’s departure in April of that year to be replaced by the firm’s Chief Restructuring Officer Stefaan Vansteenkiste in August. It was under Vansteenkiste that Debenhams filed for administration 6 months later.

Despite the inevitability of outcome that had set in around Debenhams decline, the ‘final nail in the coffin’ still comes as a blow at the end of a year in which the retail sector has been rocked by its own ongoing disruptive transformational forces as well as the external pressures of COVID-19.

It is probably the biggest example to date in the UK of how failure to adapt to omni-channel realities carries an enormous price tag of failure.  At one point, in the 1950s, Debenhams was the UK’s largest department store chain, but it failed to balance that real estate asset with online expansion. While embarked on a store closure program of late, the company left it too late to balance the omni-channel mix with digital assets.

Meanwhile anyone who’s yet to get their Christmas shopping underway can look forward to a fire sale with up to 70% reduction offers online. Debenhams website might in its last gasp be a digital destination at last.