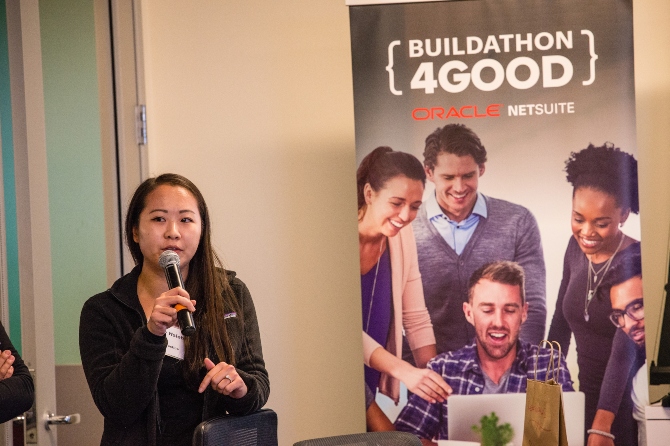 A research and innovation center with a purpose, Impact Justice is focused on building a humane and restorative system of justice in the United States.

The American criminal justice system holds almost 2.3 million people in 1,719 state prisons, 109 federal prisons, 1,772 juvenile correctional facilities and other facilities nationwide. On any given day, nearly 60,000 youth under age 18 are incarcerated in juvenile jails and prisons in the United States.

Not all of these individuals are treated fairly or humanely, and Impact Justice is on a mission to change that. Founded in 2015, the Oakland, Calif.-based nonprofit focuses on imagining, innovating and accepting absolutely nothing about the status quo of the nationâ€™s current justice system.

â€œOur current justice system destroys lives, futures and families on a huge scale â€” especially among communities of color,â€� the organization states. â€œWe work in partnership at the local, state, and national levels to pioneer, develop, and scale solutions that can reverse this destructive trend, end abusive policies like putting youth on sex offender registries, and promote restorative justice.â€�

Itâ€™s urgent work in a nation that comprises 5% of the planetâ€™s population, but almost 25% of its total prison population. According to the Sentencing Project, the current pace of progress in reducing mass incarceration is so slow that it would take 75 years to cut the prison population in half at this rate.

Partnering with state and local government, law enforcement, victim groups and advocates across the country, Impact Justice focuses on research and innovation in three key areas: Preventing more youth and adults from becoming involved in the justice system; improving conditions that ensure humanity and hope for those currently incarcerated; and helping formerly incarcerated people successfully rejoin their communities.

According to Kate Feeney, Associate Director of Finance, one of the organizationâ€™s cornerstone efforts is its Restorative Justice Project, which manages diversion for youth. â€œInstead of a young person who has committed harm going through the juvenile justice system,â€� Feeney explained, â€œhe or she passes through a diversion program and doesnâ€™t receive charges or enter the system.â€�

The youth who engage with its Restorative Justice offering are 44% less likely to recidivate than those who have gone through the traditional justice channels. The group has also recorded 95-99% victim satisfaction rates as a result of its work. For its work on improving the quality of incarceration, Impact Justice helps ensure that currently incarcerated individuals are treated humanely.

â€œWe work with the Department of Justice in that area with a focus on sexual safety in confinement,â€� Feeney said.

The group also helps formerly incarcerated individuals reenter society via a pilot program whereby they reside in the homes of community members.

These and other initiatives are all supported by a research team that conducts analyses and evaluation on the programsâ€™ success rates.

â€œThe fact that we do a lot of our research and data collection in-house drives some of the uniqueness of our organization,â€� Feeney added.

With about 60 employees and a current budget of $11 million a year (up from $1.5 million in 2015), Impact Justice has encountered numerous roadblocks since opening its doors four years ago. According to Feeney, fundraising and financing are persistent challenges.

â€œIt’s always difficult to fundraise for the less â€˜hands-onâ€™ type of work that we do here,â€� she said. â€œFor example, how do you pay for your payroll services, quality financial support, or accounting systems? Fundraising for those expensesâ€”which are necessary for creating a sustainable organizationâ€”is always difficult.â€�

Like many organizations right now, Impact Justice is operating in a tight labor market where finding the right people to run and support its mission isnâ€™t easy.

â€œWe’re fortunate in that we have a great leadership team thatâ€™s focused on implementing processes as quickly and early as possible so that we can focus on the good work that weâ€™re doing,â€� Feeney said.

â€œI think we would have had to incur an extraordinary amount of expense that otherwise would’ve benefited the organization and fiscal support had we not implemented this system,â€� she said.

Impact Justice has also taken advantage of the Oracle NetSuite Social Impact Suite Pro Bono program, participating in two Buildathon 4Good events and virtual pro bono where the company was matched with NetSuite employees who helped automate critical business processes. The organization was able to have some of their challenges answered by skilled employees, which in turn made for more effective operations.

Currently implementing a solution that will consolidate payroll, benefits and timekeeping all onto a single platform, Impact Justice is successfully leveraging technology to help it work more efficiently with fewer human and monetary resources.

â€œUsing some of these tangible technologies helps us save time that we can then spend on more intentional growth for the organization,â€� Feeney said.

That growth includes a new building in Oakland that will not only house Impact Justiceâ€™s headquarters, but also various other nonprofit groups in a co-working environment.

Feeney expects more positive momentum ahead for Impact Justice, which will grow both in terms of expanded program offerings and further geographic reach.

â€œWe’re always applying for new opportunities and looking to expand our outreach,â€� she said. â€œWe have a couple of exciting things in our pipeline right now, from simply growing our existing programs to adding new initiatives to our mission.â€�

“Impact Justice has also had the chance to participate in two buildathons as well as the quarterly pro bono program. These have been terrific resources for our team to engage with Netsuite staff to customize the product for our specific use. It was great to take a day out of our office to learn how to dive in to the back end of the system and create custom workflows, address problem areas, and collaborate across industries to innovate solutions to our financial functions”