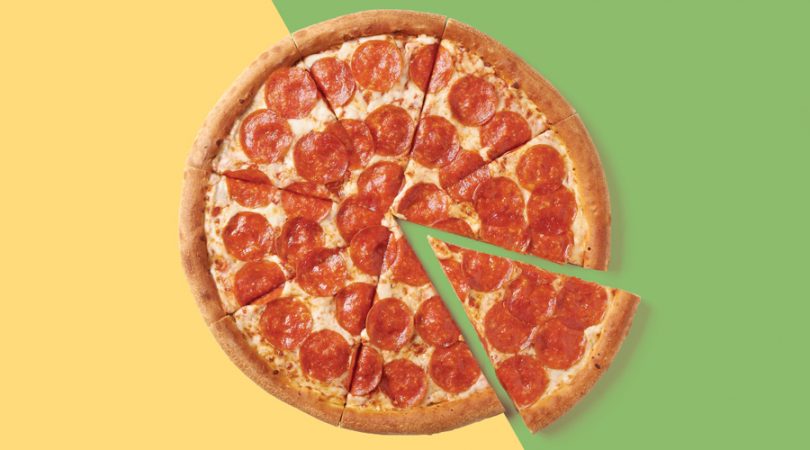 Papa John’s will need to be weaned off third party aggregators to win back a slice of digital leadership
Stuart Lauchlan
Fri, 11/08/2019 – 03:05

Summary:
Papa John’s was the first US pizza chain to offer online ordering back in 2001; that was a long time ago now… 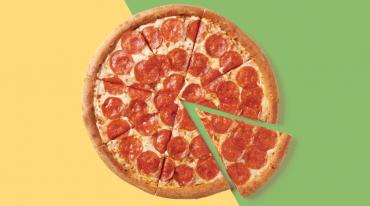 All pizza is not created equal!

Nor are all the problems facing pizza companies as Rob Lynch, new CEO at Papa Johnâ€™s has doubtless discovered. The brand has been hit by a series of problems in recent times, ranging from being named as the nationâ€™s favorite pizza for White Supremacists on the Daily Stormer websiteÂ  through to an embarrassing spat between former CEO John Schnatter and the NFL over players â€˜taking the kneeâ€™ during the national anthem, when he declared of the league that Papa Johnâ€™s was sponsoring:

For good or bad, leadership starts at the top, and this is an example of poor leadership.

Schnatterâ€™s leadership is over now – although the founder remains present like Banquoâ€™s Ghost, taking pot shots at the management team Â in the media – and Lynch is installed with a number of strategic objectives, not the least of which is bolstering the companyâ€™s tech and digital prowess.

At a time when the likes of Dominoâ€™s has been a powerful use case exemplar of the â€˜Internet of Pizzaâ€™, Papa Johnâ€™s has some catching-up to do, as we noted previously by interim CEO Steve Ritchie:

We know that we have to make certain, if you take a look at our new advertising, the new creative and approach there and our focus onÂ digitalÂ efforts is clearly to make certain that we are appealing to younger audiences which will be the future of the overall business.

Itâ€™s up to Lynch to execute on this and wider digital transformation challenges, so itâ€™s encouraging to see that he names one of his main priorities as being:

to leverage our technology infrastructure to enable our business operations to win. Papa John’s first and foremost is a food company, and we always will be, but we also have a long history of technology leadership in the pizza delivery industry and we know technology will continue to enable us to better serve our customers, improve operational efficiencies, and inform our decision making.

What that means in practice will become clearer over time of course, but now thereâ€™s a reliance on tapping into third party digital delivery aggregator platforms. Thatâ€™s an interesting move at a time when other more digitally-savvy brands are beginning to wean themselves away from such dependencies. But for now at least, Papa Johnâ€™s needs the help such platforms can provide. Lynch explains:

Among multiple initiatives to reach more customers and address the driver shortage, we continue to expand our relationships with the aggregators. Last month, we finalized our third aggregator partnership with UberEATS. This along with our existing deals with DoorDash and Postmates means we now work with three of the top four aggregators in the US.

I believe the work that we’re doing to establish relationships and partnerships with the aggregators is probably the lowest hanging fruit. They already have their delivery networks in place. They are already servicing customers that we are not reaching today. And so we are integrating those platforms into all of our technology and POS systems. And so once those are integrated both our company restaurants as well as our franchisee restaurants will be able to take advantage of that integration and be able to seamlessly accept profitable orders that are coming through our aggregated partnership. So of all the things, I think that that is probably the lowest hanging fruit.

Papa Johnâ€™s attitude towards partnering with aggregators stands in stark contrast to the views expressed byÂ  Ritch Allison, CEO at rival Dominoâ€™s, who wants nothing to do with such third parties and is actively opposed to their involvement with his firmâ€™s brand:

Itâ€™s just not clear to me why I would want toâ€¦give up the data in our business to some third party who will ultimately use it against usâ€¦The other element of it, which I just canâ€™t emphasize enough is that we really, at our company, placed a high level of importance on the quality and the safety of the product that we bring out to our customers. Iâ€™d have a tough time sleeping at night if I was handing our food to an untrained random third-party driver to then carry that over to our customer, because what happens when you have a service failure or you have a product quality problem in that situation? Whoâ€™s to blame?

Whether through conviction or expediency, such factors are not troubling Lynch:

We don’t see significant operational challenges partnering with the aggregators. That’s why we’re integrating their systems with our system so that those orders can come in seamlessly and show up specifically as a DoorDash or Uber Eats or Postmates order.

Weâ€™ve found that for the most part their drivers show up in a timely manner and deliver our products in a way that’s consistent with how we would hope our drivers deliver our products. Now, it’s not all the way to bright, but it’s early days and so we’re working with them to make sure that they are meeting our standards and that we are operating in a productive way together where we both benefit.

That might sound to the more cynical as an endorsement coming with caveats, but thatâ€™s the situation as it stands. On the â€˜handing over our dataâ€™ point that Allison makes, Lynchâ€™s attitude might be read as, â€˜suck it upâ€™. He says:

In regards to data sharing, the reality is that about 85% of our customers have an aggregator app on their phone already. So the idea that the only way the aggregators are going to get our customers’ data is through seeing what our customers are ordering. Frankly, it doesn’t ring true for us. They are already getting that data.

You look out two years three years from now almost everybody will have an aggregator app on their phone. So we don’t believe that idea [that] theyâ€™re stealing our data and they’re going to use it against us is what’s going to transpire in the future. We believe that there is an opportunity for us to partner with these aggregators and for us to mutually benefit from this relationship and that’s why we’re investing in these integrations and that’s why we’re working with them at the most senior levels to make sure that we’re supporting each other in these efforts.

The other issue with third party aggregators that has troubled some other QSR (Quick Service Restaurant) providers is that the service and delivery fees added top up the price of the product in such a way that consumers may negatively associate the overall cost with the original provider.

Lynch is aware that there are pricing and profitability concerns, but isnâ€™t ready to pass on any â€˜at sourceâ€™ discounts or pricing deals to the aggregators to pass on in turn to customers:

I wouldn’t say itâ€™s exactly the same but I would say that we’re very happy with the profitability associated with the aggregator ordersâ€¦.They don’t offer our discounts. They do offer their customers discounts through their channels. So, our digital promotions and discounts are not reflected in their orders. Right now we believe the model is working pretty well. We’re continuing to work with them to optimize that. But we are not currently pushing our discounts and our offers through their channel.

Away from the aggregators, Lynch is aware that he has a big task ahead of him:

Papa John’s needs to get back to what made the brand great. All pizza is not created equal. In a sea of pizza sameness, we have better ingredients, better pizza. We must share our story with many pizza lovers of the world and a differentiated and compelling way.

I think Max is uniquely well equipped to take on that challenge and to make sure that our product innovation and culinary efforts are in sync and being delivered in the most compelling way through both our traditional and digital marketing channels. So that’s really the impetus behind the changes on the marketing side.

Thatâ€™s a savvy move as Papa Johnâ€™s needs to rebuild its reputation as much as anything else. Lynch returns to his â€˜not all equalâ€™ argument time and again:

We don’t believe that we’re a commodity in the marketplace and that we can only compete on price.

That said, while the dependency on third party digital aggregators is understandable as a short term fix, the company needs to â€˜grow its ownâ€™ in terms of ordering and delivery platforms.

The firm was the first national pizza chain to offer an online ordering facility, way back in 2001. For long term recovery in an increasingly competitive and digitally-enabled QSR market, Lynch needs to prioritise a return to that sort of leadership position.