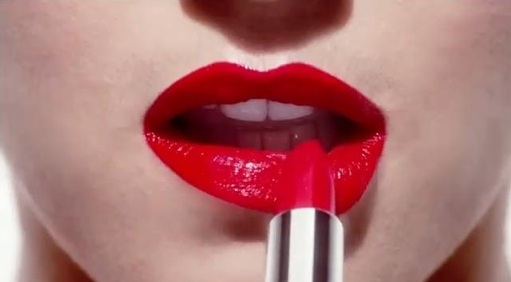 Summary:
Even in a pandemic, people still want to do their hair and make-up – which has played to L’Oréal’s digital foresight. 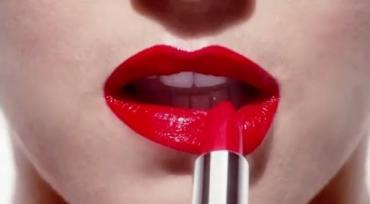 The COVID-19 crisis had already flagged up a reality that those retailers who got the message around omni-channel a long time ago are the best suited to adapting to new retail realities, while those who were laggardly in their approach are at even more of a competitive disadvantage once the shop doors are shuttered in lockdown.

Global beauty giant L’Oréal is a great case in point for the former. Way back in 2016, CEO Jean-Paul Agon was telling his staff:

E-commerce is not the cherry on the cake. It becomes the new cake.

That being so, the rise of the pandemic has put to the test whether Agon and other net-savvy retailers can, so to speak, have their cake and eat it. To which the answer appears to be…up to a point, but let’s not cut too big a slice! Last week’s quarterly numbers saw an 18.8% slip in overall revenues to €5.85 billion euros ($6.90 billion). Profits for the first 6 months of 2020 were down year-on-year to €2.14 billion from €2.47 billion, but margins held up and online sales soared.

Agon is clearly ready to take that as a win under the circumstances and a validation of his e-commerce-centric strategy of recent years as well as the overall resilience of the beauty sector:

We estimate that the beauty market declined between minus 13% and minus 14% over the first semester. This COVID-19 crisis has been a crisis of supply rather than demand. The lockdowns around the world closed millions of salons, perfumeries, department stores, airport stores, etc, making consumers unable to buy product and services. The impact has been very contrasted by sector and channel. The professional sector was the most heavily affected, with salons totally closed at the beginning of the second quarter. Luxury was also severely impacted by the closure of most perfumeries, department stores and airport stores.

COVID has changed consumer attitudes in the beauty sector, Agon argues, citing what he calls a tipping point in perception and referencing the by-now inevitable pandemic line of having made more digital progress in ten weeks than the past four years combined :

Consumers don’t see e-commerce anymore as they used to see it. It’s true that before maybe they used to see it as a replenishment [vehicle], but now it has changed because they have been using this channel for one, two, three, four months now. They have been experiencing the service, the quality, the choice, and also the services that we are offering ourselves, like ModiFace, everywhere.

In fact, e-commerce is now seen by all consumers as a real alternative in terms of shopping and not only as an option for replenishment. That’s why I think that what we are seeing right now is that in the different countries, when stores reopen, e-commerce keeps growing.

The US uptick is particularly of note as Agon admits that region has been “a bit late” when comes to e-commerce adoption, especially in comparison to China, where more than half of business was being conducted online.  There’s a new management team in situ in the US under Stephane Rinderknech, a veteran of the firm’s Chinese operation from the early part of the last decade and well-versed in the digital story, so expect continued acceleration there.

The closure of stores worldwide has also led to L’Oréal doubling down on its digital services to engage with consumers, such as offering virtual try-ons, diagnostics and tele-consultations. Agon again points to ModiFace as a prime example here. The Canadian Augmented Reality tech provider was acquired by L’Oréal back in 2018. Again, it’s proven to be a prescient move with tangible benefits during the crisis:

There are many things that we are cutting. One example is the testers for the make-up displays around the world. We used to spend a lot of money on testers for make-up displays. But now consumers don’t use these testers, so we have completely stopped any delivery of testers, and we are replacing that with our virtual testers with ModiFace.

We have expanded the number of service [we can offer]. We started with a virtual try-on for make-up, but expanded it to hair color or haircuts, skincare diagnosis, acne diagnosis…the possibilities are infinite, because you know, Virtual Reality helps, with Artificial Intelligence, to open new horizons that are absolutely infinite.

Such services can also be offered out to L’Oréal partners, such as boots.com, sephora.com, and macys.com:

It has created a completely different type of partnership between them and us. Because for them also it’s a great competitive advantage as a platform or as an e-commerce player to be able to offer the service to consumers. It’s super-important. So it helps also in our negotiations with them. It helps in the way that we are considered as privileged partners.  It helps also the increase of penetration of e-commerce. I’m pretty certain that one of the reasons for our strong acceleration in e-commerce in the past 12 months and especially in the recent months is, of course, due to the COVID crisis, but also due to these [digital] services that we are offering.

With lockdowns easing around the world and a gradual – if stuttering – return to the opening up of high streets and shopping malls, Agon is confident that whatever comes next, there won’t be a return to the total lockdowns of the first half of the year and that consumer appetite for beauty products is “absolutely intact”. But there will be bumps in the road ahead, he concedes:

We think that we will not see anymore the same type of supply crisis, because I think that everyone has understood that making lockdowns everywhere in the world is too destructive and devastating for the economy. So I think people will find a way to keep stores open. E-commerce is becoming more and more an alternative. So I don’t think that we will see anymore supply crisis. The danger, the risk now is that it transforms into a demand crisis. For the moment, we haven’t seen it; maybe we will see in the Fall.

But I think we are well prepared. We have seen in the past that beauty products, cosmetics in general, are very resilient to this kind of demand crisis, because if there is an economic crisis, consumers would more hesitate before buying some expensive items. But generally, it has been proven that they want to indulge themselves with non-expensive products, like beauty, and beauty is an important part of your daily quality of life.

A new complicating factor of course could the ongoing requirement for face masks in many public places. That surely has to have an impact on the make-up business? Agon demurs:

Also, there are also other make-up opportunities. For example, obviously, when you can’t see the lips, eyes are super important. So we want to develop very strongly make-up for eyes or stay-on foundations. There will be opportunities. I’m not worried.

The foundation for Agon’s confidence here was put on years ago with the CEO deserving credit for a relatively early recognition of the importance of online and digital in a retail marketplace with a strong historical physical presence in the form of store concessions and beauty salons.  It’s a lesson that others in the beauty sector have learned as well  – as can be seen in the case of Sally Beauty Holdings here.