Re-commerce reborn- thredUP and Urban Outfitters tap into consumer desire to do good in the Vaccine Economy
Stuart Lauchlan
Thu, 09/02/2021 – 02:54

Summary:
Fashion-conscious, eco-conscious and financially-conscious, the Vaccine Economy shopper is looking for more from retailers. Resale-as-a-Service ticks all the right boxes. 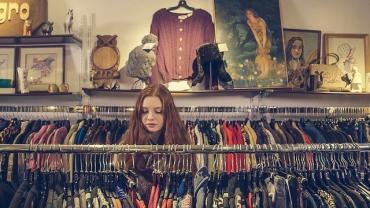 Back in the ‘old time’, before most of had even heard the word COVID, a number of iconic US retailers, including the likes of JC Penney and Macy’s, began to dabble in reselling fashion items. Each of those two examples was working with a third party, thredUP, to provide Resale-as-a-Service (RaaS) platforms to support this move.

Then came the pandemic and all bets were off. In a climate of hand cleansing and sanitation, the provenance of an item of clothing might understandably become a matter of some concern for purchasers, however rational or irrational such a sentiment might be.

But as the Vaccine Economy takes shape, the concept of RaaS is coming back to the fore. thredUP itself has expanded its global footprint with the acquisition of Remix, one of Europe’s leading resale companies, while Urban Outfitters is set to launch its own resale platform, Nuuly Thrift, a complementary offering to its existing Nully Rent, a subscription service set up in 2019.

There’s a huge potential market in play here, argues thredUP CEO James Reinhart, citing his firm’s own annual Resale Report, which measures the scale of the US secondhand market:

According to the report conducted by independent data provider Global Data, the secondhand market in the US is projected to double, $77 billion in the next five years. Within that, resale is expected to grow 11 times faster than the broader retail clothing sector during the same time period. This predicted growth is driven by sellers putting record amount of product into the market. Seventy-six percent of people who have never resold clothing are open to trying it, meaning that there are nearly 120 million anticipated future sellers who will continue to drive industry growth as it becomes easier to sell clothes online.

That means ongoing investment for platforms such as thredUP, he argues, before making a startling claim:

Although we are still in the early stages of this transformation in retail, there are emerging signals suggesting that secondhand is displacing traditional retail. In particular, resale is expected to be twice as big as fast fashion by 2030 as thrifters replace fast fashion purchases with secondhand clothing. Consumers say they care more about wearing sustainable apparel than they did before the pandemic and also have a growing disdain for both eco and financial waste. The environmental impact of these behavioral changes is significant, and that impact will only amplify as more people participate in thrift.

By enabling resale at scale, we’re ushering in a more circular future for fashion in helping new waves of consumers, brands and retailers take positive steps towards sustainability. To date, thredUP has processed more than 125 million unique secondhand items and displaced an estimated 1.1 billion pounds of carbon emissions. When you buy a secondhand item instead of a new one, you reduce its carbon footprint by 82%. I’m proud that by giving new life to millions of used clothes, we are offsetting the environmental and financial cost of fashion. The fashion industry can and will do better. And thredUP is committed to being part of that change.

Over at Urban Outfitters, Nuuly Thrift, due to go live this fall, will offer customers the ability to resell products from any brand, not just Urban Outfitter’s own. When a transaction is completed, sellers can either transfer the money into their bank accounts or redeem them for Nuuly Cash, which will be worth 10% more at Nuuly Thrift and other Urban Outfitters brands.

It’s early days and there’s a lot to learn, admits Chief Operating Officer Frank Conforti, but the potential, particularly when combined with the subscription rental service, is huge:

We launched a Nuuly Rent two years ago and I think in a very frustrating fashion we sort of lost a year, if not more of learning due to the pandemic. We were moving along there pretty well and growing subscribers at a pretty healthy rate and then obviously things changed during the pandemic. The great news for us is subscribers are starting to grow again and we’re starting to be able to interact with our customer now, understand how she’s going to interact with the brand and the channel and gain that experience. And I think we’re going to learn over time exactly what that’s going to look like from a profitability perspective, but we feel like the consumer demand is there and we’re starting to grow that subscriber base again which feels great.

As for the new offering, according to David Hayne, President of Nuuly and Chief Technology Officer for Urban Outfitters:

With Urban’s millions of existing customers, our merchandising and creative expertise, our deep technical capability, and the potential for Nuuly Cash to drive incremental purchases at our family of brands, we believe the stage is set to capitalize on a very large resale market opportunity. Our goal at Nuuly is to build a creative marketplace community – built around a best-in-class technology platform – where customers can be fashion-conscious, eco-conscious and financially-conscious, all in one place.

We’re going to launch this peer-to-peer on app…It’s really largely driven around marketing and around labor to support the technology and make sure that that is up to snuff with our consumer demands. But I think it’s still very early days for the brand. We certainly are seeing the consumer begin to trade into both of these channels and we’re really excited to start to see the business grow and support where that consumer demand is going.

Where that demand goes may yet be beyond the world of fashion retailers. A recent development at thredUP has been the signing of a partnership with LG Electronics US “to power an apparel clean out program” on behalf of LG home appliances using thredUP’s RaaS tech. LG’s Head of Marketing Peggy Ang pitches the tie-up thus:

As a leader in fabric care, LG is invested in how to care for your clothes throughout their lifecycle, from how you wash them to how you ultimately pass them on. Working with thredUP on this nationwide initiative enables us to scale these efforts in a unique way, while shining a light on the important issue of textile waste and inspiring consumers to take responsible action for the planet.

Our deal with LG Electronics signals that any consumer business, not just fashion retailers, can leverage thredUP’s resell platform to empower their customers to do good in the world. These RaaS deals are primarily structured to include upfront integration fees as well as ongoing service, usage and/or revenue-sharing fees. We are in the nascent stages of implementing the structure for new client agreements as well as ongoing client renewals, but we believe this is an exciting part of our future.

I think one of the things we found in our conversations with LG was the ways that they want to inspire their customers to do good, to think more sustainably. And so I think what’s powerful about that partnership is it shows that anybody who wants to do the right thing, help their customers do the right thing with the clothes they’re no longer wearing, can plug into the thredUP machine and into our platform to do that.

There is huge potential here. According to that GlobalData report cited by Reinhart, the US secondhand market today is worth $36 billion, but that could reach $77 billion by 2025. In Europe, those  numbers are $21 billion and $39 billion, hence the savvy Remix acquisition by thredUP.  While I’m not entirely convinced we’re at a tipping point yet, as-a-Service online platforms that can support consumer trends such as growing environmental concerns are well-placed to carve a healthy sub-set of the retail tech market. A trend to track over the coming months and years.