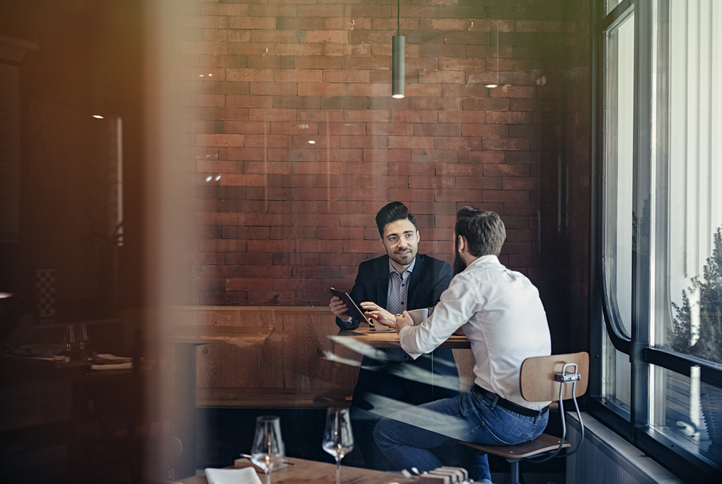 To say that eating out has become an important part of American culture is putting it lightly. According to the National Restaurant Association (NRA), Americans spend just over half (51%) of their food dollars in restaurants.

That’s more than double the share spent on eating out in 1955, and it’s not a trend that’s slowing down. The NRA further predicts that restaurants will employ 16.9 million Americans by 2029, up from 15.3 million today.

In other words, restaurants are hiring more people than ever. Add in the industry’s eye-popping annual employee turnover rate, which the U.S. Bureau of Labor Statistics pegged at 73% in 2016, and that equals a lot of interviews.

It also means that hiring the right people â€” those who can handle stress, represent your restaurant, and, perhaps most importantly, stick around a while â€” can reduce what is becoming a huge interviewing burden.

In fact, having a toolbox of interviewing best practices can help restaurant managers better manage their time, wade through candidates more efficiently, and, ultimately, run a more successful business. Drive this point home with your hiring team: weâ€™re in a people business, and just happen to serve food.

Many restaurant positions are entry-level roles, which creates many challenges with finding the right people. Developing a clear interview strategy is imperative to quickly filter candidates and build your â€œA-team.â€�

What’s more, finding convenient times to interview candidates can be a challenge in a stressful, fast-moving restaurant environment. For these reasons, alternate interview approaches can prove effective for working through the growing number of candidates.

Some restaurants might consider using open interviews, in which a restaurant simply announces it will be interviewing during a given window of time, and anyone who wants to apply can just show up. Open interviews enable restaurant managers to interview a lot of candidates in a short time, without the need to coordinate appointments for days on end.

Another option is a group interview, in which a restaurant calls in several candidates and interviews them simultaneously, sometimes even having them perform some kind of collaborative task. This is a great way to see how people work under pressure and in team situations.

With both approaches, it’s best to conduct interviews either when the restaurant is closed or during gaps between rushes.

Most often, however, restaurants interview candidates individually, in which case the setting becomes a more important consideration. No restaurant wants to take up a table during peak hours for interviews, so if it’s necessary to conduct interviews while things are hopping, it’s helpful to identify a quiet placeâ€”such as a banquet room, an office or some other private spaceâ€”where interviews can be conducted in confidence.

Most interviews eventually come down to questions and answers. And whether a restaurant is hiring servers, kitchen staff or even managers, having good interview templates with pre-established questions by role can prove effective in not only simplifying the interviewer’s job, but also in ensuring theyâ€™re asking appropriate questions from a legal standpoint (check state and local laws) and avoiding discrimination.

-Why do you want to work in the food service industry? (If a candidate doesn’t know how to answer this, it’s a red flag.)

-What do you know about our restaurant, and what makes you a good fit? (This is a great way to see if a candidate has taken the time to prepare.)

-What does the word “hospitality” mean to you? (A simple question that’s at the heart of good food service.)

-Can you provide an example of how you handle unhappy guests? (No restaurant gets it all right. How employees handle problematic scenarios could determine whether diners become â€” or remain â€” regulars.)

-How would you handle conflict with co-workers? (Restaurants are charged environments where paths cross constantly. There’s a significant possibility of conflict on any given day.)

-What were the best/worst restaurant experiences you’ve had, and why? (Candidates will reveal numerous strengths and weaknesses in answering this.)

-What are (or will be) your favorite/least favorite parts about working in restaurants? (This can tell a restaurant much about whether a specific candidate will fit into its culture.)

-How do you deal with high-pressure situations? (Candidates who can’t deal with pressure probably aren’t the best fit for restaurant work.)

-What does it mean to you to be part of a team? (Running a successful restaurant is a team sport.)

-How do you handle occasions when life makes it difficult to show up to work on time? (Hint: Candidates who don’t have an answer for this are much more likely to have punctuality issues.)

Homing in on the Gems

Once an interviewer’s gut feeling says that a candidate has potential, additional questions can help to validate whether the person is a good hire.

For instance, the interviewer might want to ask potential servers how they would handle a guest with a coupon that’s either expired or has unseen limitations (such as not being able to be used with another offer). For a kitchen position, it might make sense to ask how a candidate might deal with a server who’s bringing a lot of guest issues to the kitchen’s attention during a rush.

It’s not the actual answers to such questions that matter as much as how candidates handle unexpected questions that put pressure on them to consider many factors â€” a parallel for what it’s like working in a busy restaurant during the rush.

Similarly, interviewers also can find out more about how candidates perform under pressure by asking them to prepare a basic dish or role-play certain steps of the guest service experience.

In the end, the goal is for restaurants to hire the best employees who are most likely to stay the longest. If a restaurant’s interviewing best practices aren’t carefully considered to improve the chances of hiring the right people, itâ€™ll have devastating consequences on the entire business.