Home / Retail Omni-Channel / Retail isn't dying, it's being reborn as an experience play

Retail isn't dying, it's being reborn as an experience play

Summary:
The future of retail is all about giving consumers a great experience that keeps them coming back – technology can help but what matters is engaging people 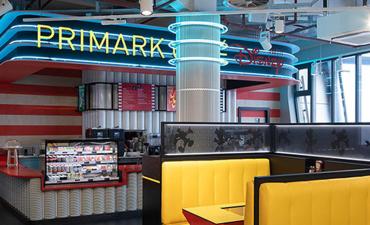 The rise of online e-commerce is often blamed for the decline of traditional bricks-and-mortar shopping streets and malls. But if digital is so bad for the industry, how is it that most Apple Stores are always thronged with people? The truth is that where retail is in decline, there are many different factors in play â€” some of the most significant being lack of imagination and investment on the part of store owners.

It’s not only Apple that’s bucking retail decline. The key to retail success in the digital era is giving people a reason to go into stores and ensuring they have a good experience when they get there. This can even apply to brands with very little digital presence.

In April this year, successful UK retailer Primark opened its biggest ever store in Britain’s second city, Birmingham. The chain doesn’t sell online and attracts shoppers through a reputation for cheap, fashionable clothing. The new flagship store will also be a destination, with an emphasis on experience as well as sales, reports the BBC:

Covering 161,000 sq ft over five floors, it occupies the entire site of a former shopping centre and comes complete with a Disney-themed cafe, a barber’s shop and beauty studio, as well as Primark’s standard fare â€” affordable fashion.

In the US, Best Buy is an example of a chain that has even harnessed ‘showrooming’ â€” the practice of checking out goods in a physical store and then buying them online â€” as a way of getting shoppers to spend in its stores. An article in Inc magazine summarizes the turnaround driven by CEO Hubert Joly, which has included investing in staff, signing deals with electronics brands to give them demo space in Best Buy stores, and a promise to match Amazon’s prices. Most important of all:

There was one advantage Best Buy already held over Amazon and other online retailers: the ability to connect with customers.

Building on the existing Geek Squad of in-store tech support staff, Best Buy launched an In-Home advisor program, sending these experts out to offer technology advice in consumers’ own homes and encouraging them to build long-term relationships. An important focus is on helping consumers with smart home initiatives, including setting up Amazon Alexa, capturing Amazon as an ally rather than a rival. By last year, Best Buy had signed an exclusive deal with Amazon to market Fire TV-enabled smart TVs, and had become the only retailer where consumers could try out demos of Facebook’s Oculus Go virtual reality headset.

All of these examples illustrate the importance of focusing on people to succeed in today’s digital world â€” at least as much as a focus on technology. Successful retailers think carefully about how to forge a connection with the people visiting their stores, as well as the skills and motivation of the people who work there.

The old transactional model of simply presenting the stock and taking the customer’s money with as little interaction as possible is the one that’s failing. The failures are made worse by investment groups who come in with the goal of extracting profits from an established model rather than investing in change to turn stores into a destination.

So how should retailers deploy technology? Earlier this year, diginomica’s Den Howlett took a look at the history of low-cost supermarket chains Aldi and Lidl and contrasted that with the advice of consultancy firm PwC in its 2019 Retail Outlook (registration required). While PwC recommends investment in technology and “ruthless” (sic) efficiency, Den’s take is similar to mine:

It would be nice to think that focusing on technology as a way to improve or sustain performance would result in better retail outcomes. But the hard truth is different.

Technology can only be a servant, and the first priority is to know what matters to your business and its customers, then apply technology in the service of making that happen. Den’s article recounts some of the history of Lidl’s failed SAP implementation. He notes that part of the problem was that Lidl bases inventory management on purchase prices, whereas the SAP software works off retail prices. With pricing so fundamental to Lidl’s appeal to its customers and thus to its business model, this proved to be a critical mismatch.

I’ll add one other observation. Den cites the statistic that an Aldi store typically carries 1,000 SKUs compared to 45,000 at a mainstream supermarket chain. This simpler range is part of both the appeal and the cost model of these supermarkets. But what about the “middle of Lidl”? This is the center aisle in each branch that sells non-food items and which is refreshed with a new set of items every three days.

As I have seen from my wife’s shopping habits, knowing that there’s something new to look out for every few days is an important part of the experience at Lidl. I’m sure that a lot of demand planning technology goes into fine-tuning that experience, but it’s a useful reminder that engagement is about much more than digital buzzwords. Perhaps these will work better for fashion brand Guess in attracting Gen-Z shoppers, but the strategy still needs an authentic core and a connection that resonates.

Who is to blame?

What the retail industry is going through is certainly a big change, but it’s too simplistic to blame all its ills on the online retailers. Unfortunately, that misconception still plays well in the political sphere. In the UK, a parliamentary committee earlier this year called for a higher taxes on online retailers while cutting property taxes for town center retailers. But perhaps politicians should look closer to home?

A report published the same month by UK think tank Centre for Cities and retail property investor George Capital examined why some high streets struggle while other town centers thrive. It found that the main reason for less footfall in town center shopping was that there were not enough professionals working in the area. Retail Gazette reports its conclusions that the key to success was a focus on making city centres attractive places to do business and spend leisure time:

It found that successful city centres featured fewer shops, but were supported by ‘knowledge-based’ office jobs â€” such as those in marketing, finance and law â€” which created a market for restaurants, bars and other leisure activities to thrive on the high street.

If retail is going to survive by offering more of an experience and less in the way of pure transactions, then there are going to have to be enough people nearby to draw in to those experiences. Town planners and city halls can’t evade their responsibilities for the health of a retail center.

The advent of e-commerce was a profound shock to the retail industry, from which it has yet to fully recover. But every industry is having to adjust to the advent of connected digital technology. Retail doesn’t get a free pass.

As I pulled together the various strands of this article, I was reminded of one of the first articles I ever wrote for diginomica, just after we launched. In it, I mused on the varous ways in which clicks and bricks would work together in the future of retail:

The general rule for retail success in the digital age seems to be that you either make visiting the store an experience, or a convenience.

What I would add today is to put that within a framework of continuous engagement. Modern digital technology allows brands and businesses to maintain relationships with consumers or buyers through a virtuous cycle of iterative engagement, monitoring and improvement of their experience. This XaaS Effect first surfaced in the technology industry but is now spreading to all kinds of products and services, and so XaaS stands for Everything-as-a-Service.

How retailers engage with their customers to deliver a more rounded shopping experience will vary, depending on their offering and their ethos. It may use technology as part of the engagement process, or in the creation of the experience â€” in most cases both. But retailers who get that experience play right will survive and thrive â€” drawing shoppers into their stores because that’s where they want to be.