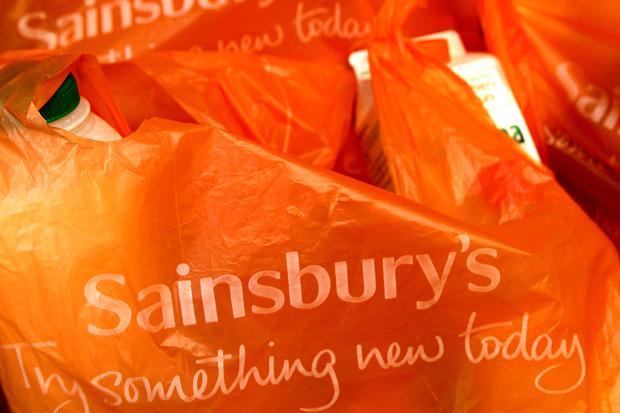 Summary:
With the scheme to buy market leadership thwarted, Sainsbury’s plan is to drill down on digital transformation. 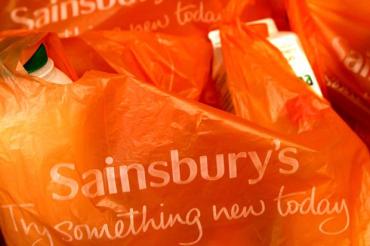 When you splash Â£46 million on a failed attempt to become a grocery mega-giant by merging with part of Walmart, thereâ€™s only one face-saving thing to do – announce a big investment in more digital transformation.

That seems to be the plan at Sainsbury’s where the cunning plan to merge with ASDA, owned by Walmart, and leapfrog to the top of the UK grocery market was last week thwarted by the Competition and Markets Authority (CMA), which warned the tie-up would have led to higher prices and lower quality for customers. Sainsbury’s CEO Mike Coupe lashed out at the decision last week as he confirmed that the $12 billion merger had been terminated:

The specific reason for wanting to merge was to lower prices for customers. The CMAâ€™s conclusion that we would increase prices post-merger ignores the dynamic and highly competitive nature of the UK grocery market. The CMA is today effectively taking Â£1 billion out of customersâ€™ pockets.

It was a more subdued Coupe who met with analysts to announce a set of lacklustre quarterly numbers and to discuss what happens now the original strategy is â€œancient historyâ€�. Key to the revised thinking is digital and tech investment, building on the platform that currently Â£4.7 billion of the groupâ€™s Â£32.4 billion sales start online. (That includes Argos, the UKâ€™s third most visited e-commerce site.) Coupe is keen to play up Sainsbury’s online successes, which he pitches as â€œone of the most sustainable competitive advantages over the medium to long termâ€� for the firm:

The currency of the online world is very much about speed, so thereâ€™s a lot of focus in all our business about how we get products to customers even more quickly. Hence we now have same day delivery in about 60% of UK households. Weâ€™ve worked really hard to improve the productivity of our grocery online business. Over the past 5 years weâ€™ve seen an improvement of 32% in pick rate. When we look at Ocado, our pick rate is pretty much not far off what they have with their fully-automated warehouses.

The company has already rolled out its SmartShop self-scan tech to 100 stores and this will be ramped up nationally. Coupe says:

Thereâ€™s a lot of investment involved in that, both in terms of the infrastructure and making sure youâ€™ve got the right bandwidth going into your shops and the wi-fi connectivity. Once youâ€™ve got it, youâ€™ve then got access to customers in realtime while theyâ€™re shopping. In our most highly penetrated stores, weâ€™ll see sales of up to 20% going through SmartShop. Thatâ€™s important because it gives us a way of talking to our customers, not just in our physical real estate, but also in our digital real estate.

Mobile pay has been trialed in 8 convenience stores and on the back of that will be scaled up across the UK over the next 12 months. The firm boasts that it was the first UK supermarket to offer in-app mobile payments to customers in a grocery store, starting last August. Sainsbury’s is also running a three month experiment in a London convenience store to trial the UKâ€™s first checkout-free grocery shop. Customers scan and pay for their groceries using the SmartShop Scan, Pay & Go smartphone app. They pay via the app and scan a QR code before leaving the store. As pitched by Sainsbury’s â€™s Group Chief Digital Officer, Clodagh Moriarty as part of the announcement:

We know our customers value their time and many want to shop as quickly as possible – technology is key to that. This is an experiment rather than a new format for us – it hasnâ€™t been done in the UK before and weâ€™re really excited to understand how our customers respond to the app experience. Weâ€™ll be with our customers and colleagues all the way over the coming months, iterating continuously based on their feedback before we decide if, how and where we make this experience more widely available.

For his part, Coupe says:

Itâ€™s interesting to see already that the adoption rates are pretty high. It again shows how the world of payments will adapt in our supermarket and convenience business.

The Nectar loyalty scheme is also set for a digital overhaul. Sainsbury’s claims to have a â€œunique depth of customer dataâ€� based on 33 million customer records at its disposal, making it the largest loyalty program in the UK. The Nectar app already has 1.2 million regular user, up 8% year-on-year. Underway is a digitalisation trial in Wales, says Coupe:

Nectar goes from being a piece of plastic to being something on your phone thatâ€™s delivering value to you in realtime.

One goal thatâ€™s an ongoing project is to get to the stage of having a single sign-on for all Sainsbury’s business., says Coupe:

Iâ€™ll still be talking to you in months and years in the future.

Coupe is keen to push a â€˜keep calm and carry onâ€™ message, but in reality there have been questions over his role since he was caught on TV singing â€œWeâ€™re in the moneyâ€� after the planned ASDA merger was announced. That hubris has caught up him and the blocking of the deal by the CMA has generated a need for a fair bit of face saving.

It also leaves Sainsbury’s vulnerable. Itâ€™s demonstrating the slowest growth of the â€˜Big 4â€™ UK supermarkets and coming under more and more pressure from low cost challengers, like Aldi and Lidl. And then thereâ€™s the new threats from Amazon and the forthcoming Ocado/Marks & Spencer online venture. Against that backdrop, ramping up digital transformation spend is a no-brainer. Whether itâ€™s enough to alter the firmâ€™s fortunes remains to be seen. But in the absence of being allowed to buy market dominance, itâ€™s the only option open.

Coupe promises more detail on the â€˜what now?â€™ strategy in September. Heâ€™s going to need to deliver something more exciting then than he did today.