Salesforce co-CEOs talk customers, Tableau and having "our own Brexit" as Q3 revenues rise 33% 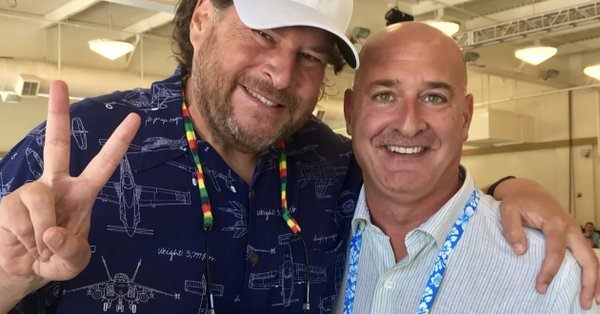 Summary:
Salesforce’s Q3 numbers show strong revenue growth, but a slip into the red on the back of acquisition activity. 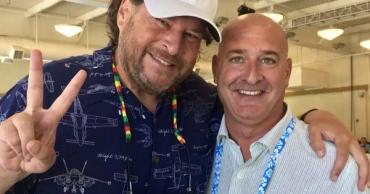 Salesforceâ€™s co-CEOS are still riding a Dreamforce high, but Wall Street was initially more downbeat after a cut in forward-looking guidance as the firm announced strong Q3 revenue growth of 33%.

The firm beat analyst expectations on revenue, up to $4.513 billion from $3.39 billion a year ago, but turned in a loss of $109 million against a profit of $105 million for the comparable period. The revenue total included a $327 million contribution from Tableau and $70 million from Salesforce.org.

By cloud offering, revenue broke down to:

On the post-results announcement conference call, co-CEO Keith Block, as is by now traditional, ran through a roll call of customer success stories from the quarter:

Carmax the largest dealer of pre-owned vehicles in the United States expanded with us in the quarter as well, with Salesforce reps will have a 360 degree view of the customer, whether they’re shopping online or in dealerships, and they ensure a seamless buying experience.

Excel Energy powers millions of homes and businesses across the United States. They expanded their use of Salesforce to deliver a unified experience for customers across all channels. And then there’s Corteva, a global agriculture company focused on seed and crop production. They also expanded with us in the quarter to continue to modernize its business and better serve the farming community.

In EMEA, we expanded with Engie, a global provider of low carbon energy in services headquartered in France, that delivers a 360 degree view of customersâ€™ energy consumption, so they can provide a personalized set of recommendations and define these solutions to reduce carbon footprints.

Siemens, one of the world’s great brands, one of the largest industrial manufacturing companies in Europe, also expanded with Salesforce in the quarter and we’ve been a strategic partner to Siemens as the 170 year old company addresses the digital revolution transformation in its industry. We also expanded with British Airways and food services company Sodexo. In APAC, there was ANZ Bankâ€¦and we have wins with a Life Solutions Company, Panasonic Corporation, and EON in Japan.

We continue to see significant opportunity in the public sector. In fact, two of our largest customers are US government agencies. In the quarter we expanded our relationship with the United States Department of Veteran Affairs, enabling the agency to provide the highest level of service to 20 million veterans for a variety of programs.Â  We also expanded our relationship with the state of Colorado, which is implementing MuleSoft to integrate 7 health and human services agencies to give county workers a single view into key aspects of all these agencies to better engage and serve citizens.

Commerce Cloud processed more than 30 million orders, up 27% year-over-year, amazing. It also powered more than 614 million retail site visits, up 17% year-over-year also incredible. Digital sales on Commerce Cloud were up 13%, Marketing Cloud delivered more than 24 billion emails during Cyber Week up 18% and Service Cloud processed more than 428 million agent interactions during this critical time for our customers. We also saw 9% of digital orders during Cyber Week, driven by our Einstein product recommendations.

The quarterly numbers come off the back of the â€˜highâ€™ of Dreamforce, the annual global Salesforce user conference in San Francisco. Benioff has always pitched this as the most important thing he does all year and 2019 was no exception:

What I took away with it was that customers today view us at Salesforce as their trusted digital advisors and also look to us to help them have a clear vision of connecting with their customers. That’s what Customer 360 is all about. It’s really bifurcated. They’re looking for a trusted advisory relationship, in many times at the CEO level, but it’s also at other parts of the organization, where there’s been so much change in the industry. Theyâ€™re looking for companies that they can rely on and bet on.

Tableau far exceeded my expectations from a customer reception. So many of our customers have Tableau, I could not believe it. In many cases, because Tableau has been a much smaller company than we are, for example, they don’t have a direct relationship with Tableau, they don’t have an executive relationship. The number of Chief Executive Officers and CIOs who have directly come to me and my management team and asked us to go wall-to-wall with Tableau has far exceeded any expectation that we could have had.

Looking forward, as well as the lowered analyst expectations, there are other challenges waiting. Internationally, EMEA performed very well this past quarter, with revenue up 44% year-on-year to $880 million, the highest growth rate of any region in constant currency terms. But coming up – in theory – in 2020 will be Brexit and whatever impact there is resulting from that in both the UK and any knock-on effects across the rest of EMEA. Benioff appears phlegmatic on the subject for now:

Our job is to manage a full portfolio of countries across the world. We are in the major technology buying centers, whether it is in the United States or in Asia or Japan. We have also implemented a new structure in Europe. We had our own Brexit, if you will We have hired Jayne-Anne Gadhia to be the Chief Executive Officer of Salesforce, UK and Ireland. I believe that’s a very critical change for us. And we’re continuing to invest aggressively in Europe and in the UK and Ireland through their own transition and transformation, so that we can align with our customers, because they all need to invest to be able to take advantage of what’s happening in the European environment.

Not for the first time, Salesforce is a â€˜victimâ€™ of its own success. A 33% revenue growth rate is not to be sniffed at and the firm remains bullish on its objective of reaching $34-$35 billion run-rate in Fiscal 2024. The slip into a loss for the quarter comes on the back of acquisition activity, not least the $15.3 billion check that was cut to secure Tableau. But speculate to accumulate etc etc, even if that doesnâ€™t suit the short termism of some of the wolves on Wall Street. That said, an initial small drop in the share price was replaced by a bounce in after-hours trading. Onwards to 2020 with the US Presidential Election cycle hitting top gear, with whatever resulting impact on buying decisions, and the prospect of Brexit. Itâ€™s going to be an interesting year.