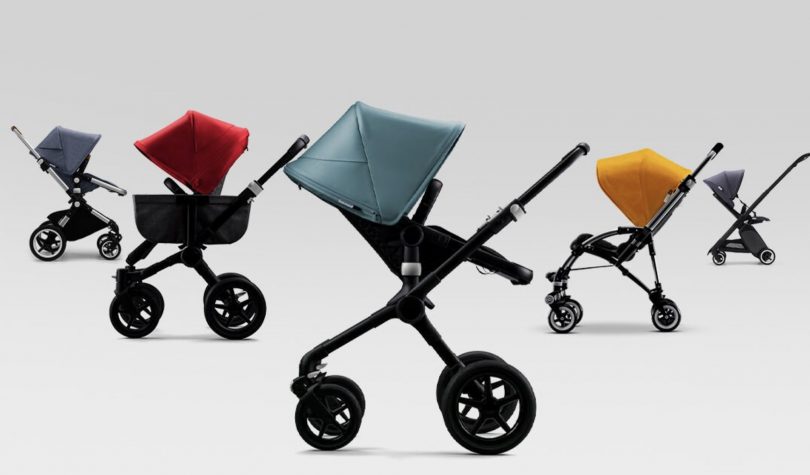 Re-designing and replacing the processes, data models and systems for an e-commerce platform in under six months, and going live two weeks before Black Friday, is an ambitious task. However, that’s exactly what luxury pushchair company Bugaboo set out to do when it realised it needed to rip out a mesh of existing systems to set itself up for future growth and flexibility.

Based in Amsterdam, Bugaboo has seen incredible demand for its products over the past decade. Indicative of its success, the company was acquired by private investment firm Bain Capital in early 2018 in a bid to fuel the company’s “next phase of growth”.

Soon after the acquisition, Thomas Stegelmann was brought in as the new Director of Global E-Commerce and Integrations to turnaround the company’s digital sales platforms. Stegelmann said that it didn’t take long for him to realise change was needed. He explained:

The first thing I did was look around at our systems, our data structures, the people we have, the strategy that we have. There was a big red flag in terms of the technology stack that we were using to operate our website.

Stegelmann said that Bugaboo was experiencing downtime on the website at least every two weeks and that the systems used to run it, which had grown organically over time, were becoming too complex to manage. In order to achieve the growth the company had set its sights on, a fundamental overhaul was needed. Stegelmann added:

We used to joke and call it the Frankenstein of e-commerce systems. It was a mesh of 20 different systems, all connected, but nothing was really working.

Whilst the initial thought was to develop a headless e-commerce system in-house, Bugaboo soon realised that it isn’t a technology company. As Stegelmann put it, “we are not Google”. This meant that it had to look externally to technology vendors that could help fulfil its needs.

With this in mind, Bugaboo needed a technology provider that could cater to its complex needs – which is why it decided to pursue migrating to the Salesforce Commerce Cloud. Stegelmann said:

The first thing we realised was that whilst we are not the largest customer of Salesforce, in terms of complexity and the issues we are facing, we have enterprise problems. What that means is: multiple data warehouses, we needed to do multi-language, multi-currency, and we had a product configurator – all of those things screamed that we needed to go to an enterprise solution.

The timelines for the migration to Salesforce Commerce Cloud were incredibly quick. Stegelmann made the case to Bugaboo’s senior leadership team that it should investigate procuring a new website in February last year; the decision to go ahead with the project was signed off by shareholders in April; in June the technology selection process began; and Bugaboo wen live six months later, two weeks before Black Friday, in the middle of November.

But that doesn’t mean that the migration was simple. As noted above, Bugaboo was doing a complete overhaul, which meant rethinking its systems, data and processes. As Stegelmann explained:

In order to win in e-commerce, you need to have systems, you need to have data, and you need to have processes in place. How do you get the data from one system to the other? How can you make sure it is all watertight? What we figured out, for Bugaboo, all of the three components were basically broken. What I mean by that is you can have the best system in the world, but if you don’t push the right data into the system, the system is not going to work well. It’s like a car without petrol, it’s not going to get you very far.

What we needed to do, therefore, was change all of the three things at the same time. Usually when you work in e-commerce companies, you replace one piece in the machine, you don’t replace everything at the same time. We replaced the front-end, we integrated the payments provider, we integrated reviews, we integrated our back-end systems, we completely changed our product data model around – all at the same time. The reason was that if we’re going to get an enterprise solution out there, we need to put proper infrastructure around it so that we can get the most out of it.

However, the project for Bugaboo was “surprisingly smooth”, according to Stegelmann. When the company ‘flipped the switch’ in November, the system was online five minutes later. And on Black Friday the company hit a new high, breaking the record for the most revenue coming through the website in one day.

Stegelmann said that the project has changed the company’s expectations around what is possible.

When I told everyone we could do this by Black Friday, everyone looked at me like I was crazy. They said that nothing at Bugaboo takes just six months. But we delivered on time, in scope, and on budget. I think that’s sparked a realisation that things can actually go fast and not take two years to go live. We are now looking into new projects where there’s a desire there to do things a lot quicker.

Stegelmann said that now the platform is in place, it will allow Bugaboo to respond to changes in the market in a more dynamic way, whilst also introducing new features more easily. This became even more evident when the company was faced with the realities of the COVID-19 health pandemic. He said:

I think [what this allows us to do] comes down to three things. Number one is speed of change. We can just innovate on the platform much, much quicker than before. If I want a new landing page, I can have a new landing page the next day. The second thing that we’ve really benefited from is scalability. I’m operating 25 different websites, meaning that you need to do a lot of things usually in repetition – with Salesforce we are able to just scale. You can just go live with ten different pages that have different languages.

The third thing is flexibility. There’s a lot of flexibility baked into the system. For example, when COVID-19 hit all of a sudden, we were able to turn things around quickly, we could do that across all the different markets, and we could adjust it for every single market.

Disclosure – Salesforce is a diginomica premier company at time of writing.