Samsung May Have New Foldable Phone in Wings | Mobile 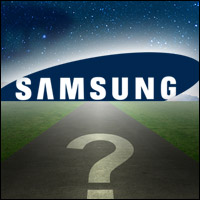 Samsung’s first-generation foldable phone isn’t expected until later this month, but reports of a second-generation device to be released in early 2020 already have started appearing online.

The next-generation model will be a luxury phone that folds into a square, Bloomberg reported Tuesday.

Citing people familiar with the product’s development, it noted the next foldable — already dubbed the “Galaxy Fold 2” in some reports — will have a clamshell design and be thinner and more affordable than the Fold 1.

One way the Fold 2 may get thinner is through the use of ultra thin glass, which is only 3 percent of the thickness of the glass typically used to protect smartphone displays, Bloomberg reported.

The Fold 2 will have a hole-punch selfie camera at the top of its inner display, as has been incorporated into the new Galaxy Note 10, and two cameras on the outside of the unit that face to the rear when the phone is open and to the front when it’s closed, the report also revealed.

One advantage the Fold 2 will have over its predecessor is the aspect ratio of its 6.7-inch display, which will allow Android apps to run natively on the screen, Bloomberg added. The first-generation Fold’s aspect ratio requires that applications be customized or adapted for optimal display, Bloomberg added.

Samsung’s first-generation foldable phone was scheduled to start shipping in April, but early reviewers highlighted problems, including issues with display durability, that forced the company to go back to the drawing board.

Could that initial misstep hurt sales of the Galaxy Fold when it eventually reaches the market?

“I think the challenges connected with launching the Fold had a bit of an adverse effect on consumer attitudes,” said Patrick Moorhead, principal analyst at Moor Insights and Strategy, a technology analyst and advisory firm in Austin, Texas.

“They can be erased as soon as the product ships and is deemed reliable,” he told the E-Commerce Times.

While the company took a beating over the Fold’s problems, it’s doubtful they will have a long-lasting impact, said Charles King, principal analyst at Pund-IT, a technology advisory firm in Hayward, California.

“That’s mainly because the number of consumers affected was relatively modest,” he told the E-Commerce Times. “Plus, Samsung was pretty successful at damage control in the aftermath. It was more of a black eye than a fatal injury.”

“I think some people will be thinking twice before reaching for it,” he told the E-Commerce Times. “No one wants to be holding onto a device that costs a pretty penny only to learn that the slightest mishandling will make it not work for you the way it should be.”

Sales of the device could be affected by another factor: timing. The revamped Fold is expected to start selling on Sept. 27, not the most opportune time to introduce a new smartphone, since it’s about the same time that Apple and Google traditionally unveil their latest models.

Designing the next Fold with the luxury fashion set in mind may reduce unit sales, but it could be a good hedge for a still uncertain form factor.

“Foldables will be highly priced, but how many consumers are willing to pay a premium for the technology alone is an open question,” King noted. “Vendors would be wise to make the phones as aesthetically distinctive as possible. It looks like Samsung is heading in that direction.”

“Productivity is one way to do that, and the initial Galaxy Fold was geared that way,” he told the E-Commerce Times.

“They could also make something about the size of a device of today that folds in to be smaller,” Rubin continued.

“That’s something aimed at a fashion-conscious segment, because it would make the phone easier to fit into a pocket,” he pointed out, “but it might not be the best configuration for an application like maps or high-end games, which would benefit from a larger screen.”

There may be a place for folding phones in years to come, but for the near term, they’ll be impractical for most users, contended San Jose, California-based Kevin Krewell, principal analyst at Tirias Research, a high-tech research and advisory firm.

“The Samsung Galaxy Fold is an ultra-premium device that’s not going to spark any significant change to the industry because it’s too expensive and fragile for mainstream markets,” he told the E-Commerce Times. “It’s a status symbol device.”

Looking for a Hero

While Samsung certainly would like to sell millions of Galaxy Folds, the phone is important to the company for more than sales reasons.

“None of these things are going to sell in huge quantities,” said Bob O’Donnell, chief analyst at Technalysis Research, a technology market research and consulting firm in Foster City, California.

“They are statement products. What they do is help define Samsung as a leader in overall smartphone design,” he told the E-Commerce Times.

“They can have a halo effect on other Samsung products,” O’Donnell noted. “That’s a common approach by tech companies. They create a ‘hero’ product that creates an aura that trickles down on other products that they make.”

“They gave us the phablet, and now they have a foldable phone,” he said. “Samsung is okay with being first, but when you’re first, you’re going to have to suffer the slings and arrows when things don’t go right.”

Samsung and other foldable phone makers hope to crack the next big high-growth consumer market segment. However, even a technology leader with a potentially hot new form factor will have trouble stoking what’s become a replacement market for smartphones.

“Sales aren’t great because everybody has a phone,” observed Stephen Baker, analyst at the NPD Group, a market research firm based in Port Washington, New York.

“I don’t think there’s anything that will make people run out and buy so many new phones that it will change the direction of the market,” he told the E-Commerce Times.
“Sales might go up for a quarter or two, but this is a replacement market, and replacement markets don’t grow very fast.”