Online sales are projected to surge even after America reopens for business.

E-commerce enablement platform CommerceHub, which hosts more than 12,000 retailers, brands and suppliers, reported that its online order volume across its network more than doubled year over year between April 1 and May 31, 2020.

The trend toward online shopping has repercussions worldwide which extend to offline shops. Inditex, which owns various luxury brands including Zara and Massimo Dutti — and is one of the world’s largest clothing retailers — is closing up to 1,200 stores, mainly in Asia and Europe, to cut losses and focus on digital sales.

Inditex plans to invest US$1.1 billion into online shopping platforms and another $1.8 billion in stores to integrate better with websites, with the goal to grow online sales from 14 percent of total sales in 2019, to 25 percent by 2022.

“I see the future of retail as being more of the showroom model that companies like Warby Parker, Tesla and even Amazon, with their Amazon 4-star stores, are doing,” Mark Lewis, CEO of Netalico, told the E-Commerce Times.

“In-person retail will be an optional way to try before you buy, but ultimately the transaction will likely be fulfilled in a traditional e-commerce way,” Lewis said.

“As technology evolves with things like augmented reality, it will be possible to emulate the in-person experience more and more.”

This year distribution and services spending on AR and VR technologies is expected to hit $4.4 billion, and the pandemic could give that a boost.

“The impact of this crisis on retail cannot be overstated,” said Frank Poore, founder and CEO of CommerceHub. “It is critical that retailers pivot their investments to where consumers are spending their money: online.”

How to Prep for the Online Sales Surge

“One of the first things companies will need to do is make sure their technology infrastructure is equipped to handle the increase in traffic,” Ryan Gellis, Founding Partner at RMG Media, told the E-Commerce Times. “The best marketing campaigns are only as good as the weakest infrastructure to support them.”

Companies will then need to ensure they are marketing effectively and continuing to spend to draw traffic, Gellis noted.

“With COVID-19 and the LM movements, many companies have been confused about marketing spend, or whether to market at all, and, in general, those that have continued on strong are reaping the rewards of cheaper ads and increased presence and sales.”

E-commerce merchants should evaluate their current e-commerce platform and determine whether it can scale at the rate they are currently growing at, because this is the new normal for e-commerce, suggested Netalico’s Lewis.

They should also look at other business areas such as customer service, and ensure they have the right processes and tools to keep up with the new growth, he said.

“SMBs should consider SaaS e-commerce platforms like Shopify and BigCommerce to provide a solution that requires less internal technology to get started and scale their businesses,” Lewis recommended.

“Large corporations are more likely to consider their existing internal technology like ERPs and integrations required to be able to scale their existing e-commerce operations.”

The pandemic showed the weakness of the supply chain, Gellis said, and the new system that emerges post-pandemic “will likely have more redundancy built in, a yet-to-be-seen expense to businesses, and, ultimately, consumers.”

There will “very likely” be more consideration for services like Uber Direct and other outsourced couriers if the supply chain falters at the distribution layer, Gellis predicted.

This would create more flexibility in the system and allow for a surge in delivery where local municipalities may be shut down, but “I don’t know if the impact of such an outsourced courier service would necessarily keep up with demand,” he said.

Trucks hauling goods cross-country are huge, and “when comparing the amount of cargo a fleet of 18-wheelers can carry compared to a fleet of contractors driving Priuses, it’s hard to imagine the amount of Uber drivers that would need to be on the road to supplement the supply chain.” 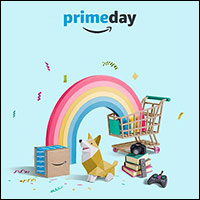 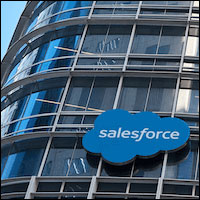 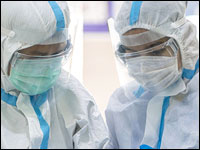