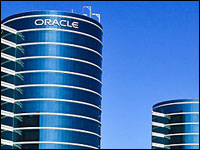 We’re used to discussing mergers and acquisitions in the tech sector, but splitting a company into two parts is a rarity. Analysts always have to ask who benefits and how? Shareholders? Other stakeholders, including customers? Employees? Why does this not happen more often?

Surely businesses outgrow their markets’ demands, but more often than not a business will sell itself to a suitor rather than splitting or going private to retool — an exception seems to be Dell.

There aren’t a lot of good examples of big companies splitting like an amoeba, but HP did the deed in late 2015 forming an enterprise division specializing in servers and other enterprise technology, and a consumer division oriented to PCs and printers, among other things.

In the four years since the split, each company’s stock mostly has treaded water, so one conclusion you could draw is that the split didn’t do much for shareholders, a key constituency. You’d also have to say that these companies didn’t tank either.

The question I want to ask here is whether Oracle should consider a similar gambit, a split. Oracle arguably is in better shape than HP was when it split, after hemorrhaging money through a cascade of ill-considered acquisitions and write-downs that lasted more than adecade. Oracle’s acquisitions usually have borne fruit, and you only need to look as far as NetSuite, which has been growing like a proverbial weed since its purchase.

However, Oracle is at an existential moment, partly caused by its tardy arrival to the cloud but also as a casualty of its own success. It’s long forgotten now, but it was once common wisdom that in computer hardware no manufacturer survived a transition to smaller devices.

Mainframe makers had names like “Control Data,” “Burroughs” and “IBM.” Mini-computers were dominated by a handful of companies that started up in the Boston suburbs, and they had names like “Digital Equipment Corporation,” “Data General,” “Prime,” “Wang”and a few others. HP did well, and it was one of the few mini-computer makers not domiciled near Route 128.

The PC revolution saw companies like DEC try and fail to enter the market in part due to an inability to standardize on an operating system. Even the PC guys went through some generational upheaval. Compaq was bought by HP; IBM sold its business to Lenovo; Dell went public, then private, then re-emerged. There also were companies like Gateway — and Eagle, whose CEO
crashed his Italian sports car and died, hours after his company’s IPO made him a multimillionaire.

Software has been different. In the 1980s there were about a dozen relational database vendors. Oracle dominated the industry and remains an independent company today in part because it makes a ton of applications and some very advanced hardware — especially storage devices that keep data running at memory speeds rather than much slower disk drives.

Application vendors generally have followed where the database vendors have led, from on-premises, to client-server, to cloud.

Oracle has been the unsung hero of the cloud revolution even though it was late to put its own products there. The Oracle database has been the mainstay of enterprise cloud computing, though upstarts like Amazon AWS are nibbling away at that market. Today Oracle’s Autonomous Database in the cloud is one of a small handful of databases, along with AWS and Azure, and its companion hardware sets it apart.

Those familiar with the knowledge spilling out of business schools — you may have heard of Clay Christenson’s The Innovator’s Dilemma (1997) — know that when the upstarts begin nibbling at your market, you’re already in trouble. The dilemma is what to do about it.

Trying to compete with the upstarts doesn’t work that well — not necessarily because your technology can’t keep up, and not because your business model can’t change, and not even because your internal culture is too rigid.

Some of these issues might have been true in the past, but this is not anyone’s first trip around the track. What to do becomes an opportunity to chart a new path, or at least focus better on the core business.

Mainframe and mini-computer makers didn’t have that luxury. Some certainly were slow to adapt, some had cultural issues, and some were locked into business models that shareholders would not consider changing.

That’s not today, though, and it’s not Oracle’s condition.

Today Oracle has some well-differentiated products that give it a significant performance edge. It’s also Oracle’s good fortune that the industry is at a turning point: Cloud computing, which is still replacing on-premises computing, is itself morphing. Over the next decade we’ll witness cloud computing turn into a full-scale utility resembling the electric grid in some important ways.

You may have encountered this idea in previous articles, but they bear repeating and fleshing out. First, truth be told, we don’t have an electric grid. We have several regional grids covering large parts of the continent, but they all adhere to a common set of standards like 120 volts and 60Hz.

The deregulated industry enables vendors to specialize into entities that only generate power or only transport it, etc. The result is the appearance of a grid and a thriving ecosystem of providers ensuring no single point of failure. (OK, we do have outages, but they are very rare. You get the point.)

Second, the standards the industry sets include minimum training and certification for people using the utility. You don’t need special training to change a light bulb and maybe a little instruction from your dad is all you need to wire a simple socket, but you absolutely cannot climb a utility pole and monkey with those wires.

The standard enables us to do some self-maintenance, but beyond that we need professionals. Imagine if we had this minimal set of standards how different social media might be — not for individuals but for society.

Also, there’s service if you need it and nobody steals power from your meter. That’s a utility, and we’ve already reached a time when we’re dependent on data that we access without a thought from all of our devices, wired or not.

So, we’re already most of the way to an information utility, except for the standards and some reliability issues. We need better standards to make information exchange simple and quick, which isn’t always the case, and to do a better job of protecting ourselves from the bad guys (talking about you, Vladimir).

Consumers and companies dependent on valid information to run their lives and business operations — and who isn’t? — need protection from bad actors who might want to steal data or misrepresent facts. That’s why we need the standards that will make the information utility whole.

That’s something that Oracle and a few like-minded vendors — such as Microsoft, IBM and Amazon — might be well-suited to do. The effort would look a lot like the effort that resulted in setting the SQL standard. Oracle was a part of that too.

That’s why Oracle should be a candidate for a split. The division would yield an applications company on one side, and a utility grade infrastructure company on the other. We don’t need to say much about Oracle’s applications. They’re highly competitive, and the company has a large and capable global sales team, put in place by the late Mark Hurd. They’ll do fine.

The utility infrastructure company would consist of the database and related systems, as well as the hardware that makes it run so fast. Hardware today is a commodity, and so is the relational database, but considering them together provides a unique solution.

The infrastructure company would continue selling products that support its applications and those of its partners, but its prime focus would be on organizing and launching the utility, because there’s a need for an information utility and plenty of enterprises willing to pay for the security it brings.

This will necessitate forming a committee to define the information utility’s standards for information sharing and mapping, security, and other things that should look like a high fastball to Oracle.

The arrangement would have multiple advantages for Oracle as well as the rest of the tech world, especially in areas like the Internet of Things, machine learning, analytics, data representation — a long list.

It would give the new companies the ability to establish new personalities and relationships with customers, effectively hitting the reset button on some relationships that may be more tolerated than embraced today.

Most of all, a split would enable Oracle to position itself as the driving force of the industry and a leader in a new era of high performance and secure computing.

Finally, it would help to tame the Wild West cloud culture that makes it too easy for hackers, malware makers and hostile governments to trash one of the most important lifelines for civilization today, information.

Oracle is at a tipping point but so is the rest of the industry. There’s an obvious need for the structures, standards and best practices of a utility to govern our information systems today.

It’s difficult to see how any vendor could pull together everything needed to deploy a true information utility,because all of them would seek to have an advantage over their competitors. Setting up a new entity to converge with others to generate standards that eventually would reach ANSI, the American National Standards Institute, is a good end run around that problem.

At the same time, splitting Oracle also would breathe new life into the business, and help the resulting entities better focus on markets that have become more complicated as they have gained sophistication.

Making this split would be a big move and not something to be taken lightly. In many ways it might be easier to spin up a new business unit than contemplate a significant remodel. However, that’s the nature of the technology industry. Nothing remains the same, and reinvention is part of its DNA. Time to be an amoeba, I think.