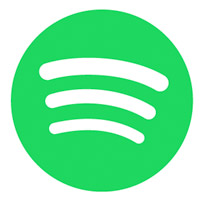 Spotify for Podcasters is a discovery and analytics dashboard designed to let podcasters track performance through data such as episode retention charts, aggregate demographics about listeners, and details on follower growth. Podcast data is updated daily.

Spotify for Podcasters users can download a .CSV file with their data.

“Data allows a podcaster to better hone their content and attract both advertisers and more listeners,” noted Rob Enderle, principal analyst at the Enderle Group.

“It is critical to building a podcasting business if you know how to use it,” he told the E-Commerce Times. “You can get a better sense of your audience and use that to attract advertisers and refine your content.”

The dashboard is available globally but currently is rendered only in English.

There is no industry standard definition for podcast metrics. Here’s how Spotify defines key metrics:

That’s because Spotify and Apple provide data only on their own app’s users, he told the E-Commerce Times.

Apple dominates the podcast business, with 63 percent of the market, according to Andreessen Horowitz. Spotify comes in second place with nearly 10 percent.

Spotify claims more than 200 million listeners across more than 75 countries worldwide, and says its podcasts’ reach has nearly doubled since the beginning of this year.

Those buys enabled it to “become the leading platform for podcast creators around the world and the leading producer of podcasts, said CEO Daniel Ek.

Over time, more than 20 percent of content on Spotify will be non-music content, he predicted, and Spotify’s goal is to become the world’s No. 1 audio platform.

Spotify, which is available for both iOS and Android, has “beaten Apple in a number of different countries as a way of listening to podcasts,” Podnews’ Cridland noted.

Show Me the Money

Video is roughly a trillion-dollar market, while the music and radio industry is worth about US$100 billion, Spotify’s Ek observed. “Are our eyes really worth 10 times more than our ears? I firmly believe this is not the case.”

Podcasting will lead the way for growth in the audio sector, he said.

Podcast listening, which drove that growth, increased 7 percent in one year, the firm said. More than half of Americans aged 12 and over have listened to podcasts. Further, podcast listeners continue to respond well to ads.

Spotify wants “to ride this wave to revenue,” Enderle remarked.

Podcasting ad revenue lags behind attention, and podcast monetization is in the very early stages and remains disjointed, according to Andreessen Horowitz. Still, it has doubled each year for the past few years, and investments in podcasting companies have shot up. Last year, a record number of venture capitalists put money into such firms.

With more than 450,000 shows in its catalog, Spotify may have a content advantage, which is at the core of listeners’ engagement.

“Spotify can already serve ads to listeners based on what genre of podcasts they listen to, and you can suspect they may do more of that,” Cridland said, “but crucially, Spotify is trying to increase app usage time without increasing their costs — which is why podcasting is so attractive. Spotify has to pay to use music. Podcasts, however, come free.”

That low-cost aspect of podcasting also might appeal to the corporate world.

“The decision maker who may not have time to read your report might want to listen to you talk, or watch, if you have a video,” suggested Michael Jude, program manager at Stratecast/Frost & Sullivan.

In fact, Frost may disseminate its analysts’ reports as podcasts in the future.

Podcasts “apply to any company that wants to communicate with an audience of customers or prospects, or anyone else,” Jude told the E-Commerce Times. “If all you want is the essential information, that’s a good option.”

Companies can “do centralized curation and archive, and send podcasts to people on their smartphone,” Jude said. “You can even do video podcasts this way.”