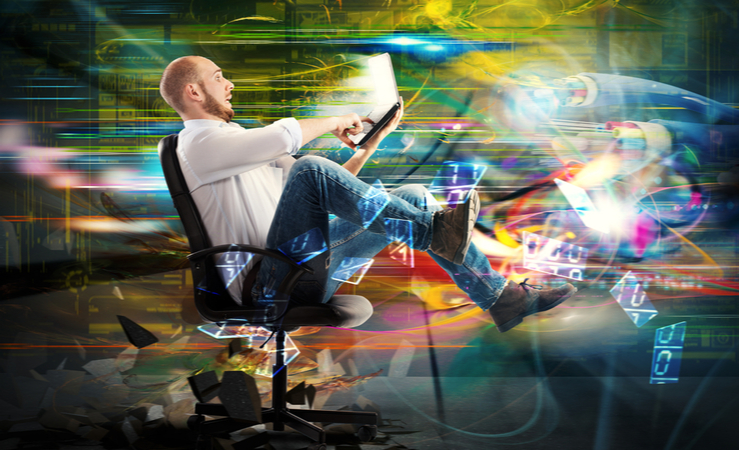 Summary:
For online shoppers, every millisecond can be the difference between a buying customer and an abandoned cart.

In the burgeoning Amazon-eats-world of e-commerce, speed is king. How quickly a merchant can get shoppers to the “Buy Now” button before they become frustrated and abandon their cart – which more than half do – is a key driver of success.

In this realm, performance is measured in something called TTI (Time to Interact), which is how fast the seller’s content delivery networks (CDNs) can load the right mix of images, advertisements and interactive buttons for shoppers, as well as such invisible to the buyer elements as cookies, analytics and so on.

No surprise that Amazon has been the e-commerce industry benchmark, but, that may have just changed. Last week a San Jose-based start-up called Zycada emerged from stealth with $19 million in funding and a new CEO, claiming that its innovative bot technology can deliver TTI speeds 10x that of Amazon.

Zycada claims to deliver the fastest online shopping experience in the world and already has an impressive roster of Fortune 500 customers who agree (including one of the world’s largest retailers who wants to remain nameless for the moment). As Subbu Varadarajan, who co-founded Zycada with Roy Antonyraj, in 2016 told me in a recent phone interview:

Amazon typically takes 1.35 seconds to load its interactive content. We do it in less than 500 milliseconds. Typical e-commerce sites without this kind of acceleration have wait times of more than three seconds. For modern online shoppers that can feel like an eternity and cause them to abandon their carts and take their business elsewhere.

Zycada is the world’s first programmable performance bot technology designed to speed up the shopping experience. The bots can uniquely fingerprint online merchant e-commerce sites and intelligently quicken the loading of both static and dynamic content. They accelerate user interactions, basically working ahead of shoppers as a kind of personal concierge to dramatically enhance the experience. This enables online retailers to deliver a rich, responsive shopping experience straight out of the box, with no configuration or tuning.

Brear said that for advanced online shopping applications, Zycada bots are micro-programmable, which means they are uniquely customizable, plus the technology seamlessly integrates with existing CDN’s, and requires no code changes. And because Zycada is delivered as a service, it can be up and running in a few hours.

We have introduced an innovative approach that eliminates many of the e-commerce bottlenecks by employing the scale and power of bot technology in a way that’s never been done. As a result, we’re not just leveling the playing field between e-retailers, we’re helping them rise above Amazon.

The veracity of that claim remains to be seen.  There is nothing that says Amazon couldn’t make Zycada an offer it can’t refuse and co-opt the proprietary parts of the technology. Except, maybe, a slight fear that regulators are still watching the big guys for signs of predatory behavior.

Either way, Zycada is going to do alright. The e-commerce market has been growing like gangbusters and the pace is likely to pick as Coronavirus concerns continue to reshape customer behavior and advance the transition from brick and mortar stores to online shopping in many retail segments. Even before the COVID-19 pandemic, online sales were forecast to grow from $3.5 trillion in 2018 to $7 trillion in 2024.

With somewhere between 12 and 24 million online retailers, many of which lack the resources and infrastucture to deliver customer experiences as fast and reliable as Amazon, Zycada feels like it might well have the kind of technology that allows retailers to effectively compete against Amazon on speed to buying close.