Home / Retail Omni-Channel / Staying private in the age of disruption – why Aldi, Enterprise and Stripe do it

Staying private in the age of disruption – why Aldi, Enterprise and Stripe do it 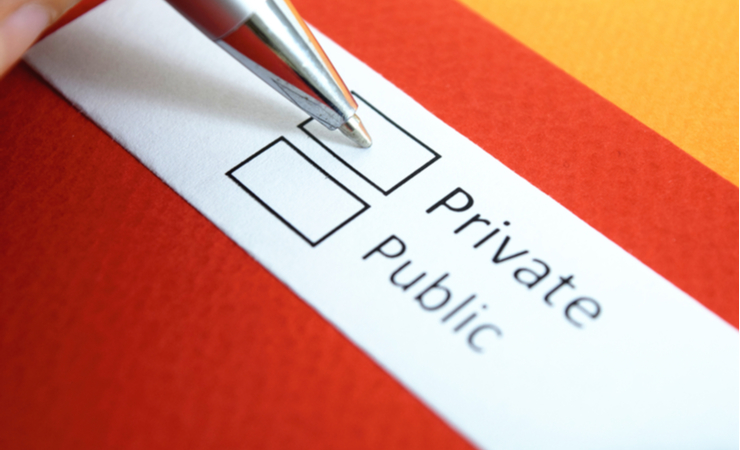 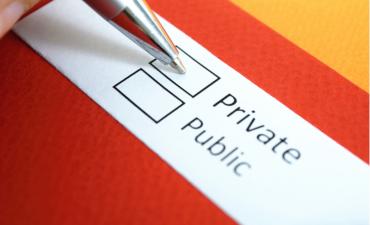 The benefit of an IPO to a young company is fairly obvious. Likewise, the upshot of staying private for a legacy company is clear. The former needs capital to become a serious player in its market. The latter is already a leader in its market and is looking to avoid giving up control, either to a board of shareholders or private investors.

Is that all there is to it? Is it possible in today’s corporate environment â€” with so much money being thrown around â€” for a fledgling business to remain private? Is it even worth it? The short answer is yes, though it can be difficult for startups to see the forest through the trees. Decades-old private companies have the benefit of hindsight, which has led to a kind of cultural rift between the new guard and the old.

Few people believe today that amid so much disruption, private companies have the capital or market share to be leaders of change in their respective industries. I believe they can. As I’ve written before on diginomica, private companies possess cultural and behavioral differences from their public peers, which allows them to be resilient and to think and act long-term.

For comparison’s sake, let’s look at three companies across industries that are in various stages of their life cycles and see why their status as privately held is an advantage, whether for the moment or the long haul. On the younger end of the spectrum there’s Stripe, the payment processing technology company founded by brothers Patrick and John Collison, which appears to be weighing the pros and cons of staying private in real time. Next is Enterprise Holdings, which is the parent company of Enterprise, Alamo, and National rental car companies. The third business is Aldi, the German, family-owned supermarket chain currently making a play in the US grocery market. Let’s go deeper into how these companies are well positioned to disrupt their industries.

Most interested parties expect Stripe to go public. If not today, then soon. For now, though, the company is remaining private. According to co-founder and president, John Collison, who spoke about the business at the Startup Grind Global conference earlier this year:

“Stripe is not done…. We have no plans to go public. Weâ€™re still heavily investing in growing the business, and if you kind of look at the stage that Stripe is at today in terms of how quickly headcount is growing and the amount we’re investing in international expansion, it still feels like a startup…. Still brand new products are being created.”

The ability to develop and take risks on new products is a central value of private companies. This is something Collison was highlighting in his conversation during Startup Grind. For its part, Stripe was able to direct funds and energy into product development, launching Terminal and Issuing, two brand new products, just last year. Public companies, on the other hand, are beholden to shareholders. Baked into that agreement is the understanding that the company will show incremental revenue growth year over year. Inside the boardroom this often translates to a level of conservatism on how and where funds are allocated.

The Collisons, of course, have partners of their own.By the beginning of 2019, Stripe had raised close to $800 million, leading to a $23 billion valuation. All that money often comes at a cost â€” autonomy. That said, the co-founders seem to have helmed much of Stripe’s decision-making up to this point.

The financial industry is poised for disruption, and payment processing companies are at the vanguard of that process. It seems to me that a company in this industry, like Stripe, should remain private to maintain the flexibility, daring, and stable leadership that comes with that decision. Will Stripe go that way? That depends… Less motivated by money, that decision should and likely will be based on three factorsâ€” how much R&D Stripe wants to commit to; how much of a corporate culture Stripe wants to foster and be responsible for; and how much product growth is in the pipeline.

The rental-car industry as a whole continues to do very well, which is surprising â€” even shocking â€” considering the prevalence of ride-share apps like Uber and Lyft and now the emergence of startups like Turo. According to Zion Market Research, “the global car rental market was capitalized at almost USD 58.26 billion in 2016 and is likely to cross almost USD 124.56 billion by end of 2022.” That’s a big market, and it’s ready for disruption. This industry is no doubt at an inflection point.

Enterprise Holdings sits atop the rental-car industry and has done so for more than two decades.Its three closest competitors â€” Hertz, Avis, Dollar/Thrifty â€” are all publicly traded companies, but their collective revenue in 2012 was $15.8 billion, compared to Enterprise’s $14 billion alone. Today Enterprise Holdings is the largest car rental company in North America, and potentially the world, hitting number 13 on Forbes’ list of America’s Largest Private Companies. Enterprise Holdings’ annual revenue in 2018 was $24.1 billion.

How did Enterprise best the competition? A combination of great customer service, high employee retention and satisfaction, and clever acquisitions â€” notably of Vanguard Automotive Group in 2007, owner of Alamo and National â€” have all played a hand in Enterprise’s success through the years. More recently, Enterprise doubled down in 2018 on what got them to where they are â€” cars: “Global fleet size grew to 2 million. In addition, Enterprise Holdingsâ€™ fully staffed neighborhood and airport locations, which increased to more than 10,000, facilitated more than 30 billion miles logged by customers worldwide.” This strategy, in this era, would no doubt be a hard sell around the table at a publicly traded company.

Enterprise Holdings isn’t just hunkering down for an inevitable technological winter, either. In 2018, Enterprise put down $2.4 billion in acquisitions focused on “car rental companies, carshare operations, technology platforms and franchises.” In short, Enterprise Holdings’ status as a privately held, long-standing titan in the industry puts it in the unique position to weather the storm of disruption that is headed its way. To do it on this scale requires decades of savvy and often risky investments that by and large could not occur under the scrutiny of powerful investors or shareholders, as we’re seeing with competitors Hertz or Avis.

Supermarkets are represented on both sides of the aisle, so to speak. There are big chains like Albertsons and Publix, which are among the top ten private businesses in America in terms of revenue and number of employees. At the same time their competitor Walmart, public since 1972, accounts for around 2% of the US economy. When comparing annual revenue, Walmart is on a complete other level. The company netted $136 billion in the US alone in 2018 â€” and half a trillion dollars worldwide â€” while Albertsons, the third largest private company in America, pulled in an estimated $60 billion.

It stands to reason, then, that Walmart and other big box stores â€” Costco and Krogers, both public, are the second and third largest grocers in the US â€” have the capital and market share to drive their prices down to a level at which private companies cannot compete. One private supermarket chain, however, appears to have the vision and the guts to take on these American stalwarts. CNN recently published an article about the German grocery chain Aldi, which is now in the early stages of a $5 billion plan to become the third largest supermarket, by store-count, in the United States.

So how does a family business from Germany intend to battle the fabled mom-and-pop-turned-multinational corporation? Surprisingly, Aldi wants to compete not only on price but on quality as well. The company plans to add some 2,500 stores in the US by 2022. Those stores will be a fifth larger than their existing locations and will be located in more upmarket neighborhoods and suburbs. At the same time, these locations are still markedly smaller than any Walmart or big-box outlet. The Aldi stores will, as they always have, carry private-label foods, which bring down costs to the customer. But now the chain is emphasizing fresh food, expanding these offerings by 40%.

Aldi is attempting two things at once â€” moving upmarket and keeping prices low. This is no small feat, and while it appears the supermarket chain’s strategy is working and the stores are doing well in their new middle- and upper-class locations, nobody knows how long the center will hold.Not all disruption happens at the industry level. In this case, Aldi is attempting to fill the space in the retail market that Walmart has created in trying to innovate itself â€” specifically through expanding its e-commerce division. Aldi is essentially disrupting its market by using Walmart’s tricks at a time and place in Walmart’s lifecycle when it’s become too big and sprawling to use them itself.

The tie that binds

The throughline for the private companies mentioned in this article is that all three of them, at least for the moment, have plans for the future. As soon as, say, Stripe stops moving forward in product and strategic development â€” thinking long-term, in other words â€” it has lost the competitive advantage that being private affords it. Flexibility is critical, especially for relatively young companies like Stripe.

For Enterprise Holdings, which is large and seasoned, making any full-stop changes to try to meet the evolving demands of its market is difficult if not impossible. Maneuverability is hindered by size. So instead, Enterprise Holdings is using its sizable reserves to pad the rental fleet and invest in technology to keep pace with changes in its industry. The business’s ability to invest freely and substantially in its own future is a benefit earned through more than six decades of thoughtful, undiluted leadership.

In the case of Aldi, the roles are reversed. It is attacking an industry from the place of having less, not more. If Aldi, for example, is the commercial fishing boat of grocery retailers, Walmart is the container ship. It takes too long and requires too much for a Walmart to slow down, stop, and change direction. There are fewer gatekeepers and shareholders to answer to at Aldi, and as such, the company is more nimble and can attack new approaches, as it has with its US expansion.

The core benefit of forgoing an IPO may be strategic mobility and concentrated leadership, but as we can see from the examples above, there’s no textbook on how to leverage remaining private. This is also not to say that David is always going to beat Goliath â€” in fact it rarely happens. What we can learn from the state of these three private businesses is simple. They wouldn’t be private if it didn’t advantage them, and in a time when disruption is disadvantaging businesses every day, don’t be surprised to see more and more private businesses topping their industries.