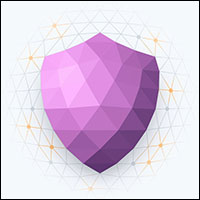 A chargeback is a demand by a credit card provider for a retailer to make good on a fraudulent or disputed transaction by repaying the full purchase amount plus a chargeback fee.

Resolving fraudulent disputes can take up to three months. Until then, disputed funds are unavailable to the business, even if it ultimately wins the dispute.

Stripe’s Chargeback Protection safeguards businesses against fraudulent charges and automatically reimburses the bank for the disputed charge and any associated fees. This process saves the involved card-issuing bank and merchant time, money and resources, according to Stripe. Fraudulent disputes are a growing problem for companies of all sizes, but especially for small and mid-sized businesses. Fraud disputes impact a company’s cash flow because funds are unavailable while the dispute is assessed.

Even worse, the companies must identify, collect and submit detailed evidence that a payment was not fraudulent in order to win a dispute. Fighting chargebacks often costs merchants more than double the original disputed amount. Lost revenue, penalty fees and evidence collection expenses add up, Stripe noted.

Stripe’s Chargeback Protection reduces the impact on companies victimized by fraudulent credit transactions by exempting them from collecting proof of the fraud. It eliminates the need to withhold merchant access to challenged payments. Plus, Stripe automatically will reimburse the disputed amount plus any chargeback fees.

“This tool is certainly innovative and could be long overdue,” said Robert Livingstone, president of
Ideal Cost.

“It will help Stripe stand apart from its direct competitors, such as Square and PayPal, as no one else really offers this level of chargeback prevention via machine learning,” he told the E-commerce Times.

Stripe’s Radar machine learning infrastructure assesses charges in real time, allowing fraud to be detected on the spot by requiring additional authentication for atypical transactions. It ensures that the checkout flow for trustworthy transactions remains frictionless.

“Over the last few years, a top request from Stripe’s users — no surprise — has been for help with fraudulent chargebacks,” he said. “Chargebacks beleaguer Internet businesses. They’re unpredictable, hard to win, and hurt cash flow since disputes can lock up legitimate funds for months while the process plays out. Stripe Chargeback Protection removes that burden entirely, so companies can focus on everything else they need to do to grow their business.”

The protection process for businesses is simple to initiate. It takes a single click to turn on Chargeback Protection.

Stripe is confident that its detection level is so high that offering chargeback protection will be a small financial burden. For smaller businesses, Chargeback Protection will help smooth cash flow by removing the unpredictability of disputes, according to the company.

“If chargebacks are costing your business more than 0.4 percent, then it is worth it to get it,” said Jamie Cambell, founder of
GoBestVPN.

“However, if chargebacks are a minor problem, it seems that it is more cost-efficient to just not use this program,” he told the E-Commerce Times.

The protection appears to be limited to chargebacks stemming from fraud. It does not cover chargebacks resulting from other issues.

“Small businesses should be aware that this will not solve 100 percent of chargebacks,” cautioned Ideal Cost’s Livingstone.

The 40 basis point cost may be reasonable for firms that have a significant chargeback issue, but for every US$1 million per month in sales, it represents a premium of $4K per month, noted Livingstone.

“I can envision a scenario where only the worst chargeback offenders load up on this service and very few light offenders sign up,” he said.

This could have three possible outcomes: a cost increase for everyone; Stripe dropping merchants with too many chargebacks; or cancellation of the program entirely.

“Merchants will become dependent on a program that could lead to increased costs, losing their processing privileges with Stripe, or having to learn and then unlearn a new system, Livingstone concluded.

“Money is removed from your account, often before you get a chance to respond. Then the response takes your time, only to never really hear what happened in the first place,” he told the E-commerce Times.

“Any tool which cuts down on that and helps cut my workload in regard to chargebacks and the checkout process is going to be really well received,” Aselstine said.

“As for advantages for Stripe itself, it’s a hell of a marketing tool,” he continued. “They’re already doing a good job at simplifying the process so SMBs know what we’re paying for credit card fees. This hits another aspect that most SMBs don’t have the time or capacity to understand more fully.”

There are some possible drawbacks, however, Aselstine acknowledged. The details are going to be important.

“Some consumers are going to be blacklisted from Stripe merchants,” he said, “but there are also going to be some merchants who won’t be able to continue using the platform after too many chargebacks.”

“Stripe can earn some nice titles with this sort of initiative. They provide an extremely safe payment processing system for both consumers and businesses,” he said. “Security and protection can only make things better.”

The value for e-commerce SMBs is much-needed peace of mind, observed Ideal Cost’s Livingstone. It will avoid preventable chargebacks and reduce manual hours researching and fighting them.

An even better outcome, noted Cambell, is that SMBs will not lose revenue from chargebacks, “meaning scammers and thieves cannot use this method to receive free products and get their money back.”

The company, which has been in business for nine years, has denied any plans to go public.