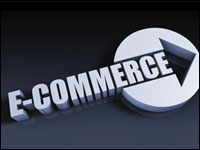 Consumers and companies worldwide have ramped up online ordering for software products and digital goods as they struggle to improve productivity and security while working remotely and spending more time at home.

2Checkout on Monday released a report that indicates a sharp spike in online commerce aligning with the timing of the current global pandemic. The report is based on the company’s global online sales data collected in March from more than 17,000 merchants selling both services and digital and physical goods.

Overall, 2Checkout estimated a 15 percent increase in online sales of digital goods globally due to the COVID-19 lockdown. Sales of physical goods during the same period did not show any significant growth globally.

The lack of global growth for physical goods could be attributed to the interruption in the supply chain and logistics related to the delivery of physical items, according to 2Checkout’s researchers.

The findings are pretty significant when compared to pre-pandemic conditions, noted Erich Litch, president of 2Checkout.

“We also analyzed year-over-year data to understand trends at country and category level. So we are confident that the upward trends are generated by the pandemic,” he told the E-Commerce Times.

“We noticed a decline in transactions with offline payment methods involving cash, such as Cash at 7-Eleven in the USA. The weight of this payment method is small — less than 1 percent of our U.S. transaction volumes. However, we noticed a 30 percent decline in cash payments, which was expected,” Litch said.

The data at country level is based on shopper-country transactions, which provide 2CheckOut with a very wide data set for analysis.

Researchers compiled the data from actual sales records. They also conducted a survey among the client and prospect population to understand what challenges they were facing and what measures they had taken to cope with the pandemic. Those results have not yet been released.

2CheckOut’s clients range from enterprise-level companies such as HPE Software, myFICO, Kaspersky Lab, and Malwarebytes to small and mid-size enterprises (SMEs) and a long tail of micro businesses in more than 200 countries and territories.

The report tracks the COVID-19 Impact on global online sales. It shows that online sales of services such as advertising or business services also retracted, with declines of 11 percent in March 2020 compared with the previous month.

Italy was the first country to have a significant increase in orders beginning March 9. In other countries online sales spiked in mid-March, coinciding with government-mandated lockdowns.

A surge in endpoint security sales occurred across many countries except Germany, which normally maintains a strong market for consumers and businesses in this category.

Sweden has not experienced a significant increase in digital goods sales, but it has seen a continued increase in services sales as expected. Residents there are not under shelter-in-place orders.

“The data we are seeing during this time of uncertainty demonstrates a sharp rise in the purchasing of digital solutions — designed to improve both the productivity and security of the global workforce operating remotely, as well as home entertainment — as part of a social distancing effort,” said Litch.

Following is a sampling of consumer buying activity in March as consumers and businesses started ramping up shopping as the health emergency spread. Based on the patterns revealed in the March analysis, Litch expects to see an increase in online sales across categories in the near-to-medium term at higher levels than estimated prior to the pandemic.

“So even if not at the same growth rate as in March 2020, we expect the upward trend to continue, so this is likely to become the new norm,” he said.

If the pandemic evolves as many epidemiologists expect — that is, receding and then recurring until more effective testing procedures and a vaccine are developed — the massive jump in online commerce likely will be permanent and even could grow, suggested Charles King, principal analyst at Pund-IT.

“That would provide obvious benefits to established online retailers like Amazon, but it could also create opportunities for mainstream retailers to up their online commerce game and open the door to disruptive new companies,” he told the E-Commerce Times.

The 2CheckOut report does not flag anything as being unexpected, questionable or problematic. However, it does raise questions about how supply chains can or will adjust to the new normal, King added.

“As many reports have noted, the pandemic has shown some cracks in Amazon’s armor in terms of the speedy delivery promised to Prime shoppers,” he pointed out. “If the company and its suppliers fail to address that, it would erode or remove one of Amazon’s biggest advantages.”

It’s worth considering how brick-and-mortar merchants will fare if online retailers and suppliers fail to address their supply chain shortcomings, King suggested. If they fail to find speedy solutions, consumers and businesses might revert to supporting local retailers.

“If that happens,” he said, “expect those businesses to develop new services and offerings designed to keep customers coming back for more.”