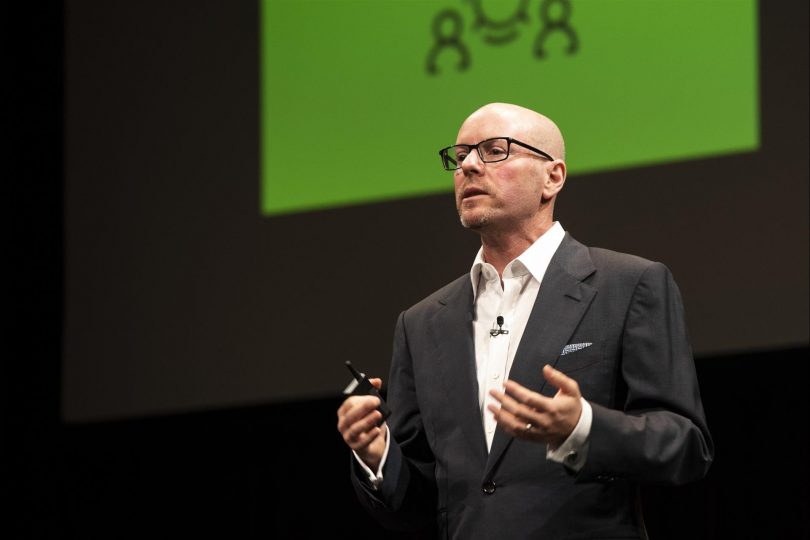 The story of Andrew Ly, a Vietnamese refugee who fled a Malaysian camp and was robbed at sea by pirates before ultimately arriving in the United States, buying a bakery with his brothers and building a successful business provided a successful blueprint for managing growth during SuiteConnect 2018 in San Francisco – except for the pirates.

Ly’s business, SugarBowl Bakery, grew to become more than just a bakery and café, but also now a large national manufacturer with two plants, five warehouses and two third party logistics providers, selling half a billion cookies per year. Representatives from SugarBowl Bakery were joined on the stage by two other successful organizations, including Kiva, a nonprofit that lets people provide small loans to entrepreneurs via the internet and the Golden State Warriors, winner of three of the past four NBA championships.

The common theme among these disparate organizations is managing growth and success, something NetSuite knows a thing or two about. In fact, last year NetSuite’s customers grew revenue at a rate of 17 percent, compared to six percent for the S&P 500 and eight percent for the MSCI index for emerging businesses.

“Companies running on NetSuite do grow faster,” said Evan Goldberg, executive vice president of development and NetSuite co-founder. “We’re not saying this is necessarily because of NetSuite,” Goldberg added, underscoring the company’s role as an enabler.

That sort of growth is even stronger for NetSuite customers that have deployed NetSuite OneWorld to support international operations. Those businesses grew revenue at 19 percent.

“[International growth] is happening earlier and earlier in a company’s lifecycle,” Goldberg said. “This focus on international operations has caused some change.”

SuiteTax, a development program to allow businesses to comply with tax regulations throughout the world has been a particular area of focus for NetSuite.

“We’ve redesigned our SuiteTax system for anywhere in the world,” Goldberg said. “It’s something we call ‘act global, be local.’”

NetSuite’s global financial capabilities give management visibility into global operations, while individuals running NetSuite in a particular geography also have something that’s been developed for their specific customers, language, shipping partners and payment partners, Goldberg said. “That’s the balancing act that we do.”

Kiva, for example, has given out $1.2 billion in loans in 80 different countries with a 97 percent repayment rate.

When Kiva CFO Pamela Yanchik Connealy was first interviewing with the company, she said she “was worried we ran Kiva on bailing wire, bubble gum and Excel. When I learned we were running on NetSuite I couldn’t have been more impressed. We have multiple entities and are a very complex organization. Having such a robust financial system like NetSuite that allows us to keep growing has been amazing.”

Conneally herself has given out loans via Kiva, one to a Syrian refugee in Lebanon who was seeking to open a beauty shop business.

NetSuite also increased its investments in helping nonprofits like Kiva further their missions, devoting more time, money and employee resources to the Social Impact program. Learn more about those efforts in the blog post Social Impact Accelerated: How NetSuite Brings the Village to Nonprofits.

The Golden State Warriors do their own part to impact social change, issuing $8 million in grants, refurbishing community basketball courts and focusing on equity in education. “As a CFO, I think a lot about return on investment and I think nothing has better returns than education,” said Jennifer Cabalquinto.

For the Warriors, NetSuite is enabling the organization to scale as it goes through a significant transformation. The organization is evolving from a basketball team to an entertainment business as it moves from Oracle Arena in Oakland to a new facility (the Chase Center) in San Francisco. The Warriors will make it a live entertainment venue and mixed use real estate project.

“The growth we’re going to see is exponential,” Cabalquinto said. “To go from 300 employees to thousands of employees including seasonal and union employees is going to be a big change. NetSuite is really giving us the ability to scale.”

NetSuite took additional steps to improve transparency and visibility for its customers by rebuilding SuiteAnalytics. “How you report [and] get dashboard information is something we’ve retooled from the ground up. It’s been a massive project,” Goldberg said.

In beta in release 18.2 with over 1,000 customers providing feedback, the new capabilities will be fully available in 19.1. “It’s built around the concept of a workbook, providing a set of data you want to work with and how you want to visualize it,” Goldberg said.

In addition to features like a more powerful query builder, multilevel joins, the ability to run queries across every single record and pivot table, users will be able to build mini trend graphs out of multi-series data to populate KPIs on their dashboards.

NetSuite customers with the strongest growth numbers are those that have deployed NetSuite OneWorld and SuiteCommerce, weighing in with 44 percent revenue growth last year.

“I can’t tell you that if you turn on OneWorld or SuiteCommerce your growth is going to go to 44 percent,” Goldberg said. But companies who are becoming more global and engaging in ecommerce are definitely growing.

Improvements to SuiteCommerce include capabilities like hierarchy management, new themes to support B2B and B2C ecommerce sites for specific industries, new extensions for adding things like complex image manipulation and blogs, for example, and a Google Tag Manager Editor.

Goldberg and NetSuite will be sharing more stories of growth and plans for the future at the annual SuiteWorld conference scheduled for April 1-4 in Las Vegas. Early bird registration is now open.