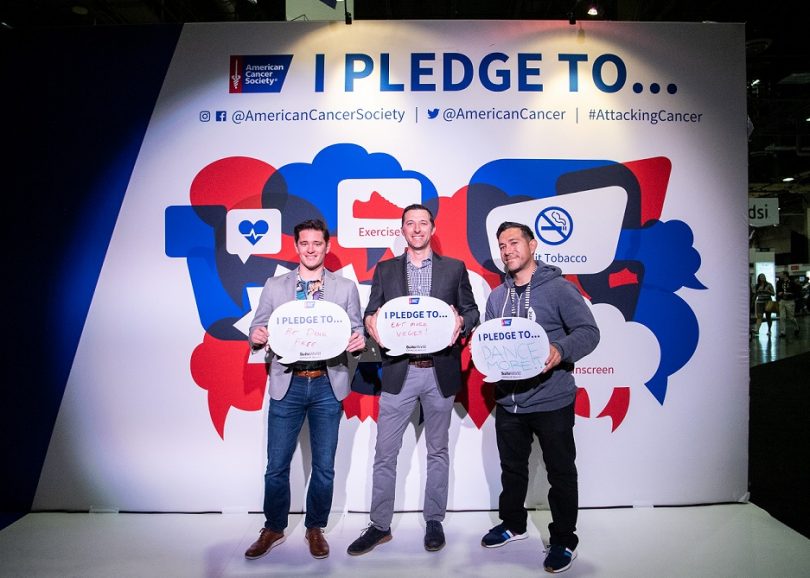 SuiteWorld19 took an unusually emotional turn when Cathy Patenaude was guided to the stage at the opening keynote.

Pateneaude, who years ago contracted CML leukemia and subsequently lost her sight, depends on the American Cancer Societyâ€™s Road to Recovery program, which helps transport her to treatment appointments in Las Vegas. Patenaude made an emotional appeal from the NetSuite stage in her home city to support the American Cancer Society, which offers far more than just research grants and car rides.

American Cancer Society, a NetSuite customer, was founded almost 100 years ago by a group of 10 doctors and 5 laypeople in New York City. Back then â€“ cancer was not openly talked about, and almost certainly meant a death sentence for a patient. The initial goal was to simply raise public awareness around the disease to promote waging the war on cancer.

Since then, this goal has grown to attack cancer from every angle. Cancer has an affect on everyoneâ€™s lives at some point in time, so American Cancer has dedicated themselves to research, prevention, support and lawmaking around fighting the deadly disease.

While research is left to the experts at ACS, everyone can actively participate in the fight against cancer prevention. So when Patenaude reached out in request for the help of the audience, NetSuite and SuiteWorld attendees answered that call. NetSuite promised to donate $10,000 to the American Cancer Society if attendees signed 2,000 personal pledges to help in the fight against cancer.

All week, attendees flocked to the American Cancer Society booth on the exhibit hall floor, pledging to â€œEat Healthy,â€� â€œNot Smoke Tobacco,â€� â€œExercise,â€� â€œWear Sunscreenâ€� and more. In addition to raising funds for the incredible organization, the hope is that this exercise helped people think more proactively around what they can do in their daily lives to prevent cancer.

I pledge to get early screenings in honor of my Aunt Mary #attackingcancer
#SuiteWorld19
@AmericanCancer
pic.twitter.com/V6thTw9QzT

By the final day of the conference, attendees had more than met the challenge and NetSuite made good on its donation, following through on a proud history of donating to nonprofits as part of the conference. Past recipients have included Alexâ€™s Lemonade Stand and Stop Hunger Now.