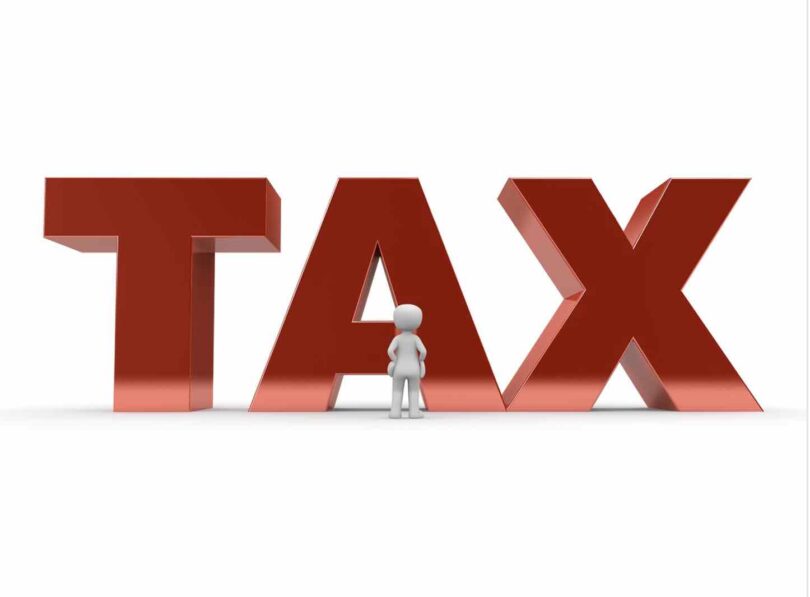 Summary:
A tax on online retailers to save the Great British High Street? And raise £2 billion a year? Too good to be true? Yes!

According to the mainstream media in the UK this morning – and an increasing number of international outlets as the rest of the world wakes up  – the UK’s finance minister is all set to slap a new ‘tax’ on online sales that will somehow both level the playing field for bricks-and-mortar businesses and raise a very helpful £2 billion a year to boost a post-pandemic/pre-Hard Brexit economy. Hurrah!

If that sounds almost too good to be true, that would be because…it is.

Let’s be clear what’s being talked about here. This new ‘tax’ is part of a much, much, much wider re-evaluation of business rates policy. There ought to have been a re-assessment of what this looks like next year, but the COVID-19 crisis has meant that this has now been postponed. The next re-evaluation will actually take place in 2023, although – at least as things stand – this will be based on property values as they stand on 1 April 2021.

What does this have to do with digital ‘tax’? The common complaint, not without some justification, from bricks-and-mortar retailers is that the cost of business rates on their physical properties means that they are automatically at a disadvantage to pureplay online retailers operating without such a toll. Until such digital entities face the same fiscal burden, is the complaint, or until existing business rates are slashed, then ‘legacy’ retailers can’t compete on a level playing field.

Now, a bit of ‘Amazon-bashing’ goes a long way in political circles, so long as it doesn’t actually deter any US HQ-ed companies from thinking about setting up in the UK, so HM Treasury is going to have no problems from an image point of view with headlines that proclaim Chancellor of the Exchequer Rishi Sunak is the man to take on the challenge and save the Great British High Street, just in time for Brexit.

But that’s not what’s about to happen. What is happening is that the UK Government, looking ahead to the 2023 re-evaluation of business rates, has issued a Call for Evidence consultation document to invite comments from interested parties- including Amazon et al – on whether there’s a better way of doing things. Feedback will then be scoped into a review in 2021 – after the ‘No Deal’ Brexit deadline has passed and when who knows what will be happening COVID-wise.

So, online tax to save the economy? No. £2 billion a year from making the Amazons of the world pay their due? No. Nice bit of hyperbole to froth up the right wing mainstream media? Job done!

Something should be done

That doesn’t mean the review is a bad idea. The current business rates mechanism is not designed for an omni-channel world, particularly when the shift towards online shopping has been accelerated by the threat of COVID-19. All around the world, established retail brands, most already struggling from omni-channel lethargy, have crashed as their physical realm has become a no-go area. We’ve seen job losses, we’ve seen bankruptcy protection filings and we’ve seen an uptick in efforts to get out of – or re-negotiate – prohibitively costly real-estate leases.

So what does the UK plan to do? Well, there seem to be two main options on the table at the moment. One is a capital services tax based on the combined capital value of non-domestic land and property, determined by either their purchase value or on the basis of regular revaluations.

The other is this so-called online services tax that would be imposed on companies based on their online sales, which could then be used – apparently – to fund business rates reductions for retail properties.

This is, it has to be noted, emphatically not the ‘Amazon must pay!’ gambit that many media outlets are proclaiming today. This would be levied on everyone who has an online side to their business, which post-COVID is going to be just about anyone left standing, and would be “complementary” to – ie in addition to  whatever form physical world business rates take.

The consultation document explicitly state that this is ‘in addition to’, not ‘instead of’:

And who’s going to carry any additional costs? Well, according to the government consultation paper, you and me:

Other stakeholders, including many retailers, are opposed to such a tax. As a fundamentally different tax to business rates, some raise concerns that an online sales tax would simply increase the costs for consumers of many regularly purchased items or make it harder for offline retailers to adapt to changing consumer habits and establish their own online presence. There is also a risk that an online sales tax could, subject to its scope, be distortive and incentivise the bundling together of certain online purchases of goods and services; any new tax should maintain purchasing neutrality and not incentivise this consumer behaviour.

What the UK government wants to know now, as part of its wider review of rates, are view on 4 main questions:

According to Jesse Norman MP, Financial Secretary to the Treasury, in the foreword to the consultation document:

COVID-19 and associated public health measures have significantly affected how non-domestic property can be used. COVID-19 has also, in the near-term, increased the use of online shopping. It is too soon to tell what the lasting impact of COVID-19 might be on the non-domestic property market. The government will need to strike the right balance between continuing to raise the revenue necessary to fund essential public services and supporting the economic recovery.

There’s no doubt that “right balance” is going to be critical, no matter what the political perspective with which you approach this topic.There is a clear need for change here. The British Chambers of Commerce has said that it expects around a third of companies to make job cuts in the coming months, a claim based on a survey of 7,400 firms.

Leading figures in retail are firmly of the view that there’s a need for some form of government action here. In an interview with the London Evening Standard newspaper., Sir Terry Leary, former CEO of grocery firm Tesco, said COVID-19 had ramped up this need:

The High Street can now start to reshape around a more settled picture in terms of consumer demand. Clearly that will mean there will be less non-food space on high street, but it will in time be replaced by housing, retirement homes, doctors surgeries, gyms, beauty parlours, lots of services, restaurants when people come back… with the right sort of imaginative, visionary planning I think the high street can recover.”

Meanwhile the never-knowingly-understated Mike Ashley, owner of Sports Direct and UK retail institution House of Fraser, has hit the roof about the pushing out of a rates re-evaluation for two years:

Not only has it has kicked the can down the road; it has also kicked businesses when they are clearly down. How many more businesses on the High Street have to disappear and jobs be lost before the government takes this issue seriously? How does the government reconcile its maintenance of a punitive and outdated business rates regime, with its predictable and devastating effect on the viability of bricks and mortar businesses, with its recent policy decisions seeking to have customers return to our High Streets?

What everyone agrees on, government and retail sector like, is that something must be done. The problem is, in political terms, ‘something must be done, this is something, let’s do this’ is an end in itself – and almost never one that results in the best outcome for anyone, beyond some cheery headlines from the newspapers supporting whatever party happens to be in power at the time.

Meantime, if you want to look for real digital tax trouble ahead, check out the bellicose rumblings from the US Senate’s Finance Committee which has warned that current UK plans to impose a 2% revenue tax on digital services providers could scupper a Brexit trade deal and calling for the plan to be reconsidered.