Home / Retail Omni-Channel / The foundational prep work has been done; now it's time for digital renovation to kick in at DIY retailer Lowe's

The foundational prep work has been done; now it's time for digital renovation to kick in at DIY retailer Lowe's 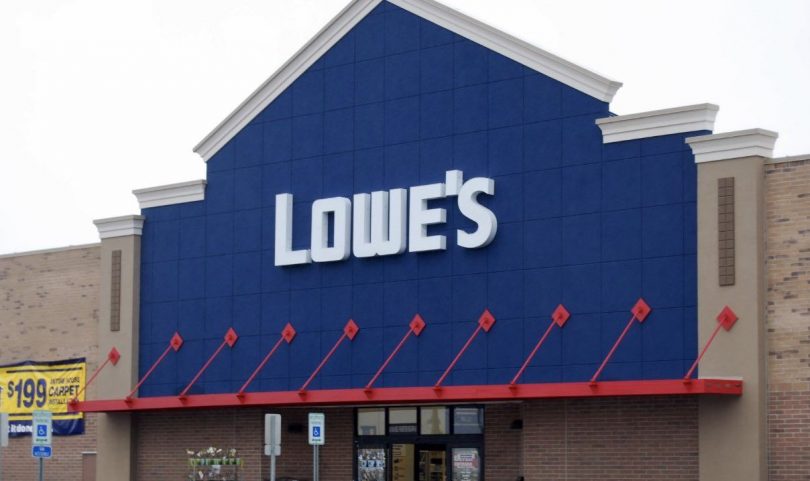 The foundational prep work has been done; now it’s time for digital renovation to kick in at DIY retailer Lowe’s
Stuart Lauchlan
Thu, 08/22/2019 – 03:38

Home improvement in the US is a retail market with two gorillas leading the pack – Home Depot and Lowe’s. In recent years, the former has taken the lead position with Lowe’s slipping down the field. But as weâ€™ve noted previously, both firms are looking to omni-channel transformation to either secure their position (Home Depot) or restore their fortunes (Lowes).

Both firms turned in better than expected quarterly numbers this week, with Lowe’s in particular winning Wall Street approval. That will come as a relief to CEO Marvin Ellison, now almost a year in situ, although heâ€™s not taking anything for granted when he says:

We’re not taking victory lapsâ€¦Anytime you have lost market share and lost relevance over a five to seven-year period, like Lowe’s had done prior to 2019, you can’t just run the same play over and over again and expect that you’re going to get a different result.

Ellison is a dyed-in-the-wool digital transformation evangelist. Ironically he was a prime mover behind Home Depotâ€™s initial push into an omni-channel business model, before attempting – with less success it has to be said – to do the same as CEO at JC Penney. His sudden departure from that role in 2018 to return to Home Depotâ€™s main rival seemed appropriate.

Since his arrival at Loweâ€™s, heâ€™s taken action to put in place a digital team around him to support omni-channel growth, most notably Mike Amend as President of Online and Seemantini Godbole, formerly Senior Vice President, Digital and Marketing Technology at Target, as CIO.

Online still only represents 5% of total sales and boasts a modest growth rate of 4%, but thereâ€™s everything to play for insists Ellison:

We know that we have upside potential for the business by getting our arms around this business and we have the people that can do itâ€¦to me, that just screams upside opportunity because we know how to fix the online businessâ€¦We have the right people in position to get this fixed and we have a very detailed transformation plan.

Thatâ€™s the long term plan and it is a long term one with short term impacts that are less favorable. Ellison admits:

We took steps to improve the quality of our online business by eliminating certain programs which were unsustainable from a profit perspective. In taking these steps, we knew that we would stunt our short-term growth. However, we took the necessary actions to position ourselves to grow our online business for long-term sustainable success.

Last year we noted that CIO Godbole had been gifted a tech makeover budget of $550 million and wondered at the time what use it would be put to. Thatâ€™s become clearer with the most dramatic development being a replatforming of the tech foundation of lowes.com over to Google Cloud. Ellison explains:

At the beginning of this year, our dot-com site was on a decade old platform. So, we expect to have the entire site on the cloud in the first quarter which will improve our agility as we redesign the customer experience from search and navigation to checkout.

A second initiative follows Loweâ€™s acquisition of Boomerang Commerceâ€™s retail analytics platform back in May. The purchase was said at the time to be driven by a need to modernize and digitize Loweâ€™s approach to pricing. Ellison says now:

Integrating this platform will allow us to incorporate Boomerang’s technology into our core retail business, bolster strategic, data-driven pricing, and also allow us to make better merchandising decisions across the business from an assortment perspectiveâ€¦This retail analytics platform will be fully integrated with our price management system during the first half of 2020 and will provide us with a best-in-class pricing analytics system.

It’s going to really take us from trailing almost every major retailer to being at a best-in-class level on pricing analytics.

In-store, there have been tech-enabled programs to improve customer experience, most notably the roll-out of 88,000 mobile devices to store associates as part of a wider customer service model under the banner of SMART. The devices deliver real-time data to personnel on the shop floor, meaning thereâ€™s no need to goÂ  away to seek information that can assist customers.

This is an evolving rollout, with new functionality added over time. For example, one of the more recent developments was a store walk application designed to optimise store reviews and allow managers to assess productivity by department.

The firm has also announced the opening of a global technology center hosting 2000 additional tech professionals in Charlotte. Work has begun on the facility which is due to open in 2021. Ellison says itâ€™s an important symbol of the importance placed on technology within Lowes:

All of this represents a big bet on technology-enabled business transformation and itâ€™s one that Ellison is at pains to emphasise will take time. But heâ€™s confident – as he always is – that digital and online investment is essential and will pay off:

The way we look at online is that we think, for the balance of this year, we’re going to have modest growth, but we’re going to be working very aggressively on re-platforming to Google Cloud and a lot of other foundational functionality – improved search, checkout, navigation etc.Â  And we believe, as we get into 2020, you’re going to start to see this business begin to grow at the rate that we expect it to. We see nothing but upside potential.

All of this is text book Marvin Ellison stuff. It worked well at Home Depot; it didnâ€™t work so well at JC Penney, but then again the problems there may be so hard-wired as to defy any turnaround! But his first year at Loweâ€™s has seen some sound appointments and investments to tackle some fixable deficiencies.

That said, heâ€™s absolutely correct to manage expectations. In the same week that Loweâ€™s turned in 4% online sales growth, Home Depot reported 20%. It also pointed to a successful Buy Online, Pick-up In Store program that means that 50% of US online orders are now being delivered in this way.Â  Loweâ€™s still has a lot of catch-up to do.

Any DIY project needs to start with the sorting out the basics, sanding down surfaces, plastering over cracks and preparing the foundations for renovation. Ellisonâ€™s first year as CEO looks to have followed that best practice; now itâ€™s time to get to work on the improvements.