The link between counterfeit goods and terrorism – the challenge online retail platform providers must deal with before Donald Trump does it for them
Stuart Lauchlan
Mon, 02/03/2020 – 06:49 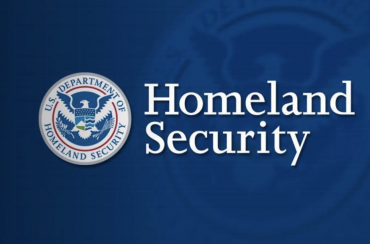 The challenges of squaring the e-commerce circle at the luxury end of the retail sector is a topic weâ€™ve returned to over the years at diginomica. Perhaps no high end retailer has been more outspoken in its antipathy towards the rise of online selling than LVMH Moet Hennessey Louis Vuitton, custodian of 75 product â€˜housesâ€™ that include brands such as Dior, Fendi and Marc Jacobs.

Maybe I’m old school but when I look at a business, I look at profits to see how well they’re doing. All of them, all these online sites, are losing money. So that’s a poor indicator. And the bigger they are, the more money they lose. We were asked to become involved in this. I was never keen.

There are some seeming cracks in the LVMH armor here. The Group does own an online platform called 24 Sevres, which launched in 2017 in collaboration with exclusive Paris department store Le Bon Marche to bring â€œthe Parisian take on fashionâ€� to the online world. But two years on, Arnault reckons itâ€™s the proverbial exception to prove the rule:

Because it’s small, it doesn’t lose much money. So we developed it modestly, but well, maybe we’ll find a way to make money. At this point, we haven’t found a way to make it profitable. I mean it’s almost insignificant for us.

But there are other seeming contradictions in the LVMH stance, although these occur at specific brand level. For example, LVMH-owned fashion house Kenzo has partnered Chinaâ€™s Tmall to open an online store on its Luxury Pavilion platform, while perfumery brand Sephora, acquired by LVMH in 1997, does retail online. Thatâ€™s different, argues Arnault:

Online sales [at Sephora] are very effectiveÂ because you have people who come to the site because they know exactly what they want. But on most of the sites, I’m not going to name names, but people go out there to look for discounts or bargains, as a result of which these sites cannot be profitable because they have to have low prices, otherwise they lose their customers.

Despite saying heâ€™s naming no names, he does when it comes to Amazon:

Of course, this is an outstanding company, but if you look at the figures, the products they sell online, having bought them beforehand, lose money. Where they do make money is on what they call the marketplace. So they don’t own the stock, they don’t own the inventory. They use their database to provide customers to other merchants, they take a commission.

And this is where Arnaultâ€™s e-commerce antipathy escalates to some strong charges:

Accusations of Amazon being an enabler of counterfeiting arenâ€™t new. Last year Nike pulled out of a trial partnership with the retail platform, citing a policy of â€œelevating consumer experiences through more direct, personal relationshipsâ€�. The issue of fake Nike rip-offs being sold wasnâ€™t explicitly stated, but was an elephant in the room. The firmâ€™s CFO, when previously commenting on the Amazon Retail pilot, emphasised the importance of having â€œan environment where [customers] know that theyâ€™re buying authentic NikeÂ productsâ€�. Two months later, the deal was off.

Others have been more explicit in their criticism. Birkenstock had previously bailed on its own Amazon pilot, with CEO Oliver Reichert pulling no punches when he said:

The truth is that Amazon makes money with these fakes.Â As far we’re concerned, Amazon is an accomplice.

That said, Amazon as effectively an enabler of terrorism and organised crime? Thatâ€™s fighting talk from Arnault. But itâ€™s a sentiment that will find favor among legislators in the US and in Europe, where a boom in counterfeiting is being placed firmly at the door of online platforms and is accompanied by similar allegations about the threat this poses to national security.

The rapid growth of e-commerce has revolutionized the way goods are bought and sold, allowing for counterfeit and pirated goods to flood our borders and penetrate our communities and homes. Illicit goods trafficked to American consumers by e-commerce platforms and online third-party marketplaces threaten public health and safety, as well as national security. This illicit activity impacts American innovation and erodes the competitiveness of US manufacturers and workersâ€¦This illicit trade must be stopped in its tracks.

And itâ€™s the big online platforms that are in the firing line:

While the expansion of e-commerce has led to greater trade facilitation, its overall growth â€” especially the growth of certain related business models â€” has facilitated online trafficking in counterfeit and pirated goods. American consumers shopping on e-commerce platforms and online third-party marketplaces now face a significant risk of purchasing counterfeit or pirated goods. This risk continues to rise despite current efforts across e-commerce supply chains to reduce such trafficking.

On these platforms, the counterfeit and pirated goods compete unfairly and fraudulently against the genuine items. While counterfeit and pirated goods have been sold for years on street corners, alleys, and from the trunks of cars, these illicit goods are now marketed to consumers in their homes through increasingly mainstream e-commerce platforms and third party online marketplaces that convey an air of legitimacyâ€¦.The ability of e-commerce platforms to aggregate information and reduce transportation and search costs for consumers provides a big advantage over brick-and-mortar retailers. Because of this, sellers on digital platforms have consumer visibility well beyond the sellerâ€™s natural geographical sales area.

The studyâ€™s findings were followed-up last Friday when Trump signed an Executive Order giving the DHS more powers to tackle sales of counterfeit goods on US online platforms, with Presidential Trade Advisor Peter Navaroo firing a warning shot across the bows of the likes of Amazon and Walmart, urging them to clean up their acts:

If they don’t, DHS will take steps to ensure they do.

On the table is a number of immediate actions, including:

In an opinion piece for CNN Business, Navarro was explicit in his criticism:

Huge e-commerce platforms like Alibaba, Amazon, JD.com, Shopify and Walmart.com serve as global hubs that seamlessly interconnect a vast network of online third-party marketplaces and under-scrutinized vendors..in the 21st century, it is frankly absurd for American consumers to face the significant risk of being defrauded or physically harmed by the products they buy online, yet the current risks are unacceptably high. The Trump administration is tackling this problem head on and in “Trump time,” which is to say as soon as possible.

Just in case the message hadnâ€™t got through, he concluded:

This report puts both counterfeiters and those within the e-commerce system clearly on notice that they must step up to the monitoring, detection and enforcement plate. It’s long past time this Wild West of the 21st digital century be tamed. President Trump, with the DHS and his administration deputies as his enforcers, is just the sheriff to do it.

In Europe, the Fox News-pleasing rhetoric is less colorful, but the European Union is equally as concerned and with its track record of having an appetite for clipping the wings of US tech behemoths, only too ready to regulate against the Amazons, Alibabas et al.

For its part, Amazon recently announced plans to inform US and European authorities whenever it finds counterfeit items being sold and will close down the sellerâ€™s account at once. Previously brands whose goods were pirated had issue takedown notices themselves.Â  Meanwhile Walmart says that less than one percent of goods sold on its marketplace are not legitimate and that it has mechanisms in place to remove them when they are reported.

There can be no doubt that the major online retail platforms do carry a responsibility to ensure that the goods sold via their channels are legitimate. The organized crime and terrorism angles equally carry validity although make me nervous when used as an excuse to extend the powers of security services or for political expediency. For the likes of LVMH, additional protection of its rights will be welcomed; for the Amazons and Walmarts, there will be additional governance and compliance costs to be factored in, but thereâ€™s a price tag that does need to paid here.

The biggest question of course remains what actions will be taken in other parts of the world, most notably China and India. This is a global problem and while itâ€™s encouraging that the US and the EU are ready to tackle it, without the exploding markets of China and India signing on itâ€™s an issue thatâ€™s not going to go away. That in turn can only lead to more regulation, more talk of tariffs and the opening up of yet more trade wars that benefit no-one.