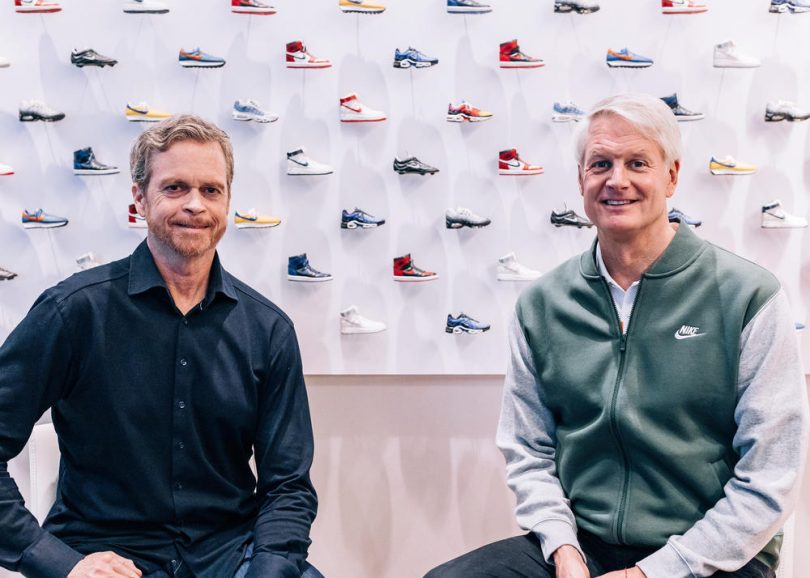 Summary:
CEO musical chairs continue – McDermott’s off to ServiceNow; Donahoe is off to Nike.

With Bill McDermott about to settle into the CEO chair at ServiceNow, the most recent occupant John Donahoe is off to Nike, an appointment that reinforces the firmâ€™s pivot towards its digital ambitions,

Donahoe will take over as CEO from Mark Parker in early January, with the latter stepping into the role of Executive Chairman. Donahoeâ€™s tech credentials were heavily emphasised in the announcement of his imminent arrival. Parker states:

This is an exciting time for Nike where we see brand strength and momentum throughout the world and great opportunity for future growth. I am delighted John will join our team.

His expertise in digital commerce, technology, global strategy and leadership combined with his strong relationship with the brand, make him ideally suited to accelerate our digital transformation and to build on the positive impact of our consumer direct offence.

Donahoe has actually held a board position at Nike for the past 5 years, as well as being chairman of online payments firm PayPal. Prior to becoming CEO at ServiceNow, he was CEO of online marketplace eBay, so thereâ€™s a strong digital background to tap into. He says:

It is an honor to become President and CEO of this amazing, innovative company, and to join the more than 76,000 talented and passionate employees dedicated to serving athletes,â€� said Donahoe. â€œOver the last five years, Iâ€™ve been proud to be connected to Nike through my role on the Board and now look forward to being a full-time member of the team, working even more closely with Mark, building on Nikeâ€™s success and seizing the opportunities ahead.

There was considerable speculation that Parkerâ€™s decision to step aside might be linked to controversy at Nike. He had previously stated his intent to stay on as CEO after 2020. Headlines focused on the shutting down of Nikeâ€™s Oregon Project, which followed its head coach being banned for 4 years after being found guilty of doping violations by the United States Anti-Doping Agency. Parker had offered his support to the coach and said he would support an appeal.

But for his part, Parker insisted in an email to Nike staffers – obtained by CNN -Â  that there was nothing to see here related to his departure:

To be clear, I’m not going anywhere. I’m not sick. There are no issues I’m not sharing. I strongly believe the best way for us to evolve and grow as a company is to bring in a phenomenal talent to join our team who has long been part of the Nike family.

Nike has been one of the retail digital transformation stories that diginomica has tracked over the years and can claim to be one of the more successful. For its last full fiscal year, digital revenue was up 35% year-on-year, with the company predicting that online will account for around a third of total revenues by 2023.

Nikeâ€™s digital revenue surged 35% in the last fiscal year, with the company expecting online sales to account for about a third of its business by 2023. That growth rate is accelerating, with the most quarter turning in a 42% year-on-year rise.

At a time when Adidas is investing heavily in Salesforce to transform its digital capabilities, Nike sees its online, mobile and personalization capabilities as crucial competitive differentiators in building better customer relationships. As Parker outlined recently:

While products are usually the first to grab the attention of our consumers, we deepened those relationships through the power of digital. To do that, weâ€™re investing in three areas. We’re building industry leading personal experiences. We’re quickly ramping up our backend capabilities to capture more of that demand.

Weâ€™re bringing the joy of sport to even more people and we continue to build our more valuable relationships with the consumer through the power of digitalâ€¦The digital capabilities that weâ€™re creating and investing in are really going to make us a better innovation company understanding the consumer, serving the consumer, leveraging the innovation that we invest in, itâ€™s all making us better. I see so much more opportunity from advancing our digital capabilities going forward.

A good appointment by Nike and one that will undoubtedly accelerate the pace of its digital transformation push.

Disclosure – At time of writing, Salesforce and ServiceNow are premier partners of diginomica.