The State of Selling | Sales 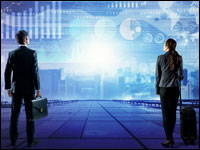 What’s the state of the selling profession today? In brief, it fluctuates significantly based on economic circumstances and a company’s position in a category lifecycle. At the start of a category lifecycle, when vendors really need people who can educate and explain what a disruptive innovation actually does, salespeople are in demand and life is very good indeed. In a down economy, most selling suffers; in a recovery selling can be fun.

Of course, life is even more difficult when the economy is down and the last disruption has run its course. In my selling career, I found that it is vital to understand where you are in all of this, down to a company’s trend line in its market, because even though a sales person can do a lot, the macro trends really own you.

I am always interested in the annual CSO Insights sales performance study that comes out this time of year. Its recently released 2018-2019 report is full of interesting nuggets that make me wonder where we are in various cycles.

Deep in the report, there’s a finding that about a third of most companies’ revenues come from new sales. Early on it notes that “average revenue attainment has reached 93.9 percent, the third straight year of growth,” which is good. However, it also shows that only about a third of revenue is coming from the sales team and, significantly, 15 out of 16 seller skills have declined over the last five years.

That means companies have been bringing in more money, but sales people have been less responsible for it, and they haven’t been as good at basic blocking and tackling as they were not so long ago. How do you explain this?

CSO Insights has a classic answer that I think stands up, but it also needs to be challenged in the current environment. For many years it has divided the sales world into four categories of sales process: random, informal, formal and dynamic.

Roughly drawn, random sales processes live in about 25 percent of the universe of more than 900 companies surveyed. This year the number of random process companies is down to 20.8 percent. Nicely done!

At the other end, the dynamic process supporters also represent about a quarter — this year it’s up to 28.9 percent. Good as well.

Finally, the broad middle, consisting of informal and formal process users, makes up half, or 50.3 percent, this year.

The differences are important, because the research shows that companies with dynamic processes — those that are able to adjust to customers’ changing expectations and truly provide consultative selling services — are the locomotives in terms of getting a deal, compared to the others, with the random process guys in the caboose.

Newbies in the Ranks

My analysis of this year’s report suggests that we in tech and the selling profession might be on the downhill side of some trends.

First, I don’t think you just lose skills in 15 out of 16 capabilities without cause. Sales people can be lazy. Finding the easiest way to a deal is the name of the game, and that’s a benefit not a bug; plus, they aren’t stupid.

For such a profound thing to happen suggests to me a significant turnover in the sales population. Newer, less experienced people are filling the ranks, and it’s obvious.

Also, the fact that revenues are up while this is happening tells me that sales people are less necessary today than they were five years ago. It could be that AI and machine learning are enabling more organizations to do more with less, but I suspect what’s really happening is that customers are just getting smarter and more experienced with the products on offer throughout a broad swath of the economy, so selling is being replaced by purchasing.

This happens all the time as products and categories commoditize. Vendors simplify products and the purchase process to the point that they can eliminate expensive sales talent — or at least replace it with lower-cost versions. I’ve seen this before, and it’s almost a generational thing, as people who “grew up” with a category or trend take their winnings and figure out something else to do.

The last time I saw this was in the 1990s. In that decade, mainframe and mini-computer business was eroding, but there was little to replace it yet. Client-server and large PC networks weren’t exactly ready for prime time. The false “year of the network” proclamation came so often that the “year” turned into a decade. It took that long to shift the industry.

Meanwhile, with expectations that most of the software and gear in the data center was about to become obsolete, demand dried up for almost everything, save ERP systems that could support four-digit dates. All this resulted in a difficult time for selling that was relieved only when the ERP thing had been handled and CRM became the next big idea in the enterprise. That was more than 20 years ago.

I think we’re entering another down phase for selling. So far it seems that vendors have been weathering the commoditization of their products well, and the numbers in the report bear this out. However, questions abound.

What will take over as the engine of progress if so many tech products are commoditizing? Will selling become the first white collar profession to be automated away, or will some new disruption require many people who can educate and explain things?

At the moment, the answers are somewhat obscure, though my bet is on new technologies that support sustainability and initiate dozens of new categories of products that help.

Those will be big ticket sales, and they’ll require smart people who can explain and educate, as well as close deals. The big questions are whether all this will take another decade, and if we have that much time.