The Subscription Model: The Shining Star of E-Commerce | E-Commerce 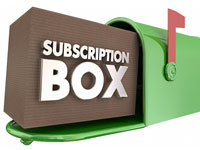 Subscription sales have become a strong part of e-commerce. Everything from razors to dog toys to movies is being sold on the subscription model, and subscriptions don’t show any signs of letting up.

“Our customers tell us that opening their
BarkBox with their dog is one of the best experiences they share every month,” said Allison Stadd, vice president of marketing at Bark, about its monthly dog supply box.

“Typically by the second or third month, most dogs will recognize that box and go crazy when they see it. Nothing makes true dog people happier than seeing their dog go nuts with excitement,” she told the E-Commerce Times.

Subscriptions can be beneficial both for companies, which get a dedicated customer base and steady income stream, and for customers, who get convenience and curated novelty.

“It can increase revenue and revenue growth rates, as well as provide more predictability on future revenues,” he told the E-Commerce Times. “For customers, if you find a consumable good or service you love, it’s far more convenient to subscribe than to purchase it manually each week or month.”

Companies increasingly have been looking for anything at all that might work if offered as a subscription, even if it’s a product that once would have been bought as needed in brick-and-mortar stores.

“Businesses I see enjoying success with WooCommerce subscriptions started with a good or service already consumed regularly — like food, beverage, cosmetics, clothing, media or education,” said Shepherd. “They then added a unique experience on top of that. Only after that do they introduce the subscription model to provide a layer of convenience for accessing their unique offering.”

The combination of offering a regularly purchased product enhanced by thoughtful curation seems to be the winning model in the subscription marketplace.

“Some big successes have been realized by simply looking at long-established business models and reworking them as subscription businesses,” said Darryl Hall, president of
Big Innovations.

“For example, not so long ago, consumers purchased mainstream products like razors in single transactions,” he told the E-Commerce Times.

“Unless you are pretty young, you’ve probably purchased them the same way your dad did, and his dad before him,” Hall continued. “Products like that may have generations of customers thoroughly accustomed to a single business model association. Entities like
Dollar Shave Club and similar [offer] an alternative. Now a market of razor users subscribe to purchase this kind of product.”

In the case of Bark, the company looked at a market that it saw as underserved — and could be served perhaps best with a subscription.

“Before Bark launched BarkBox, there was very limited innovation in the pet space,” noted Stadd. “No one was catering to the modern dog person mindset that dogs are members of the family and therefore deserve to have their needs taken seriously. No one in pets was talking to dog-obsessed millennials the way that kid brands talk to parents.” 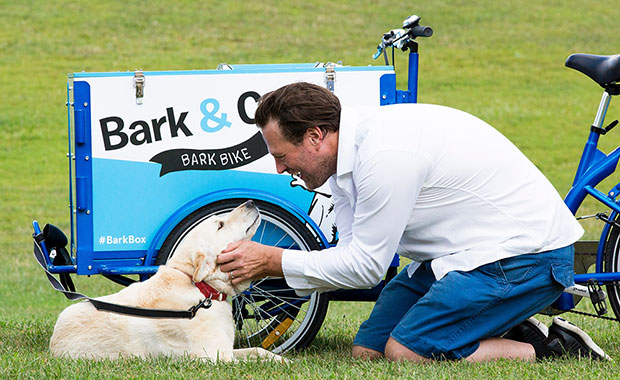 That kind of innovative thinking led the company to target an emerging market and adopt a business model that could shape and serve it.

“When dogs were kept outside in the doghouse, our business might have been different. We also owe much of our rise to a shareworthy product and smart organic social media strategy, which is and always has been all about ridiculously silly dog content that entertains vs. sells,” she continued.

“Without the Internet, Bark wouldn’t exist today,” Stadd acknowledged. “Digital platforms and algorithms have changed, which means the game today has bigger and more expensive barriers, but dog obsession continues to scale and we don’t see that changing any time soon.”

One key to a successful subscription model is making the price competitive. The subscription must offer value to consumers, both in terms of the products themselves and the curation of those products.

“A new online subscription model must be competitive,” said Big Innovations’ Hall. “If the market is already accustomed to a price for a kind of product or service you want to introduce, but you want to roll yours out at a much higher price, what about your offering is going to justify your price? Every time a popular, well-established business like Netflix tries to raise pricing by a dollar or two, the marketplace for that kind of service tends to freak out — over a dollar.”

Perhaps more than any other kind of sales, subscription sales are about building relationships between consumers and the companies that serve them.

“They are probably the form of selling that must max out the concept. After you jump through what can be many hoops to win a new subscriber, a dominating task becomes keeping them,” he pointed out. “In subscription models you can’t sell them and forget them. The sales job is not done when money first changes hands. Instead, you must then strive to bond with them. Nurturing programs are about building and strengthening such bonds.”

Another key is to think of the value that will be released over time, since unlike a one-time purchase, a subscription is ideally spread over time and into the future.

“Fundamentally, the most important variable is based in how it delivers its value,” said Hall. “The most successful online subscription models will release their value in a relatively steady stream over time. We borrow a term from big pharma when exploring such models with clients. Whatever they are thinking about as seeds for their own subscription model is strengthened as a concept if it has ‘time-release’ value. If those seeds deliver the bulk of their value in one big deliverable, there’s little motivation for subscribers to persist their subscription.”

With all of the benefits of the subscription model, it’s likely to remain a vital part of the e-commerce ecosystem, as consumers come to expect subscription options for many of the products they want and need.

“We’re seeing increasing demand from consumers for the convenience of the subscription model,” said WooCommerce’s Shepherd. “This demand may evolve into an expectation from consumers that a subscription will be available for things not traditionally offered on subscription but well suited to them, like groceries. This expectation creates new opportunities for existing businesses and startups alike.”

Vivian Wagner has been an ECT News Network reporter since 2008. Her main areas of focus are technology, business, CRM, e-commerce, privacy, security, arts, culture and diversity. She has extensive experience reporting on business and technology for a variety
of outlets, including The Atlantic, The Establishment and O, The Oprah Magazine. She holds a PhD in English with a specialty in modern American literature and culture. She received a first-place feature reporting award from the Ohio Society of Professional Journalists.
Email Vivian.