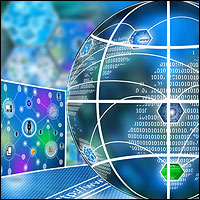 Disruptive innovations are only disruptive for as long as it takes competition to develop and thus create a market. Worse, for the disruptor, the niche it created can spawn other niches. Social networking provides a vivid example.

First, there were networking sites that could help you find a job or a sales lead. Then there were social sites whose purpose was simply, well, networking. Sites like Facebook and Twitter had no trouble achieving explosive growth, in large part because they were free.

Lately, though, the user/consumer has come to realize that free ain’t exactly free. The strings attached cause users to give up privacy and submit to psychological manipulation most often without their consent — a high price to pay for somewhat glorified email.

Social media’s problems have been well documented, so there’s no reason to review them here. However, hidden in the headlines are some nervous technology companies that jumped on the bandwagon early to make their wares all social, all the time. Exhibit A in all this is CRM.

There’s no CRM company that doesn’t leverage social media to support customer-centric business processes. From sales to service and marketing, CRM’s benefits include a lot of value from providing significantly lower-cost business processes.

Now the vehicle for all that goodness is in trouble, and while no vendors that I’ve spoken to suggested they’d be abandoning their links to social media, some have been getting nervous. A recent story in The New York Times documents how consumers in Illinois
filed a suit against Facebook for violating a state privacy law. The suit alleges that Facebook used facial recognition software on users’ photographs without permission.

In response, the social media giant is trying to invalidate the action, saying that no harm was done, and that harm beyond simple lawbreaking is needed to enable a consumer to sue. Seriously.

Meanwhile, Facebook is in freefall. Grassroots movements have been encouraging people to quit Facebook, and other social networks have been gaining traction — enough that the company has doubled the waiting period for people who want to have their accounts expunged from two to four weeks.

Leaving the lawsuits aside, this ongoing drama has opened a new social media niche, and there are vendors queuing up to enter. The players in the new niche aim to provide the goodness of social media including — the immediacy, bi-directional communication, low cost and broad distribution — without the vendor shenanigans. Actually, there may be two potential niches: “Facebook lite” or “Facebook nice”; and notifications.

The first option would strip away Facebook’s propensity to mine other people’s data — but from a commercial standpoint, omitting data gathering and analysis would leave Facebook looking bloated and silly. The second option might be a Goldilocks solution, because it admits users fairly easily and offers a communications regimen that’s not too much and not too little, but just right. That’s notifications — but they aren’t for everyone.

People using notifications dispense with the small talk — no baby pictures, cats or dogs, or birthday reminders. With notifications, people are always in the middle of a conversation — not trying to hit the reset button because thousands of followers need reminding.

Social scientists tell us that typical people can maintain between 150 and 200 or so relationships — it’s called the Dunbar number. More than that leads to confusion. Common social networking makes it possible to go way beyond Dunbar, though the relationships maintained often look similar to what you get with broadcast advertising.

I think there’s a future for notifications, and it’s possible that notification technologies will disrupt social networking. As with most disruptions, the older technologies wouldn’t necessarily go away, but their market reach and importance would decline. Notifications in CRM would give you a “just the facts” vendor-customer communications stream.

Right now, I’m part of a beta test of a notification product in stealth mode. Compared to Facebook, you might say it’s bare-bones. There are no apps, and there’s no profile database for the unscrupulous to mine. It’s just a list of my peeps, what I’ve called their attention to, and what they’ve sent me (along with our comments). Sometimes I ignore the incoming flow for lack of time, and it’s a good indication that I’ve reached my personal Dunbar number.

If there were ads and offers in the stream, I’d ignore them too, because I’m good at understanding my needs. With so little data emanating from the user, you might logically ask how a vendor is supposed to train an algorithm. The simple answer is that you hire people — perhaps subscribers, for a time — to share their data. That would be more than enough to capture use data ethically and train algorithms.

Not long ago, Esteban Kolsky and I ran a survey. As with most market research studies, the hard part is getting people to take the survey. Ten years ago, it was relatively easy — you just bought a list and invited people, and there were usually enough responses for statistical reliability. Lately, no one wants to be bothered, and market research has taken a hit.

The good news, though, is that the situation has opened a niche. Database vendors compile lists of people with specific attributes and pay them to take surveys. We researchers pay a fee to the consolidators and we get our answers. Most importantly, the responses come from people with the exact attributes we specify.

There will be people who say that social media can’t or won’t be effective with a payment model, to which I say that’s not my experience. Social media has tapped into a rich vein of information, and access shouldn’t rely on subterfuge. It generates huge profits, and there’s no longer a reason (if there ever was one) for sneaking around the user database for insights.

So those are some of the niches opening up in the shadow of social media. Notifications and a pay-as-you-go model for research that’s above board and gives consumers what they need. I think CRM vendors have started to pay close attention. The current war room mentality that companies like Facebook have been exhibiting is not helpful, and it could lead to an unnecessary crisis in social and maybe CRM. We don’t need this.