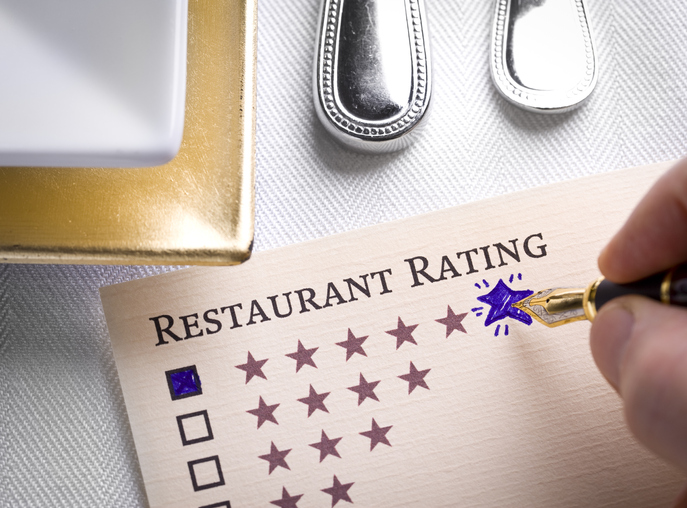 But hereâ€™s the thing: itâ€™s really hard for a restaurant get a very high rating on Yelp, even harder than it is for businesses in other industries. The average rating for businesses across Yelp is 3.77, with 40 percent of the ratings neither one star nor five stars. For restaurants the average Yelp rating is 3.71 which is consistent across the United States and Canada, according to the Yelp analysis.

Itâ€™s not necessarily a bad thing. Studies consistently show that consumers associate imperfection with authenticity, with even negative reviews serving a somewhat positive role because they establish trust, according to a study from Northwestern Universityâ€™s Spiegel Research Center. And there are ways your business can continually try to push those ratings higher and ensure that itâ€™s portrayed at its best to those scrolling through Yelp to make their dining choices. Here is some advice on how to increase your businessâ€™ Yelp rating.

Yelpâ€™s recommendation engine is powerful, but can also serve as a source of great frustration for restaurants that see positive reviews filtered out of rankings. About 75 percent of all reviews are recommended, according to Yelp, leaving of course a full one-quarter that are not. This means that while bogus reviews are ditched, sometimes a legitimate one might be caught in that net.

Yelp will â€œgenerallyâ€� filter out reviews from a person who has written only one review, has no profile photo or posts reviews that are too positive or too negative or are from a location other than where the business is located, according to an article on Vivial. Because quality, reliability and user activity weigh so high in Yelpâ€™s ratings, there are some things you definitely donâ€™t want to do if youâ€™d like to boost your ratings, according to RevLocal. These include avoiding paying or incentivizing people to review your business or asking friends and family to write reviews.

People pay more attention to what the review says than the star rating itself, according to a blog on Consumer Affairs.

In that same vein, shorter is better. The top 25 percent of mobile reviews by length rated 3.31 on average, while the 25 percent shortest came in at 4.10.

Yelpâ€™s own data demonstrates the benefits of shorter reviews and the words that generally characterize them. A review that fits into a text message and sums up the experience with words like â€œgreat,â€� â€œbest,â€� â€œawesomeâ€� and â€œamazing,â€� is much higher rated than reviews with the words, â€œordered,â€� â€œcame,â€� â€œminutes,â€� â€œaskedâ€� and â€œwanted,â€� according to Yelp.

Consider this in developing strategies for getting your customers to leverage Yelp. For instance, if youâ€™re going to include some language on the bottom of a receipt or in a follow-up email asking for a review, consider phrases with a call to action like, â€œLet others know about your awesome time! Write a few quick words on Yelp!,â€� or â€œWas our pizza the best? Help us by spending a second on Yelp!â€�

Whatâ€™s more, consider brevity and adjectives in deciding which reviews you want to have recommended of the ones that have been filtered out. According to RevLocal, â€œif you see a review a real customer has written on your Yelp page, but the review is being filtered, you can add the reviewer as a friend or vote the review useful, funny or cool.â€� This can help legitimate reviews be recognized by Yelp, according to the blog.

Consumers are almost twice as likely to visit the business if the owner responds to a negative review, according to a survey from Review Trackers. How you respond to reviews â€“ negative or positive — makes a big difference in whether consumers view the feedback as authentic and are willing to give your business a try.

First, itâ€™s important to respond fast. Responding within 24 hours increases your chances ofÂ having a reviewer upgrade their review to a higher star rating by 33%, according to Yelp. Secondly, use the right channel. A Yelp Business User Account lends the ability to respond to reviews with aÂ Public Comment or Direct Message.

Yelp recommends always starting the review process with a public comment so that, of course, the fact that you value customer service and feedback is apparent to all visitors. But consider following up with a direct message as well, according to Yelp, to gather more information from the consumer about their concerns, whether you believe they are valid or not. It not only lends valuable insight that can reshape how your business approaches something, but engaging a potential adversary could actually help turn them into an impactful ally.

These strategies can help boost your Yelp scores, and ensure consumers continue to spend time on the platform letting the world know just how great, awesome and amazing your restaurant is.