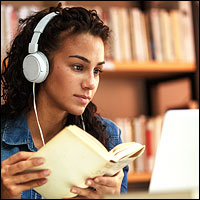 Salesforce has used its Trailhead learning system to teach developers how to program on its Lightning platform for more than five years. The company last week completed its fourth highly successful TrailheaDX conference, which attracted 14,000 people to the Moscone Center in San Francisco.

There are plenty of good reasons for Salesforce to be in the software-coding-education game. Not long ago, research organization IDC published a commissioned study forecasting that by 2022 the Salesforce Economy
could generate as many as 3.3 million new jobs at Salesforce and its ecosystem of customers and partners, and as much as US$859 billion in new business revenues worldwide.

That’s billion with a B, and in a global economy that generated combined
gross domestic product of $80.7 trillion in 2018, according to a World Economic Forum report, that ain’t nothing. The same report lists US GDP at $19.39T, leading all other countries.

If you’re Salesforce, it’s understood that your business increasingly is about selling seats that access your platform. While the traditional CRM product still commands the largest part of that revenue stream, the number of developers using the platform is an important engine of the future.

The Salesforce AppExchange is another important revenue contributor with its more than 3,000 distinct applications based on the platform, produced by partners developing those apps using Salesforce tools. Salesforce saw all this a long time ago, and some of its most prolific developers can boast about histories going well over a dozen years.

At the same time that Salesforce has been promoting its platform and development opportunities, it also has maintained a steadfast commitment to equality within the company ranks and beyond, something that has put the company and Marc Benioff — its cofounder, co-CEO and chairman — at odds with some prevalent societal movements.

When Salesforce talks about equality, it’s not just about gender equality, though the company has gone to great lengths to support it. Salesforce’s commitment
encompasses equal rights, pay, education and opportunity.

Twice in the last five years, the company audited itself to identify and rectify unexplained pay disparity for equal work across gender lines, for example. Twice it has spent in the neighborhood of $3 million to rectify the pay inequalities it discovered.

On the occasion of the second adjustment, the company made the point that pay inequality is insidious and requires constant vigilance.

“The need for another adjustment underscores the nature of pay equity — it is a moving target, especially for growing companies in competitive industries,” noted Cindy Robbins, EVP, global employee success wrote. “It must be consistently monitored and addressed. Salesforce will continue to focus on equality, diversity and inclusion at all levels, and we plan to review employee compensation on an ongoing basis.”

The company and its CEO have stood out in other areas of equal rights as well. In 2016, then-Governor Mike Pence signed a law that could allow discrimination against LGBTQ people in Indiana . Salesforce has a big investment in the state, due to its 2013 acquisition of ExactTarget for $2.5 billion, and at the time it employed between 2,000 and 3,000 people there.

Upon enactment of the contentious “Religious Freedom Restoration Act,” Salesforce moved its Connections marketing summit out of Indianapolis, taking millions in local revenues with it. Connections 2019 will convene in Chicago in a few weeks.

Of his decision Benioff said, “We can’t bring our customers or our employees into a situation where they might be discriminated against. We have a large number of employees and customers who would be impacted dramatically by this legislation.  I’m really just advocating on their behalf.”

The just-completed TrailheaDX conference shows a less confrontational but more-than-effective approach to rectifying biases while expanding the number of Salesforce users capable of using the platform. From systems administrators to system architects, Trailhead is bringing along the next generation of people who will advance cloud computing.

Through Trailhead Salesforce hopes to open up software development to a more diverse audience.

The number of women in the software world has remained stubbornly low over decades, according to a recent
article in The New York Times.

However, changes in society and new generations of technologies and potential coders might be changing that.

What’s exciting about Trailhead is that it doesn’t seek to advantage any group competing for jobs in the Salesforce ecosystem. It simply provides training and certification so that anyone can prove competency and compete for employment.

This includes not only people from historically disadvantaged groups, but also often-overlooked people in need of a career change, or some who might not have college degrees, which can be a roadblock for bright people who, for whatever reasons, don’t have them.

Trailhead’s self-paced curriculum and certification, plus a gamified environment that awards badges and points to students, are ideal for many people who have a day job, whether it’s managing a Salesforce instance or something else. That could be just about anyone.

Interestingly, many women and others who may have felt they were outside the technology mainstream have found that through Trailhead they can learn, build skills and take on projects. Project work could be at one’s place of employment or at a nonprofit that has a free license to the software but needs volunteer help building apps.

The degree of support and its influence on women in technology was on display at the recent TrailheaDX conference. There are several independent organizations in the ecosystem that help women to climb the ranks on the platform to become Certified Technical Architects and several flavors of certification below that pinnacle that also include Certified Application Architect and Certified System Architect along with many other specializations.

Within this structure women have been doing well, thanks to women-organized groups that offer assistance to learners trying to solve thorny issues in their Salesforce education paths. One organization RAD Women Rock (Radical Apex Developers), started in 2015 and supports women working their way through learning programming on the Lightning platform.

Experts from the ecosystem volunteer as mentors and provide the encouragement and assistance many need at critical junctures in the learning journey. In this way people outside the mainstream are able to enter it

The point is that Salesforce has developed a learning package that has become a central part of its outreach. It helps people of all descriptions and backgrounds to increase and improve their skills, and those skills are easily documented and in high demand in the industry.

This initiative grew out of a basic belief in human nature and a desire by the company to improve opportunities for its employees and its customers.

In an age that sees much of the world as a zero-sum competition in which one wins while another loses, Salesforce has demonstrated through Trailhead and its business practices that it is possible to increase opportunity for all without diminishing the prospects for any individual or group.

Women and minorities of all types are underrepresented in application development and in many other phases of the technology market. Often these people are excluded from the highest-paying jobs and the lifestyle that such pay makes possible.

Salesforce’s efforts are a shrewd attempt to find hidden talent pools and put them to work in an ecosystem that simultaneously does societal good. The result is an expanding market for Salesforce products and services at a time when competition for talent is high and turnover is unpredictable.