Uber Eats, Grubhub and the “silver lining” to the COVID-19 crisis as the consumer shift to digital food delivery platforms accelerates 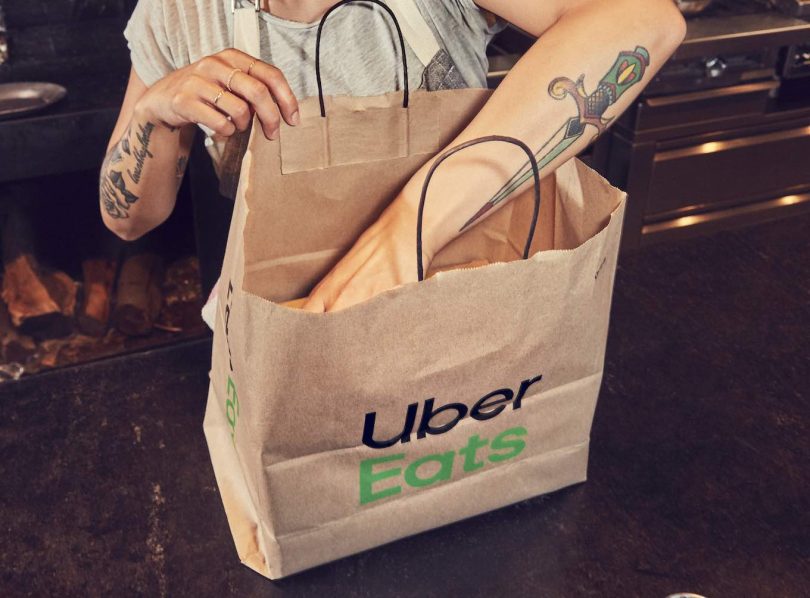 Summary:
Uber Eats has had a good COVID-19 crisis to date, but will a rumored takeover of rival Grubhub be one step too far?

Uber is reportedly in talks to buy Grubhub, a move which if successful would bring together two of the biggest food delivery digital aggregation platforms and shake up an increasingly competitive market space that also includes DoorDash, JustEat, Deliveroo and Amazon among others.

Grubhub’s share price got a healthy boost yesterday as the rumors of a potential deal circulated. Neither company has confirmed talks are underway, but it’s believed the main sticking point is – inevitably – price. Uber is making the advances towards Grubhub and the latter is looking for more on the table than appears to be on offer so far.

Takeover rumors have been attached to Grubhub before with the firm previously having to issue a denial. And even if the two firms come to an agreement, the transaction may well attract unwelcome regulatory attention – a combined entity would own just over half of the current US takeaway delivery market and considerably more in places such as New York City, where Grubhub already has over 75% of local restaurants on its platform.

In a sign of what might be to come, one US Congressman, David Cicilline, who chairs the House Anti-trust Committee, has already railed at what he says would be “a new low in pandemic profiteering” from Uber as “a notoriously predatory company” to take over a rival with “a history of exploiting local restaurants through deceptive tactics and extortionate fees”.

The timing of the latest rumor is interesting. Given lockdown has resulted in the shuttering of restaurants around the globe and the shift to takeaway only in many cases, it’s generally assumed that the new breed of digital delivery aggregator platforms are having a good crisis as housebound families send out for takeaway rather than queue up at the grocery store – hence, Cicilline’s colorful accusation.

Actually in recent weeks, Deliveroo has announced the laying off of 15% of its global headcount, arguing that the end of the current shutdown will be followed by an economic downturn, which will hit disposable income and hence orders. The state of health of the firm can be judged by the fact that the UK’s Competition and Markets Authority last month green-lit Amazon taking a stake in the company on the basis that it might go out of business without the lifeline, not a good look when the UK government is urging people to feed themselves with delivered takeaways!

So it’s not automatically all good news for digital delivery providers – and that includes Grubhub, as we’ll see later. That said, Uber Eats has been doing rather well for itself with the food delivery side  of the wider Uber business making up for a decline in the Rides operation. Uber CEO Dara Khosrowshahi says:

There is a silver lining to this unbelievably tragic COVID virus, which is the business that we have of Eats and the category in general, just looks like it is going to be substantially increased and somewhat say by multiples. At a time when our Rides business is down significantly due to shelter-in-place, our Eats business is surging. We’ve seen an enormous acceleration in demand since mid-March, with 89% year-over-year gross bookings growth in April, excluding India.

As of the start of this month, Eats had crossed the $25 billion gross bookings annual run rate. At the same time, there’s been a big increase in restaurant brand signing up to Uber’s digital delivery platform, including some “fine dining establishments’ that might otherwise have kept the firm at arms length. Needs must when the lights are out in the dining salons of the well-to-do. perhaps, although Khosrowshahi detects long term  “behavioral shifts” at play here and argues:

We believe these trends are here to stay and will result in an expansion of the entire category.

That remains to be seen, but there’s no doubt that for now the crisis has accelerated the reach of the Uber Eats platform among restaurant brands:

We’ve signed up Chipotle, we signed up Shake Shack, we’ve got Dunkin on our platform as well. So, there are big brands that are coming onto our platform. That creates more demand. And the more choice we have, the more restaurants we have available per search, we see conversion going up. So, I think on the on the restaurant supply front, we are making progress.

But that’s just creating an appetite for more, he adds:

We are not satisfied. We think that there’s significant progress to be made…if I were to characterize our Eats business, we’re not fully optimized on supply. We’re still signing up a ton of restaurants. These restaurants need us and we want to make sure we’re there for them, and right now the trends in terms of supply look very, very good.

While the big brands are great to have on board, he’s quick to emphasise that Uber Eats isn’t forgetting its independent ‘mom and pop’ food outlets that have been a bread-and-butter for the platform:

I do think that the big brands and the national brands or the global brands are really important elements of our marketplace, [but] I would make sure folks know that our small and medium restaurants still account for the vast majority of our volume and are going to continue to be a big part of our volume going forward. The big brands are kind of great customer acquisition vehicles. They’re terrific food quality. They’re safe. They bring a lot of folks in. But small and medium businesses and restaurants continue to be a significant part of our business and our growth going forward.

Another COVID-19 development has been to put fresh emphasis on Uber Eats plans to grow a footprint in the online grocery delivery space, an area of the retail market that has seen surging activity in recent months. Khosrowshahi explains:

We’ve accelerated our plans, launching partnerships with supermarket chains and convenience stores around the world, allowing them to sell a limited menu of everyday essentials via a restaurant platform. From early March levels, grocery and convenience gross bookings increased 117% over the same period, while active storefronts increased 34%, including Carrefour, one of Europe’s largest supermarket chains.

The company is now eyeing up the close of its acquisition of Cornershop, a huge grocery delivery platform in Latin America, which will become an integrated part of the Uber Eats app. This will bolster the online grocery offering, says Khosrowshahi:

We know the grocery segment. We’ve got a great team from Cornershop who’s working on grocery, and essentially, we’re going to bring Cornershop [over] when that deal closes, and hopefully give the Cornershop audience the significant kind of exposure that our Rides app and our Eats app brings on a global basis.

As well as increasing the grocery delivery business, there are other growth plans for the post-COVID-19 period, he adds:

The new opportunities aren’t a stretch. The big opportunity that we thought Eats was just got bigger…I think in the Eats category, in the food category, you were seeing a bunch of consolidation. There’s a bunch of consolidation happening on a global basis, where bigger players can not only provide better service for restaurants and consumers, but can provide a better service kind of on an economic basis that that is sustainable.

I do think there’s a question…This food delivery grocery category just got a lot bigger. There’s a ton of new customers coming to this category. What we’re seeing with the category is that the biggest challenge is new customer acquisition…it’s very difficult to predict what’s happening in these markets. It certainly does seem to be sustainable over this period.

Did the category just get much bigger? Yes. Did millions of millions of new customers essentially try out the category? Yes. Are we in a superior position to be one of those services that they try and then continue to engage with? Yes. I think we’re in a great position, but it’d be foolish to try to predict particulars in terms of growth rates. We are optimistic as it relates to Eats.

And if a deal to acquire additional marketshare by ordering up Grubhub on a platter, so much the better…

As noted above, it’s been a good crisis for Uber Eats – so far. The only issue the firm has run into is one that impacts on other delivery platform provider as well, that of complaints from restaurants about commission charges. In the case of Uber Eats, there’s a variable commission fee that is capped at 30%. For its part, the firm has temporarily removed onboarding fees for new restaurants and waived certain additional delivery fees. This has left it avoiding the more vociferous complaints from its restaurant clients…so far.

To see how bad those sorts of complaints can get, look no further than GrubHub…