Home / Retail Omni-Channel / Uber's framing of gig economy regulation in terms of personal freedom – an electorally-expedient spin that talks to the wallet?

Uber's framing of gig economy regulation in terms of personal freedom – an electorally-expedient spin that talks to the wallet? 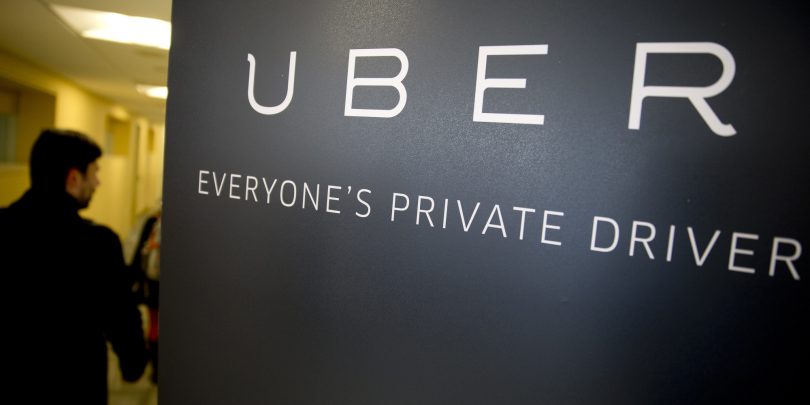 Uber’s framing of gig economy regulation in terms of personal freedom – an electorally-expedient spin that talks to the wallet?
Stuart Lauchlan
Thu, 02/13/2020 – 03:28

Summary:
Uber didn’t manage to get its desired temporary halt to AB5 in California, but the workarounds are taking shape while the wider battle goes on. 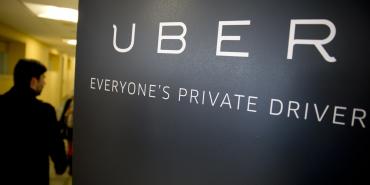 A bid by Uber and other leading gig economy providers to put a temporaryÂ stop to Californiaâ€™s efforts to place restrictions on who can be classified as a contractor has been rejected, leaving firms seeking workarounds.

US District Judge Dolly Gee in Los Angeles rejected a request – filed by Uber and Postmates – for a preliminary injunction to exempt firms from Assembly Bill 5 (AB5). The companies argue that the requirements of the bill to reclassify drivers as employees would add up to 40% to their operating costs, a rise that they complain is unfair and unconstitutional.

Judge Gee isnâ€™t sold on that argument. While acknowledging that there would be a negative impact on gig economy firms, there is a wider societal interest in securing a living wage and regulating employment terms and conditions. In her 24 page decision, the judge does not rule on the merits of the wider case, so the lawsuit can proceed, but the temporary relief has been rejected.

Uber, Lyft and DoorDash have pooledÂ $90 million for a political initiative to overturn AB5 at the next state election in November. But thatâ€™s a way off and the restrictions the bill imposes have been in place since 1 January, leaving gig economy firms seeking ways to get around the legislation.

For example, Uber has started testing a new feature on its app across a number of California cities which allows drivers to determine and set their own payment rates. This will then allow Uber to make a case that because drivers are essentially setting their own wages, they are clearly independent freelance contractors.

Itâ€™s not quite that simple though. In practice, Uber will set a base fare to ensure it gets its money. What has changed is that drivers can then increase that fare in 10% increments with a maximum charge of 5x the base fare. The best fare is then matched to riders. So while Uber says this will â€œenhance drivers controlâ€� over their income, essentially drivers will be bidding against one another.

In further efforts to demonstrate driver independence,Â  Uber will also provide them with more trip information up front,Â including travel time, distance, destination and estimated fare, and allow drivers to reject ride requests without penalty.

CEO Dara Khosrowshahi admits itâ€™s a work-in-progress and thereâ€™s no certainty that the changes, which are being trialed in handful of airport cities, will work or what the impact will be on Uberâ€™s business longer term:

Itâ€™s too soon to tell at this point. The drivers are reacting quite well to the increase in information that they are receiving. On average the service levels as it relates to riders has gone a little worse as far as a predictability of getting a ride. Thatâ€™s something that weâ€™re working through pretty carefully. Prices in California are up more than, letâ€™s say the rest of the country as a result of the combination of these factors. So some of these changes are resulting in higher prices to the end customer, but itâ€™s very early and thereâ€™s a lot of work to do going forward.

CFO Nelson Chai is quick to emphasize the ‘early days’ message, but adds:Â

Driver feedback has been positive in terms of the information, the empowerment that I think our driver partners feel. I think that [in terms of] the service itself, prices have increased more than they have nationally. So I think from a rider standpoint, the service on balance has gotten more expensive. But itâ€™s very, very early.

And I would comment, too, that AB5 in general for a number of contractors has created a huge amount of uncertainty. We rolled out these changes to be very clear about our position as a platform and to make sure that our drivers have the freedom to choose when and if they want to work. Weâ€™re going to be working through. We want this to be a win-win for our drivers and for the riders on our platform. And weâ€™re going to be iterating to get there. Short term, itâ€™s been, Iâ€™d say, net negative for riders, and itâ€™s possibly a net positive for drivers. Hopefully, we can get to a win-win situation.

Whether other gig economy firms take similar preventative measures remains to be seen. Uber rival Lyft is keeping its powder dry for the time being, with co-founder and President John Zimmer saying that the firm is watching what happens at its competitor:

We obviously look at the impacts and are always evaluating but we have no additional product features to report at this time. We’re confident in our position in the market and how the marketplace is performing overall for drivers and riders we feel good about.

What Lyft has committed to is an investment of approximately $75 million year-over-year to fund and support â€œkey 2020 policy initiatives across the United States including the important work we are doing in California to help protect app-based drivers and servicesâ€� and â€œhelp protect the flexibility that our drivers value todayâ€�.

Of course California is not the only pain point for Uber when it comes to regulation. The ban on the company operating in London imposed last year by Transport for London (TFL) is another battle to be fought.Â Khosrowshahi is clear here:

In London, as far as regulatory goes, weâ€™re going to have our day in court. We respectfully disagree with TFLâ€™s conclusions. Iâ€™ll remind you that two years ago, in court, we won the right to operate in London. And I think that our safety levels, our service levels are across the board, significantly, significantly improved versus where they were two years ago. The team is very focused on executing on safety around the world. The London team especially is focused on it. So we expect that our day in court will be positive, but we know that weâ€™ve got to make the case. In the meantime, we operate in London as we have, as always, and where we continue to optimize our business and itâ€™s like any other day in London as far as our operations go.

Underpinning such talk – at home and abroad – Â is a fundamental thesis that the platform-enabled disruption caused by firms like Uber is unstoppable and a resulting inference that regulators better be on the right side of history here as society will demand it.Â  Khosrowshahi pitches it thus:

The most important factor that I point to is that weâ€™re moving from a society that was dependent on transportation based on owned assets to a society that is going to depend on transportation-as-a-service based on shared assets. So thereâ€™s a very, very consistent tailwind that we have in the US and across the world and that tailwind is going to serve us well and continues to serve as well going forward.

In other words, this is a battle for freedom with Uber casting itself in the role of Peopleâ€™s Champion against Big Government meddling.

Thatâ€™s an expedient framing in a US election year. Itâ€™s clearly in Uberâ€™s interests to pitch a party line that itâ€™s down to the regulators that fares have increased for customers. If that message can be amplified enough in the run-up to Novemberâ€™s ballots and people vote with their wallets, then perhaps AB5 can be sunk.

Thereâ€™s certainly some merit in the argument made by critics that AB5 is badly-drafted piece of legislation with unintended consequences. While attention has focused on the impact on the likes of Uber and Lyft, there is, for example, a cap on freelance journalists producing more than 35 written content submissions per year.

Thatâ€™s resulted in San Diego Assemblywoman Lorena Gonzalez, who was the primary drafter of the current legislation, having to promise exemptions for certain business categories in the form of a new piece of legislation, AB1850:

Based on dozens of meetings with freelance journalists & photographers, we have submitted language to legislative counsel that we hope to have available next week to put into AB1850 which will cut out the 35 submission cap & instead more clearly define freelancer journalism.

And there will be more announcements of changes to come in the next few weeks, she adds.

But such an admission of the need to rewrite legislation thatâ€™s only a few weeks old will only add weight to the arguments put forward by hostile gig economy firms that this is bad law. For her part, Gonzalez obviously rejects such criticism, insisting that these are just tweaks:

I do believe in AB5 and will fight any attempts to repeal it. I will fight Uberâ€™s attempt to exempt themselves through initiative.