US e-commerce firms eye up China and India as hugely lucrative, but increasingly challenging 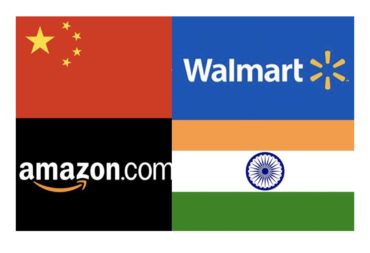 Summary:
Walmart and Amazon have big ambitions for India and China, but their welcome there isn’t guaranteed by any means… 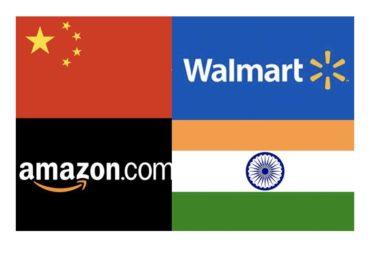 For e-commerce retailers there are two markets that represent glittering prizes to be cracked – China and India.

Thatâ€™s why the likes of Amazon and Walmart have put so much effort into establishing and growing a presence in those regions – and itâ€™s also why both nations arenâ€™t making life particularly easy for US incursion.

Take China as an example. Already the worldâ€™s largest e-commerce market, itâ€™s forecast to top $1.8 trillion in size by 2022, if Forrester analysis is to be believed, more than twice the predicted size of the US domestic market for the same period. And itâ€™s local firms, notably Alibaba and JD.com, that will dominate the lionâ€™s share of that, already holding 85% of the market between them.

That makes life difficult for outsiders. As an indication of this, Amazon is about to sound a rare retreat by shuttering its domestic China e-commerce business. The firm currently operates amazon.cn, but has a paltry 0.8% market share. It does also have a presence on Alibabaâ€™s Tmall, such as Kindle and Amazon Prime stores. These look set to continue, albeit without the on demand video service on Prime, so this is not a full-scale withdrawal by Amazon.

After amazon.cn closes to third-party sellers in mid-July, Chinese consumers will still be able to shop on International iterations of Amazon, including Amazon US, although purchases made via these will bring their own fulfilment complications and costs. But Chinese firms will no longer be able to sell to Chinese customers via a local platform.

In a statement, Amazon says:

Over the past few years, we have been evolving our China online retail business to increasingly emphasize cross-border sales, and in return weâ€™ve seen very strong response from Chinese customers. Their demand for high-quality, authentic goods from around the world continues to grow rapidly, and given our global presence, Amazon is well-positioned to serve them.

Amazonâ€™s commitment to China remains strong. We will continue to invest and grow in China across Amazon Global Store, Global Selling, AWS, Kindle devices and content.

In a further twist, scuttlebutt is growing that Amazon might merge its China interests with NetEaseâ€™s kaola.com e-commerce platform. That would probably result in Amazon losing its branding and essentially riding on the coat-tails of a domestic partner.

Meanwhile in India, Walmart CEO Doug McMillonâ€™s been on a glad-handing visit to re-affirm the US retail giantâ€™s commitment to the market, despite the efforts of legislators to introduce an increasingly anti-outsider e-commerce regulatory regime in place to protect a sector that looks set to be worth $150 billion a year by 2022, according to Nasscom, Indiaâ€™s IT trade association.

Thereâ€™s a lot at stake. Only around 3% of retail is online at present, so thereâ€™s plenty of growth opportunity. Thatâ€™s certainly recognised by Walmart which raised eyebrows last year when it paid out a massive $16 billion to take a controlling stake in Indian e-commerce firm Flipkart. It was pitched as being a critical investment, as Head of International Operations Judith McKenna explained:

Todayâ€™s population in India is 1.3 billion people. They have a median age of just 28. Thereâ€™s a developing middle class and GDP growth. And the Indian economy is projected to be the third largest in the world by 2030. This is a market that I can promise you is generation-skipping. There are more than 300 million smartphone users in India today. And while e-commerce is only about 2% of retail sales today, itâ€™s growing at four times the rate of total retail. To give some context for that, China was at 2% in 2009 and today itâ€™s at 25%. So, we have no doubt that e-commerce in India is the right place to be.

The problem is that the Indian authorities do appear to have some doubt that India is the right place for Walmart to be, especially if it comes at the cost of stifling local business interests. Amazon has also been muscling in on India, while India’s richest man Mukesh Ambani has recently announced his own plans to launch his own e-commerce platform, the extension of his Reliance brand. Heâ€™s already begun removing Reliance brand products from being sold via Flipkart and Amazon.

Ambaniâ€™s ambitions – the firm reckons it can account for a quarter of Indiaâ€™s online and offline retail sales by 2028 – may well benefit from government moves to protect the domestic market. In February, the rules governing foreign investment in e-commerce firms were tightened, barring the likes of Flipkart from selling products from companies in which they have a stake and banning exclusive merchandising deals.

With a further e-commerce bill still being debated, more regulation is set to come and again itâ€™s likely to be highly protectionist in nature. McMillon cited this when addressing a town hall meeting of Flipkart staffers, emphasising that Walmart need to see a level playing field in the market. He added that this is also essential if India wants to encourage investment and growth.

But the main purpose of his passage to India was behind-the-scenes morale-boosting, affirming to Flipkart employees that Walmart was in it for the long haul. A statement confirmed:

He is delighted with the progress the team is making to take e-commerce to next 200-300 millionÂ customers in India, and bring a great selection through right affordability construct to consumers in the country.

McMillon is also believed to have emphasised that Walmartâ€™s investment owed as much to the technology that Flipkart has developed as to the size of the India opportunity. Tech such as digital payment app PhonePe would be rolled out across Walmart internationally.

The situation for Amazon in China will bring a wry smile to the corporate faces of many US retailers – the behemoth can be stopped in its tracks! Itâ€™s probably not so good news for Walmart as withdrawal from China will only focus attention – and resources – onto India and make the battle front there all the more challenging. As we observed, 2019 is the year in which life gets more complicated for US e-commerce retail firms on a global scale – and thatâ€™s before we start to factor in any more MAGA trade wars.