Home / E-Commerce, Industry News / US Makes $57B Available to Small and Disadvantaged IT Providers | Government

US Makes $57B Available to Small and Disadvantaged IT Providers | Government 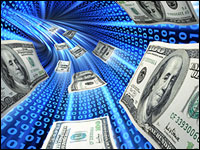 United States government agencies will remain active in the information technology market, despite the impact of COVID-19 on agency operations. In fact, there is some evidence that the occurrence of the virus has spurred agencies to improve IT resources.

For example, the General Services Administration (GSA) in early July launched a new contracting vehicle offering a potential US$50 billion in federal acquisition of IT products and services. IT providers will have until Aug. 5, 2020 to apply for participation in the program.

In addition, GSA extended an existing IT procurement program and added $7 billion to the program’s potential contract coverage. Both programs are directed to small and disadvantaged IT providers with a Small Business Administration status known as “8-A” companies.

“While the COVID-19 pandemic continues to present new challenges and obstacles to many of GSA’s partners in the small business community, we are doing all we can to help keep this important part of the federal IT ecosystem vibrant and successful,” said Laura Stanton, GSA’s acting assistant commissioner of the Office of IT Category, in a recent blog posting.

“As we all navigate new realities and requirements, GSA is working to ensure small businesses have the opportunities to thrive,” she said.

Under the GWAC concept, vendors register as qualified information technology providers for the relevant contract vehicle. To quality, companies must go through a rigorous evaluation process which includes meeting standards for technical competency and demonstrating that a vendor is “responsible and responsive.”

Additionally, the company must be able to show why its pricing should be considered fair and reasonable, according to Larry Allen, managing director of the federal market access practice at BDO-USA, which provides contract advisory services.

The one-time vendor qualification process makes contracting more efficient for both agencies and IT providers. Once qualified, vendors become eligible to compete for separate specific “task order” projects from multiple federal agencies, with awards made on the basis of project requirements.

However, vendors who qualify for a GWAC program are not guaranteed any real business. “What they’ve really won is the right to compete for business that federal agencies wish to place,” Allen told the E-Commerce Times.

Vendors Look to the STARS for Business

The total of $57 billion in potential GWAC contracts will be administered through two procurement vehicles designated as Streamlined Technology Application Resource for Services (STARS) programs. GSA sets funding “ceilings” for each program indicating the total value of eligible contracts. Actual funding for a specific task order is provided by the federal agency using the contract vehicle.

Here is how the additional contract opportunities will work:

GSA STARS II Contract: Since the beginning of this program in 2011, GSA has made $15 billion worth of contracts eligible for participation. More than 50 federal agencies have used the vehicle. In late June the agency once again raised the ceiling for the program by $7 billion worth of eligible contracting while extending the duration of the program.

As a result of the extension, new STARS II task order contracts may be awarded through Aug. 30, 2021. Work may continue through June 30, 2022. The type of IT work generally is limited to custom programming, system design, facilities management, and other computer related services.

GSA STARS III Contract: When this new, $50 billion program opens later this year, it will be operated in similar fashion to STARS II. But in addition to a significant boost in the funding level, the scope of work will be broadened. The program will support “customized IT services-based solutions which can be tailored to meet an agency’s unique mission needs,” GSA said.

Project scope will include “new and emerging technologies which may evolve over the life of the contract,” such as artificial intelligence, robotic process automation and virtual reality.

A significant element is that the program will be open to a wide swath of potential vendors. Current vendors for STARS II will need to re-qualify for STARS III. “STARS III will offer updated technology solutions, like a greater range of cloud-based offerings, cybersecurity solutions, and newer commercial IT products. It may also feature new contractors,” Allen noted.

GSA went through an internal business case process to determine whether the creation of STARS III was justified. The business case was approved, and on July 6, 2020 GSA issued a request for proposals (RFP) for IT vendors to submit their qualifications.

The good news for vendors related to the STARS programs is somewhat offset by GSA’s recent decision to terminate another GWAC program. After reviewing the “Alliant 2 Small Business” vehicle, which also covered IT procurements, GSA closed the program.

According to industry sources, the administration of the program led to a significant number of challenges, or “protests” of contract awards. GSA’s explanation for the cancellation was that since the program was launched in 2018, “the federal government’s requirements have evolved.”

The Alliant small business program and both STARS programs “address different types of small businesses, and are different programs,” said Allen Hill, GSA’s acting deputy assistant commissioner, in the Office of IT Category at GSA.

“Each GWAC is a separate entity and program. While the Alliant-2 GWAC had a $15 billion ceiling, no funds were obligated on the program. GSA is working on a new approach for small business GWACs to strengthen, innovate, and better respond to changing technology needs and security threats,” Hill told the E-Commerce Times.

“I think GSA did make the right decision. While there are few public details around the protests, they dragged on for considerably more time than most. The costs and time invested were considerable. This had the net effect of making the pricing and solutions offered under the original RFP stale and obsolete. GSA would have had to scrap everything and start over anyway,” said BDO’s Allen.

The recent changes GSA has made are part of a major effort to revise and upgrade the agency’s information technology contract process for small and disadvantaged providers.

“GSA is committed to finding ways for our GWACs to reflect the current IT marketplace so that we can maximize the opportunities,” for such companies, said GSA’s Stanton. One goal is to create opportunities in such areas as cybersecurity, emerging technology, and IT supply chain risk management.

As salutary as these proposed changes might be, GSA still has more work to do according to Roger Waldron, president of the Coalition for Government Procurement. GSA needs to be more specific on why it cancelled Alliant-2 for small business contract, and to “publicly and proactively” engage with the small business community on the content and timing of the agency’s future plans, he said.

The current uncertainty about GSA’s contract portfolio is “already roiling the market,” Waldron said in a recent blog posting. The Coalition offered to work with the agency to address continuing contracting issues.