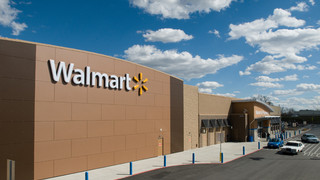 Summary:
As Walmart looks ahead to a $1 billion loss on its e-commerce operations, change is in the air. 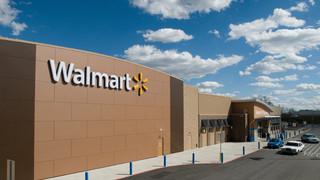 Itâ€™s customary for Walmartâ€™s top brass to hype up the benefits of its 2016 $3.3 billion acquisition of e-commerce firm Jet as a strategic move that accelerated its digital and online capabilities. That makes the scuttlebutt thatâ€™s emerging of tensions between senior management centered on Jet and the wider e-commerce strategy all the more interesting.

Itâ€™s being reported – first by Vox – that Walmartâ€™s looking at a $1 billion loss on its e-commerce business and the pressure is on Marc Lore, former CEO of Jet and now Walmartâ€™s e-commerce head, to take some drastic action to get the online house in order. That appears to include selling off threeÂ of the digital fashion brands that Walmart has acquired in recent years under Loreâ€™s leadership – BonobosÂ (bought for $310 million), Eloquii ($100 million) and Modcloth (around $50 million).

There are also rumorsÂ of growing tensions between Lore and Greg Foran, the CEO of Walmart US and the head of the bricks and mortar side of the firmâ€™s omni-channel strategy.

There has certainly been a shift in the strategy around Jet. Back in 2018, Lore pitched the site as complementary to the rest of Walmart:

We also at the same time just recently launched new Jet.com website, and we really wanted to position Jet.com and push it more upmarket and really focus on the higher income, urban millennials. It’s much more curated. It’s got that sort of themed homepage. Weâ€™re going to be rolling out themed home pages for each of the major cities. We’re definitely attracting much more premium brands on the site. We’ve got Nike, we’ve got an Apple Mac store, So we’re definitely targeting a very different customer with Jet than we are with Walmart.com.

I think both brands are very complementary. Theyâ€™re both leveraging the same back-end infrastructure and logistics, so we’re getting a lot of synergies there, but on the front-end, they’re targeting very different customers. The Jet.com relationships we’re building with brands we believe will be beneficial and helping to bring those brands on to Walmart.com in the future.

Last month, Lore published an update on the â€œour US e-commerce strategy and the role of Jetâ€�, which two weeks later begs for some reading between the lines. In his posting, Lore said:

Last year, we repositioned the Jet site itself. Across most of the country, we saw we could get a much higher return on our marketing investments with Walmart.com, so weâ€™ve dialled up our marketing spend there. However, in specific large cities where Walmart has few or no stores, Jet has become hyper focused on those urban customers. It added iconic local brands in New York and brought in products from brands like Apple and Nike that you havenâ€™t seen on Walmart.com. While this has made Jet smaller from a sales perspective, it has helped us create a smart portfolio approach where our businesses complement each other.

He went on to announce leadership changes within the Jet business:

Bringing together talent from Jet and Walmart into joint teams has created more opportunity for our business and our people. Weâ€™re now merging the rest of our Jet teams, including Retail, Marketing, Technology, Analytics, Product and several others within Walmart. With the teams creating synergy and Jet becoming even more focused, we donâ€™t have the same need for a dedicated leader, so Jet president, Simon Belsham will be supporting the Jet transition through early August. Simon has been critical in repositioning Jet to reach urban customers. His steadfast leadership, deep knowledge of the retail industry and passion for our associates and customers had a positive impact on our organization. I canâ€™t thank him enough for all he has done and appreciate his leadership and contributions.

Moving forward the strategy and management of Jet will sit under Kieran Shanahan, who will continue to oversee the Food, Consumables and Health and Wellness Categories for Walmart eCommerce. Kieran began his Walmart career with Asda, eventually leading all of its e-commerce operations. He joined Walmart eCommerce in 2014 and led the build out of the US Online Grocery service before transitioning to merchandising roles within Walmart US His experience and the relationships he brings from multiple areas of the business will be critical for the further integrated role Jet will play within our portfolio. This natural progression of integrating an acquisition, allows us to fully leverage Walmartâ€™s assets for Jet and leverage Jetâ€™s talent for Walmart.

And he added on what might be read as a somewhat defensive note:

Jet continues to be a very valuable brand to us, and it is playing a specific role in helping Walmart reach urban customers. The focus has largely been on NY so far, and weâ€™re looking at other cities where we might bring together Jetâ€™s expertise and the scale and operating model of Walmart. More to come on that. Weâ€™re proud of the work our associates have done. Our teams are continuing to innovate, and weâ€™ll be bringing more incredible experiences to customers and associates. I canâ€™t wait to share more of those this year.

Rumours of death can be greatly exaggerated. This is not the first time that theyâ€™ve centered on Lore. Back in 2018 he was forced to state publicly that he had no plans to quit. That said, thereâ€™s clearly some rebalancing needed behind the scenes.

Back in May, Walmart CEO Doug McMillion pointed to US e-commerce year-on-year growth of 37%, adding:

In e-commerce, weâ€™re pleased with the top-line growth weâ€™re seeing and the progress weâ€™re making to improve contribution profit.

But where that growth is coming from is whatâ€™s critical – and itâ€™s not coming from digital fashion brands.

The online grocery industry in the US still lags behind that in Europe, but itâ€™s long been identified as a key growth engine for Walmart, with the by now overly familiar boast of 90% of Americans living within 10 miles of a Walmart physical store making the logistics of click-and-collect and NextDay delivery viable.

Thatâ€™s certainly true, but thereâ€™s a big but. Walmart needs more warehouses to fulfil online orders. Itâ€™s currently got 20; Amazonâ€™s got 110. It would be entirely understandable then that Walmartâ€™s management – and particularly Foran – wants to see money going into expanding the logistics capablities of the firm rather than buying more digital retail brands, particularly ones that are still unprofitable.

So far, Walmartâ€™s declined to comment on the speculation. Its next quarterly results announcement is due 15 August when clearly the issue will have to be addressed. That said, Iâ€™d be very surprised if the firm is able to hold out until then without making some form of holding statement to calm investor nerves.