What Happens to Sprint if T-Mobile Merger Fails? | Deals 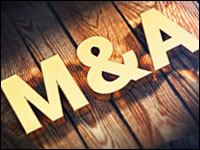 Sprint’s best shot at success is to merge with T-Mobile. Without the merger, I see the company continuing to struggle as a weak player in the competitive wireless battle. Then again, this is nothing new. Sprint has been limping along for decades, for many different reasons. If this merger fails, will Sprint carry on as before?

As a wireless analyst, I have been following Sprint for many years. I’ve attended its analyst meetings and listened to its changing plans. It always put a bright spin on things, but the company has been struggling through it all. However, it has managed to stay in business. Will that change without a merger?

Sprint struggled as a third-place competitor in long distance against AT&T and MCI in the 1990s. It switched to wireless and struggled in third-place behind AT&T Mobility and Verizon Wireless. Then it fell to fourth place behind T-Mobile, which is where it is now.

Sprint struggled when they acquired Nextel a decade ago, which was a shrinking violet rife with problems.

Through it all, Sprint has remained a competitor. I think that could continue with or without a T-Mobile merger. Sure, it would be better for Sprint for the merger to be approved. However, even without it, Sprint could continue to limp along, like it has for so long.

That’s just one possible outcome, though, and it might be the best-case scenario.

Things are different today. Sprint was in stronger shape several years ago under CEO Dan Hesse, who took over when the company was crashing and burning. Over a few years he pulled the company away from the brink. In fact, it started showing growth when, suddenly and surprisingly, Softbank acquired it.

That’s when Softbank CEO Masayoshi Son replaced Hesse with Marcelo Claure, who tried several new ideas to build out the company. Things looked relatively good for a while — Sprint won some new market share. However, the cost was too high to maintain. Sprint’s growth was temporary, and it once again stalled.

Over the last few years Sprint has slipped into sorry shape once again. At this point, it seems clear that the Softbank acquisition was a mistake. I believe the company would have continued its slow but steady growth under Hesse. However, that’s water under the bridge.

The reality is that Sprint is in trouble. That is bad, but the company has been in similar trouble many times over the last several decades and still managed to compete.

The question now is what will the company do to accelerate growth as the industry moves toward 5G? Will it find the right direction for growth? I see nothing along those lines yet.

5G would require a significant investment — something I don’t think Sprint is capable of at this point in time. Its parent, Softbank, is another story, though. It has the money to invest — why doesn’t it?

What Are Sprint’s Growth Plans?

On one hand, the future should look brighter than ever for Sprint. After all, its new owner has deep pockets and the ability to upgrade the network. That’s the part that made sense when news of its acquisition plans surfaced.

Not investing in Sprint makes no sense. If Softbank doesn’t plan to invest to bring Sprint up to speed, then it should not have acquired it in the first place.

Without taking the necessary steps to keep Sprint competitive, Softbank will kill its own investment. Building out the company was the price Softbank knew it had to pay with the original acquisition.

At this point, if Sprint fails, I would say the reason would be Softbank’s acquisition and its subsequent failure to invest in the company to keep it competitive. This has been the Sprint story all along. It’s worse now with the industry-wide move to 5G.

If Softbank was not prepared to invest heavily, then it shouldn’t have acquired Sprint, which was on the road to recovery under Hesse. If Sprint should fail, I would look directly to Softbank and its lack of continuing investment as the reason.