Home / E-Commerce, Industry News / What Matters Most in the Race to 5G Wireless | Carriers

What Matters Most in the Race to 5G Wireless | Carriers 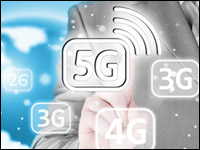 With 5G knocking on our door, a growing number of wireless competitors have been getting on their high-horses and trying to knock down the current leaders. All I have to say is, cut it out! No customer or investor is interested in all this meaningless industry-wide jibber-jabber. If you keep this up, you may pay a price when you do begin to offer 5G.

Does it really matter which carrier or which smartphone maker is first to 5G? Sure, there is the honor of being first. Sure, you are No. 1 in the record books. Sure, there is cachet to that.

Even though only one company can be first, many others will be in the marketplace, competing for years to come. I think if other carriers don’t stop their carrying-on, they will cause damage to their own brands in the long run.

At this point, every carrier should focus on building its 5G network and bringing real benefits to its users. Progress, not complaining, will excite investors and customers.

The Fastest Wireless Network in the US

On the network side, there currently are two leaders in 5G. AT&T Mobility leads in 5G mobile, and Verizon Wireless leads in 5G home.

In fact, AT&T made two additional announcements last week. It was the first to reach 1 Gb of speed; and Ookla’s
Speedtest crowned it the fastest wireless network in the U.S.

As every company reaches 5G milestones like this, they should be congratulated — and then get back to work and stay focused on speeding up and updating the entire industry. If every competitor would stop complaining and keep building, the industry would be much better off.

Every business revolution has leaders and followers. As long as everyone is heading in the same direction, companies don’t need to be first to be winners. In fact, in wireless, every competitor can be a winner in 5G by focusing on the right areas, like getting the network up to speed.

True, leaders often carve out the path for the direction the industry will head next. Followers don’t often steer the direction of a changing industry. Still, they can do just as well in the marketplace.

This is the story of AT&T and Verizon. AT&T typically is the leader and innovator, being first to market. Verizon typically is the follower. However, both are industry leaders. This is what their competitors should understand.

Leadership and success are two different things. Both leaders and followers can be successful. If they are not, it’s their own fault.

What really matters is that over the next few years, the next generation will transform not only the wireless industry — not only the smartphone and tablet industry — but also, for the first time, other industries as well.

This is a very exciting time in wireless. This is what we should be focused on and talking about. We should be applauding the outstanding ideas and innovations of every player.

When one team wins the Worlds Series or Super Bowl, does the losing team gripe? Of course not. They are disappointed, but they congratulate the winning team and move on. If not, they will not be loved by their fans any longer. Why can’t we do that in wireless?

Consider this comparison. Have you noticed lately how the wireless industry seems to sound a lot like the political world, where Republicans and Democrats cannot see eye-to-eye on anything?

As poisonous as that has been to our political system and to America as a country, the same thing is starting to happen in the wireless industry.

We all should work hard to shine up our industry. We should congratulate each other for innovation and ingenuity, and work hard to reach the next level. That’s the way it should be.

So, competition is good. Being first is good. And being a competitor with a solid product or service is good.

5G will take years to unfold, and every competitor wants to be first at something. We all understand that. For those who are not first, it’s not the end of the world. You can still win — unless you shoot yourself in the foot. Don’t do it!

Companies need to focus on their long-term growth in this new marketplace. That’s the new opportunity. However, there is also a risk for companies who do not focus on owning this changing marketplace.

So, stop worrying about being first. Rather, focus on being among the leaders. Just keep moving toward being a top competitor in the long term. That’s the most important thing any company can do for its investors, customers and workers. Let’s all keep our eyes on the ball!