What Social Can Learn From CRM | Social CRM 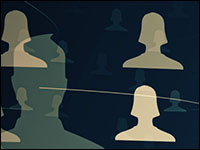 Kara Swisher gave a pretty good impression of a woman at her wits’ end in The New York Times the other day, over social media’s part in recent killings such as in Sri Lanka over the weekend and in New Zealand a few weeks ago.

Social media “has blown the lids off controls that have kept society in check,” she wrote. “These platforms give voice to everyone, but some of those voices are false or, worse, malevolent, and the companies continue to struggle with how to deal with them.”

Indeed, the social media community seems tied up in knots over what to do about all the abuse happening within their communities, but if you look elsewhere you might see signs of solutions that could solve some fundamental problems.

There’s been a chorus of calls from all corners for social media regulation — from pundits like me to the halls of Congress and even from Facebook CEO Mark Zuckerberg himself. A few weeks ago, Zuckerberg
penned an editorial in The Washington Post saying that the first things we should work on or regulate include “harmful content, election integrity, privacy and data portability.”

However, a quick look at the CRM industry reveals that its use of social media coupled with analytics far outpaces anything Zuckerberg’s company is even dreaming about. The solution that works well in CRM has arisen almost by accident, and companies like Salesforce have been bringing solutions to market based implicitly on a few ideas that the greater social media community could emulate.

The Salesforce customer organization owns its data, which is stored in Salesforce, and it is discriminating about who gets to access it. Each organization manages a minimal set of rules about who can use its data, what it can be used for, and things like frequency of use.

The system tracks who uses the data and for what purpose, up to the point of providing reports on customer responses. These are some of the elements of a broader and more professionalized use of social media that could be implemented without a lot of fanfare.

The essence of regulation in our society is that it is bottom-up not top-down. We just finished tax season, and very few of us ever had to consult with a government official or agent who told us what to do and how to file. Some of us filed by ourselves, and a growing number of tax preparation professionals and software firms handled the rest of the load.

We don’t take our taxes to the barbershop — we take them to accountants and lawyers, or people who are certified to do taxes through specialized training in a tax course. Also, if you don’t calculate your own taxes, the person who did is supposed to sign the form too. That’s everything we should expect in finding solutions to the current social media mess.

Drilling Down to Specifics

It isn’t just tax filing that operates this way. Consider plumbing and electrical work. Many people do it themselves, but for complicated jobs, most people gladly hire professionals, because they have the right tools and experience. They also have licenses administered by the state, which enable them to get a building permit if it’s needed.

A job without a permit is liable to be shut down by your municipality, for good reasons. Safety and zoning laws are enforced by permits, and they help the community to maintain standards and prevent wildcats from doing funky things with the plumbing infrastructure or electric grid. 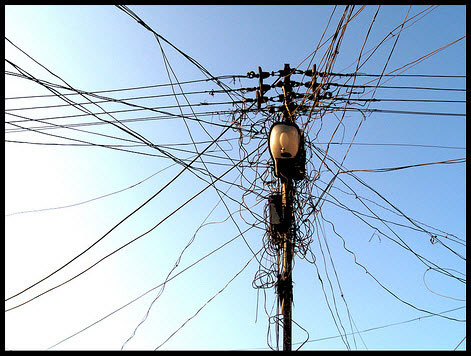 There’s a glaring exception when it comes to social media. What once was seen as an elaborate email system has grown to become a world-girdling data gathering and analysis effort to help customers gain insights into people’s actions and motivations. By the way, a customer is, as always, the one who pays the bill — and for most social media users, that’s not you. You’re another category called “product.”

Zuckerberg might have made a few good points, but he proposed a top-down approach when bottom up would be much more effective. Top-down approaches often are derided as bureaucratic — and they are, because they require laws to cover all contingencies.

In a bottom-up world, individuals with a good amount of training make the calls. That might not be a perfect situation either, but applying local facts to decision-making beats a blizzard of rules.

So, here’s the pitch. If we had a two- or three-tier approach to social media certification, we could solve a lot of problems. Uncertified do-it-yourselfers still could operate on a personal level, but possibly with some restrictions on number of contacts. By analogy, you can mess up your own plumbing but not your neighbor’s.

A do-it-yourselfer named “Mad Dog” shouldn’t be able to blast to the world if you recall that the purpose of social media is to keep up with personal relationships.

Professional users ought to be required to have as much knowledge as a hair stylist to get a certification, and mad dogs need not apply. Real names please. Professionals should be required to put their names or license numbers on their work, just like an electrician pulling a building permit.

I am under no delusions that these suggestions would change everything about the social media landscape, and perhaps that’s a good thing. Social is successful because it’s spontaneous, and it fills a need for maintaining human contact.

People beyond the age of reason don’t like being told what to do, so any regulation needs to be enforced with a light touch. Placing responsibility with the actor fosters a sense of agency, a powerful tool for spreading and sharing responsibility. It works in a lot of places. We should try it in social.