An intense knack for technology throughout middle school and high school where he repaired classmates’ phones and gaming devices set the stage for entrepreneurial success for Adam Zinker, founder and CEO of The Perfect Part. That passion — and a family loan of $4,000 seed money — drove his technology logistics company over the last nine years to become the sixth-largest eBay company in North America.

The 28-year-old entrepreneur gained his e-commerce experience alongside his identical twin brother, Cory. Together they grew their mobile parts shop for the first five years to a business that needed more workers.

They started out selling four products stored inside pencil boxes. It took six-to-seven years to reap massive benefits. Today, the duo has 30 employees who maintain the company’s gross revenue of over US$1.5M per month solely on eBay.

“We do an average over $1.2M per month in gross revenue with our highest grossing month of over $2.2M. Becoming the sixth-largest eBay company in North America was not the plan; it was the side effect,” Zinker told the E-Commerce Times.

Perhaps starting the mobile parts business with his identical twin was one of the driving components to the success of The Perfect Part on eBay, quipped Adam. It let him be in two places at once.

He and Cory figured out during that first year that they each needed to be doing completely different things for the business. Cory controlled everything post-order, and Adam did everything pre-order such as maintaining the eBay platform.

Deciding to go into business on eBay.com instead of Amazon.com was another fortuitous decision that panned out well beyond expectations. Back in 2012, Adam Zinker researched which platforms had the largest audiences. At that point, it was eBay over Amazon.

Perhaps the most important task for the Zinker brothers was to learn about selling on eBay from scratch. Most of eBay today is small sellers who sell used goods. Selling competitively on eBay takes a tremendous amount of knowledge regarding their policies, noted The Perfect Part CEO.

“I like to think of the eBay platform as a programming language. There are policies that as a seller you need to know like the back of your hand in order to succeed, and that takes time to learn,” he remarked.

After selling on eBay competitively for almost 10 years, the CEO feels he knows every policy thoroughly that eBay has to offer. That process led to the company’s expansion from bedroom offices at home to two warehouse relocations.

The Zinkers moved The Perfect Part into a 4,000-square-foot warehouse and hired their sister to run fulfillment. She then hired a team of cherry pickers, a team of fulfillers, and other team members that allowed the company to grow efficiently. 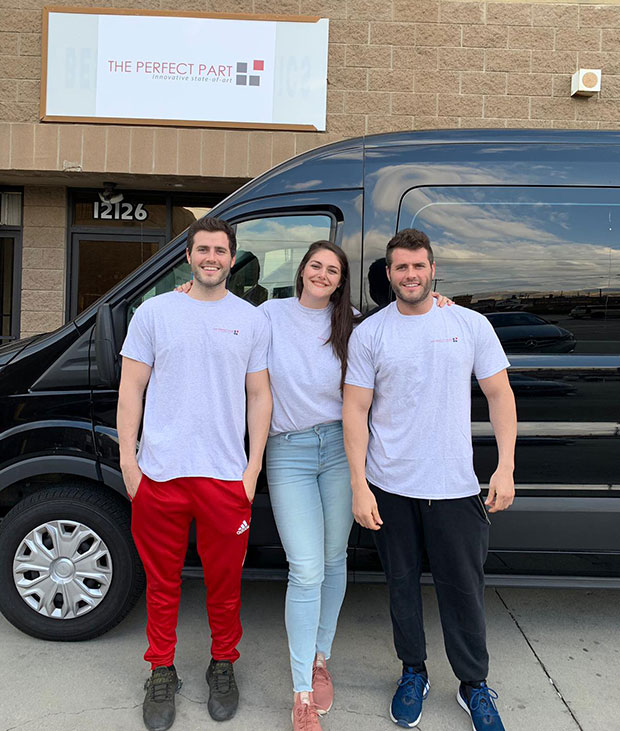 “Since then, having enough space allowed us to grow even faster. A year later, we moved into a 10,000 square-foot warehouse, and today we have over 5,000 unique products that sell at least once a day fulfilled by a team of over 30 people,” noted Adam.

When the Zinkers started selling on eBay, the market was more competitive. Anyone can source parts and sell them, but not anyone can sell efficiently over a long period of time, Adam noted.

There were a lot of sellers competing, but not many who would stay competing for the long run, he added. That occurs for many reasons. One major reason is that eBay’s platform does not cater to small retail stores on eBay, but rather small closet sellers, those who sell used items found in their garage.

“So as a small seller you have to really know what you are doing in order to get past the hump to become a large sustainable seller. For example, when I first started, one of my largest competitors back then tried to run me out of business by undercutting my items on an hourly basis,” he recalled.

The Zinker twins combated this by undercutting the competitor and even sometimes losing money. The goal of the competitor was not to make money, but to make The Perfect Part lose money by selling the same items for barely anything, basically efforting to run the brothers out of business.

“Today, that competitor is one-quarter of our size and cannot possibly compete with us,” Adam said.

Ebay has changed 100 percent since 2012. It constantly changes policies in order to adapt to market needs, he added. As a large seller, you need to make sure you anticipate these changes as well as prepare to pivot in order to succeed.

“Also, the market became saturated with Chinese sellers trying to undercut American eBay accounts. They do succeed, but only in the short term — because American buyers want quality items, and they want [delivery] within a couple days,” Zinker explained.

The market has changed on a global aspect as well. Buyers can find a huge market for telecom accessories on Amazon now but still not internal components.

“I like to put it this way: when your TV breaks, you can find a new TV on Amazon, but you can find the part that will fix the TV on eBay,” he offered.

The Perfect Part grew on eBay to a large degree because the Zinker brothers combined their passion for technology with a focus on organization. They have not limited themselves to selling on eBay. Though eBay remains their primary focus.

The twins are very entrepreneurial. Just in the last year, they considered 10 new brand ideas. Some they executed. Others are ridiculous, noted Adam. For instance, they currently have a vitamin-infused shower head company called ShaiLi on Amazon.

“After we understood eBay, we hired and trained employees, created shipping logistics, fulfillment, etc. We created a machine that the more we introduced new products to, the more employees we hired. We just introduced more and more products that were interesting and that we knew we could sell better than others,” said Adam Zinker. 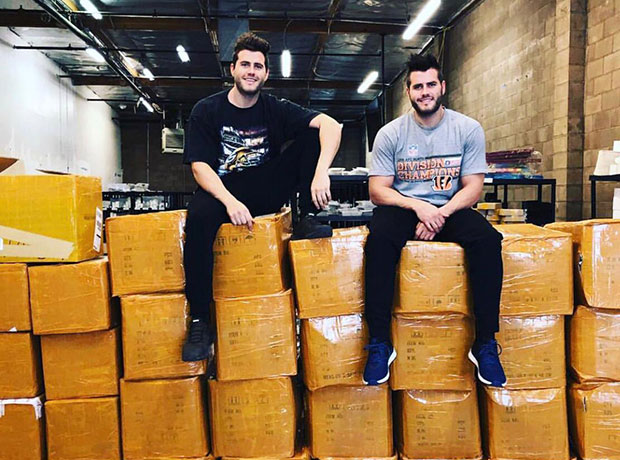 Another key event was making sure your books are organized, he continued. This means P&Ls, Balance Sheets, etc. You do not know how well or poorly you are doing without data to back it up.

“You cannot expand and run an efficient business without knowing what you are doing number wise. One of the largest turning points for us was moving into a large warehouse giving us the space we need. Never in a million years did I think I could fill up 10,000 square feet of warehouse space with 5,000 unique products,” he shared.

That makes inventory management a huge success key. Having thousands of small products, things can get messy.

Equally important in any business is having someone who understands credit and how valuable that is, according to the CEO.

“Cory is a credit account genius. To this day, The Perfect Part Inc. has never had any outside lending, or any amount of interest paid. This is all thanks to Cory and his credit account expertise,” noted Adam about his identical twin.

Cory allowed their business to flourish by expanding it on commercial credit cards for fast and efficient growth. It also forced vendors to take credit card payments because they wanted more business from The Perfect Part. “Cory always said, ‘Why use our money when we can use someone else’s for free’,” noted Adam.

Adam also learned to give moral credit to his workers and trust their performance. He readily admitted that one of his largest key events in growing his business was learning to put important work in the hands of others and trusting that they will do a great job.

In the first years, he would never allow anyone to be on the eBay e-commerce platform. Now he has at least 10 people connected to the platform at any given time — be it customer service, inventory management, or shipping.

People always ask Adam how to sell on eBay and if it can be a career or even an end goal to retirement. The truth is that it is, he replied. However, there are other options that are easier.

Although he does have great success on eBay, there are only a few sellers on eBay that are like The Perfect Part, he added. He has branched out to other selling options, including Amazon.

“If you are looking to sell online full time and make a career out of it, my best advice is Amazon. However, I’m not saying no to eBay. eBay is also a must but should be introduced after gaining success on Amazon. eBay is worth $35 billion while Amazon is worth $1 trillion dollars. This tells you that there are countless more customers on Amazon versus eBay,” he advised.

Jack M. Germain has been an ECT News Network reporter since 2003. His main areas of focus are enterprise IT, Linux and open-source technologies. He is an esteemed reviewer of Linux distros and other open-source software. In addition, Jack extensively covers business technology and privacy issues, as well as developments in e-commerce and consumer electronics. Email Jack. 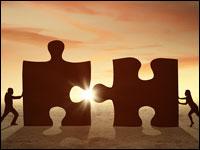 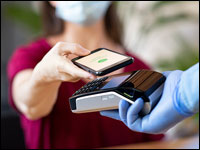 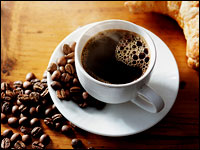