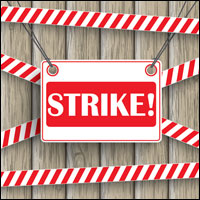 Amazon started the Prime Day sales event five years ago as a one-day offer for deep discounts on products to attract and retain Prime subscribers who get free shipping and other perks. Prime Day last year lasted 36 hours. This year, Amazon is turning the sales circus to a 48-hour event.

Striking for the stated reasons will amount to a wasted effort, Amazon said Monday, because the company now offers what the workers are seeking.

“The fact is Amazon offers already what this outside organization is asking for,” said Amazon spokesperson Katie Loughnane.

“We provide great employment opportunities with excellent pay — ranging from (US)$16.25 to $20.80 an hour — and comprehensive benefits including healthcare, up to 20 weeks parental leave, paid education, promotional opportunities, and more,” she told the E-Commerce Times.

Amazon encourages anyone to compare its pay, benefits and workplace to other retailers and major employers in the Shakopee community and across the country, Loughnane said. The company invites doubters to see for themselves by touring the facility.

Worker unrest at Amazon facilities are common in Europe, where unions are stronger. Amazon’s U.S. workers have not initiated strikes until now. In response to worker unrest and attacks from U.S. politicians to levy targeted taxes against the company for labor issues, Amazon last year committed to paying all employees at least $15 an hour.

Three women from a Minnesota warehouse this spring filed a federal complaint against Amazon, alleging they faced racial and religious discrimination while working there and calling for an investigation.

The women feared taking time off to pray, fast, or go to the bathroom, they said.

White workers were promoted over East African and Muslim Somali workers and given better jobs, they maintained.

About 250 union pilots for Amazon and DHL Worldwide Express staged a brief strike in advance of Thanksgiving in 2016. A federal judge ordered them back to work, thus eliminating any disruptions during the peak holiday shopping season.

Much of the worker discontent at Amazon’s warehouses reportedly involves East African Muslim immigrants. Strike organizers claim those workers compose the majority of the company’s workforce at multiple Minnesota facilities.

Union leaders reportedly want Amazon to lower productivity quotas that they contend make the jobs unsafe and insecure. Those demands could be bolstered by promises of support from within the Amazon hierarchy. Many of Amazon’s white-collar engineers are expected to rally around warehouse strikers.

Some Amazon workers at the Minnesota plants have taken their complaints to the federal government. Their activism earlier this year was punished illegally, they say in a claim to the National Labor Relations Board.

The board has received about 50 complaints about Amazon, most of which have been withdrawn or dismissed. The Shakopee worker complaint stands out since it alleges collective mistreatment of more than a dozen staff.

The reasons put forth for the threatened Prime Day strike by warehouse workers are baseless allegations, according to Amazon’s Loughnane, who maintained that in particular, there has been no shortage of full-time job offers.

“Productivity metrics have not changed since November 2018, more than seven months ago,” said Loughnane. “Associate performance is measured and evaluated over a long period of time, as we know that a variety of things could impact the ability to meet expectations in any given day or hour.”

Amazon’s policy is that more than 75 percent of associates already are exceeding rate expectations before any changes are considered. The company supports people who are not performing to the levels expected with dedicated coaching to help them improve, she said.

Amazon runs its operations meticulously and plans for contingencies, so functional disruption to its operations as a result of a strike at one location will not have material impact, according to David Camp, managing partner at
Metaforce. He previously headed marketing at Amazon Wireless.

“From a PR perspective, a symbolic strike of even a small order will of course prompt widespread media attention, given that the media often likes to portray Amazon as evil overlord of e-commerce,” he told the E-Commerce Times.

Most people employed at Amazon warehouses are happy with their jobs, Camp said, but “Amazon’s institutional arrogance” may have contributed to slowness in shaping the narrative of its employment practices. As a result, the company is now on the defensive.

“Still, Amazon labor practices and benefits to warehouse workers are comparable to if not better than industry standards,” he said.

While it’s unlikely that the upcoming strike will disrupt Amazon sales in the short term, it will have a critical effect on consumer perception and awareness that could influence purchase behavior in the longer term, observed Anjali Lai, senior analyst at Forrester.

It could encourage coworkers elsewhere to stage similar job walkouts, she told the E-Commerce Times. Empowered consumers and employees are not averse to leveraging their passion to make a coordinated statement.

“Especially because white-collar workers plan to join the protest in solidarity, Amazon should recognize that its brand is not immune to values-driven uprisings from any employees at any level or in any function,” said Lai.

The planned protest has the potential to exceed the damage done by previous publicity about Amazon’s dubious company practices. So far CEO Jeff Bezos has been extremely nimble at crisis control.

However, “this planned protest poses a bigger problem because of what it represents,” suggested Lai.

“This potential walkout comes at a time when consumer and employee emotions around company values run high,” she said, “when consumers and employees want to be a part of the solution — not just recipients of the latest top-down decision — and when a stellar customer experience is no longer enough to buffer against a lacking employee experience.”

Amazon needs to treat its employees with the same degree of “obsession” that it claims to treat its customers, according to Lai. She suggested five helpful company responses:

“Although raising wages and tweaking company policies may appear to appease employees for now, these tactics don’t address the underlying issue and won’t stave off future protests that are likely to grow in scale and intensity,” said Lai.

Amazon also must assess its role as an industry leader, said Metaforce’s Camp. The company should better recognize that its position at the top of the food chain comes with greater expectations of corporate responsibility and transparency.

“Further, Amazon should be more proactive in promoting the reality of its labor practices with data and facts,” he said, “and bring the faces from the factory floor to the fore of the conversation to illustrate how most workers are in fact happy to have their jobs.”