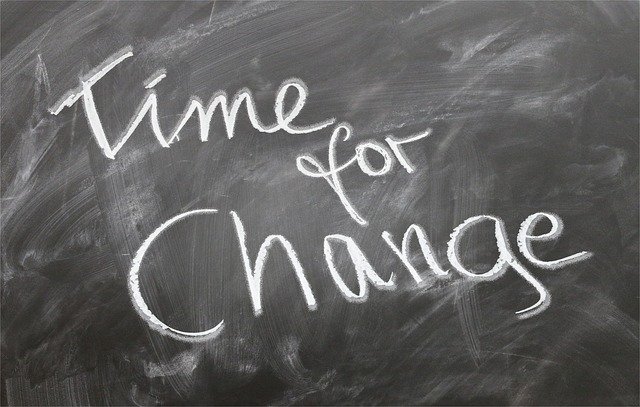 Summary:
The COVID-19 crisis has triggered some significant changes in how organizations go about their support operations – and there’s every chance that there’s no going back.

Remote working and shelter-in-place mandates have driven a sharp increase in adoption of online platforms and practices. They’ve also powered a global uptick across all industry sectors in support requests, according to Zendesk research. That in turn, is changing the nature of how organizations engage with their customers.

Those are top-line findings from Zendesk’s Benchmark Snapshot, the result of tracking support interaction data from 23,000 companies around the globe since the start of the COVID-19 outbreak. It’s updated on a weekly basis in order to reflect changing circumstances with the intention of providing insights into customer behaviors to allow companies to shape and adapt their support operations accordingly.

A number of key trends have emerged over the past couple of months, according to Ted Smith, Senior Director, Zendesk Benchmark, starting with support ticket volume:

We have seen that spikes in support requests have tended to follow increases in outbreak numbers and government announcements around the globe and we’ve actually seen this hold pretty true across all markets. So when we look at the data from late February to today, the average weekly requests handled by support teams globally has increased significantly. It’s actually reached an all-time high this week, being 20% above the pre-COVID levels. This is largely driven by companies in sectors that are most impacted by the recent crisis. So, think remote work and learning companies, food delivery services, e-commerce, gaming, entertainment companies, and even on-demand grocery companies.

Another significant trend has been around channel shift, he says:

Requests are coming in over messaging, chat, social media and text. They’re all up significantly and are way outpacing traditional channels, like phone, where we actually saw the number of tickets logged decrease as call centers were likely overwhelmed with volume and customers. [Customers] are also looking to find answers themselves. So we saw that views of companies self-service resources, like an online help center, actually increased almost 80% since late February.

All in it together

A particularly interesting finding is that while in certain industries it’s taking longer for organizations to resolve customer issues, customer satisfaction levels are holding steady and have not declined as might have been expected. Customer patience is perhaps higher given the exceptional circumstances of pandemic disruption which is placing higher-levels of demand on companies of all sizes. Support requests from enterprises are up 23% and SMBs by 21%, notes Elisabeth Zornes, Zendesk Chief Customer Officer:

Everybody is in the same boat and is experiencing a new normal. If you’re the smallest company or the largest enterprise, it’s true across the board.

That said, there are variations across industries, she notes, both private and public sector:

For example, grocery delivery. I’m an Instacart customer myself and that allows me, with shelter-in-place, to still have access to my favourite foods, and to be able then to get my favourite foods into my home. A lot of people are doing the same and Instacart volume has experienced significant growth. They hired about 300,000 people to serve up to the demand out there. With that, we are seeing requests grow pretty significantly in that area, where customers are interacting with grocery delivery.

As for the public sector space, she adds:

Government municipal units are now engaging with customers much more on an online basis than we have seen in the past, and in some cases standing them up really, really quickly. That [activity] reaches from support for small businesses, support for a particular parts of the population, all the way to unemployment benefits, doing this now remotely and seeing in some cases a dramatic increase on volume.

It’s the same story with remote working and learning platforms, she says, where there has been an 85% increase in average ticket volumes for these companies, and a 376% jump in knowledge base views:

Obviously right now, we are engaging remotely. As a company, Zendesk is a prolific user of Slack, connecting teams that normally would have been in the same space, allowing them now to connect virtually and to engage. Those [Slack-like] companies again have seen a dramatic increase of the volumes [of support requests] as the business is growing at the same time.

And with lockdown in place around the world, people stuck at home need to find ways to entertain themselves, hence an uptick in gaming and in business for providers of platforms to support collaborative community activities. Zornes cites Discourse, an open source service that makes it easy for friends and groups to communicate during this time, and to engage via voice, video and text:

They have seen their usage usage triple during this time. A lot of communities have started to grow dramatically. From virtual classes to book clubs, study groups, restaurants, there’s a whole portfolio of different activities that brings people together, where you see dramatic growth.

But balancing this out are those industries that have been negatively impacted by COVID-19, such as travel and hospitality:

In airlines, initially at the beginning of the crisis, there was a massive spike, when all the re-ticketing or refund activity took place. But obviously now there is a dramatic decline as people have cancelled their travels. Travel has been reduced dramatically. The ride sharing business has plummeted dramatically from its usual rates.

All around the world

The global nature of the pandemic means that organizations across all parts of the world are impacted, albeit to different extents and at different rates, says Smith:

In the US and Canada, what you can see is just an explosion in volume that steadily increases over time, up to the point where this week is actually up 24% since February. I find this particularly interesting given that many states are now looking at how they start to re-open and kickstart their economies. It [will be] really interesting to see how this is going to evolve as states start to open up.

If we look at the EMEA region, we’ve seen some interesting fluctuations in the data year-on-year, particularly significant spikes in Germany with pretty steady increase there and some recent spikes year-over-year in France. Then if we look at the United Kingdom and Italy, what we’ve seen is is some really notable volatility. That’s particularly interesting given that these were the couple of markets within Europe that were  hit the hardest by this pandemic.

Asia-Pacific, including China, has been the most volatile and unpredictable in terms of the data set, he adds:

Obviously, the number of cases spiked in APAC before some other regions and we definitely see that in the data. But if we look at the data today, tickets are currently up 27% in Australia as it looks to open up its economy, Japan was was following a somewhat similar trend to last year, but recently we’ve seen this 14% increase in ticket volumes. And Singapore is interesting – we’re seeing another recent uptick in ticket volume,  just as [it’s announced] the government-imposed circuit breaker measures are going to continue into June, despite it looking early on like this thing may have been been more under control.

As the crisis continues, the Zendesk data set will continue to grow and the conclusions to be drawn will evolve over time. In the meantime, attention is turning at national and global level to what comes next. There are too many variables in play to make definitive predictions, but there are some early conclusions to be made about the so-called ‘new normal’, suggests Zornes:

We’re not going to snap back to where we came from. For example, Twitter has announced that employees can work from home forever, that they are changing the whole approach on how they are working. That has profound changes for how we set up, how we engage [with customers] and how customers engage with companies.

Such change can be seen as a positive, she argues:

There is an opportunity to really pivot and to seize this moment. There’s an opportunity in every crisis to seize the moment and re-think how we can engage with our customers, how we can do that in new and different ways that can help them remotely and help drive interactions in a very positive way.

Here in California, we are still sheltering-in-place. There is a limited opportunity to get some supplies, and some businesses that we would have never anticipated we would have an online transaction with, are now going online. If I want to buy my gardening needs – plants, basic things around gardening – I would have never anticipated I would order that online and do a delivery to the home or a curbside pick-up. I think there is an opportunity for companies to really re-think  how they can play in that environment.

As there isn’t clear visibility into what’s to come over the next few months, the key word for organizations is going to be agility, she concludes, a sentiment that the data backs up according to Smith:

The most obvious thing to predict is that the environment is actually going to be unpredictable. We’re seeing in our data, such fast changes. Our data is really showing that the way customers are engaging with companies is changing almost on a weekly basis…Businesses need to be adaptable. None of us know what the environment will be like a week, a month, or even a year from now, but we do know that it’s going to be different.

So things like request volumes are likely going to change. The channels that customers are engaging businesses on will likely change. And we’ve seen that that change is going to happen fast, so businesses really do need to make sure that they’re in a position to to adapt quickly,  I would say almost instantaneously, as these changes emerge. But, businesses do need to be ready for that change because it is coming.

An excellent snapshot of the changing world in which we find ourselves. The ongoing nature of the study program is particularly valuable as things are moving so fast. As Smith observes:

Just when we think we know what’s going to happen next week, we see some changes in the data.

But we can conclude that change is the new constant and against that backdrop, the emphasis on the need for organizational agility have never been more important.

Disclosure – At time of writing, Zendesk is a premier partner of diginomica.